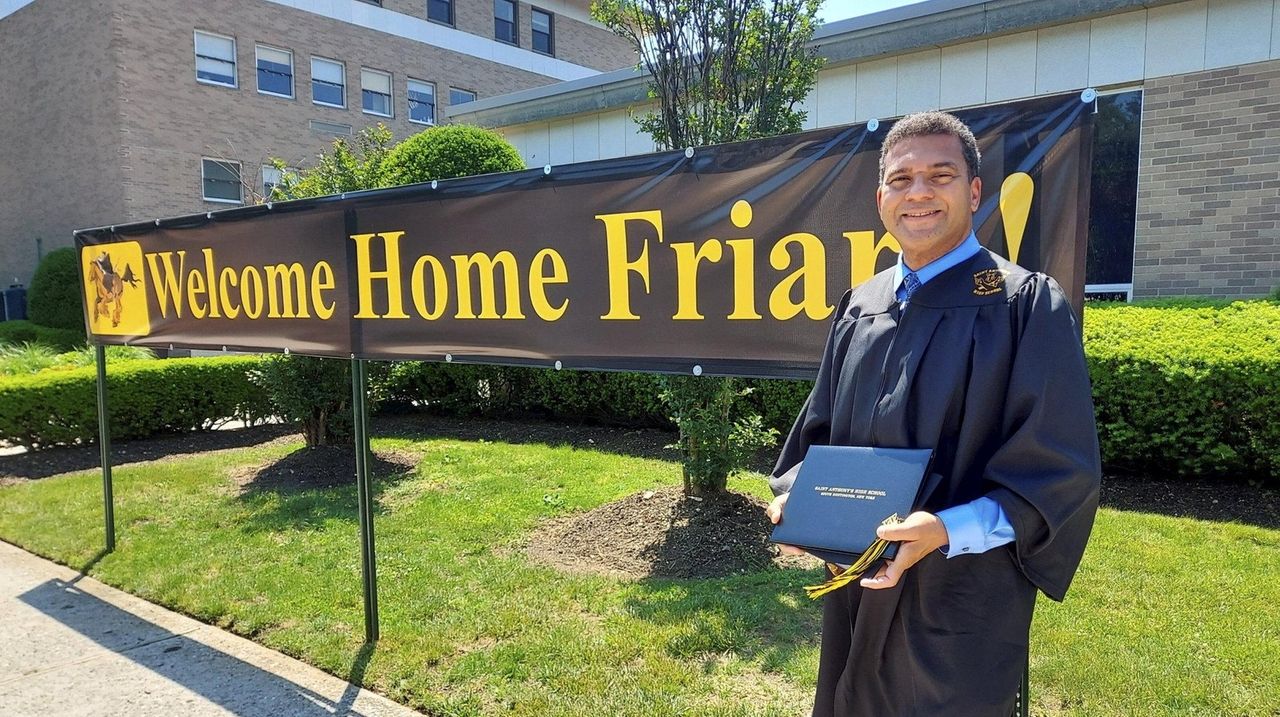 Racism affected my whole education. I remember the summer of 1976 vividly. July 4th was my sixth birthday and our country’s bicentennial, and I experienced my first visit to a public school in our district. An administrator said to my African American grandmother as I stood next door, “I don’t care if you live in Massapequa – no colored children will go to this school!”

Although our home is in Nassau County, East Massapequa has been creatively altered so that students are relegated to Amityville Schools in Suffolk County. Lawmakers did not like the “city infestation of colored people,” as a representative of the Massapequa Chamber of Commerce told my grandmother. It set the tone for discrimination there.

Instead, I attended Maria Montessori School, then in Massapequa. The manager was delighted that I was “the only mulatto boy in first year”. Mom and Dad explained to me that the manager was excited, saying that I was “special to be part black and part white”. I didn’t quite understand the relevance, but I prospered academically.

Soon, however, classmates started calling me “Kunta Conte”, in reference to “Kunta Kinte” from ABC’s “Roots”. This and other racist slurs – and escalation to violence – lasted four years at this school, my next four years at St. Rose of Lima in Massapequa and St. Anthony’s High School in South Huntington. In sixth and seventh grades I was called racial epithets and I was hit and hit and hit. In 1982, a boy punched me in the nose, knocking me over. I asked why he did this. He said, “Because —– don’t belong here!”

That year I joined the student council, but the president didn’t like being “forced to serve with a half negro.” One day he and his friends cornered me and he punched me in the chest. I responded with a hard punch to the jaw. After that, no one at the school tried to physically assault me, although the insults continued. I was also shunned, rarely invited to parties: “Sorry, Bob, I want you to come, but my parents don’t want black people in the house” and “I have no prejudices, but if my neighbors see, I ‘I’ll be in trouble. ” Fortunately, a few classmates completely kissed me. We proudly called ourselves “the island of the uncontrollable boys”.

I got into my studies, after-school clubs, sports, and selling comics. A mark of 100% on the Regents chemistry exam and 98% on the Regents algebra exam gave me hope that things would change. But some students asked if I cheated or stole a copy of the test. In open class, one of them asked our teacher, “Do black people get extra points for affirmative action?” It was humiliating.

I wasn’t greeted by a lot of people due to my biracial (Italian and Afro-Scottish) ancestry, and it hurt. I also embraced the legacy of my Métis father and mother. Yet black people also avoided me. I realized that all multiracial children have their own identity issues.

A classmate invited me to be his prom date, but reneged on fear of being ostracized by family and friends for going with someone “not quite white”. It was the last straw; I was spiritually broken, wanted nothing more to do with school, and was repeatedly absent. My grades suffered and I stopped caring, no longer knowing the joys of senior activities, including my graduation in 1988. I never graduated. I had finished!

I enrolled at Farmingdale State College in 1989, but the same issues existed. In my business administration class, a woman and I worked on a presentation and we really liked each other. Rumor had it that she was a “bitch” and “black guys” – wrong and unfair. She couldn’t handle it and stopped socializing with me. Losing her friendship was difficult and helped me see that my life here would not improve.

Fortunately, my first comic – a biography of my favorite rock band, KISS – sold out. At 19, I was suddenly an emerging talent and decided that my path to happiness could only be achieved by not going back to college and focusing on my career. Eventually, I left Long Island for Manhattan and wrote and edited comics featuring iconic and quirky characters.

Later my dream came true: to work for KISS, write cover notes, help remaster many albums, and collaborate with co-founder Gene Simmons. I used my knowledge of pop culture to improve other iconic brands including “Star Wars” and Disney characters. Millions of copies of my work are printed and I feel blessed to have achieved so many goals. Something, however, was still missing.

Last fall, St. Anthony’s Alumni Principal Denise Creighton invited me to a Zoom Open and Honest Conversation with Alumni of Color event. She was aware of my academic difficulties and believed that I could help new students. Telling my story and hearing the experiences of others was too much for me. After the end, tears rolled down my face, mourning the child and teenager inside. But the support from past and present students and staff has been amazing and has been part of my healing process.

The last principal of the school, Brother David Anthony Migliorino, invited me to obtain my official diploma, with cap and gown, at the age of 50. After 33 years, I was faced with the reopening of a dark and closed chapter in my life. I decided to come back, officially accepting my diploma during the live re-entry on June 5th. As I stood up, I was greeted with thunderous applause followed by a standing ovation. Wow!

Obtaining my official diploma symbolically and spiritually reopened the door for me to continue my studies. Looking back, I shouldn’t have let my racial prejudice get me down to the point of hurting myself for failing my degree. Yet the education I received has helped me pursue my dreams and earn a living, along with incredible experiences. Accepting my degree puts an end to most of the terrible events I have been through so that one day I can focus on earning a master’s degree.

This experience made a difference for me and maybe my story can make a positive difference for others who have been discriminated against because they are just themselves. Recognizing what has happened to others and to myself is a wonderful first step in healing the wounds of racism.

Today, I have a strength that I haven’t felt in a long time, and I want my three children to see that their dad considers education important and that it’s never too late to heal and live. improve. As I am always proud of them, I hope to make them proud of me too.

Buy these 3 stocks which are also bets on Bitcoin