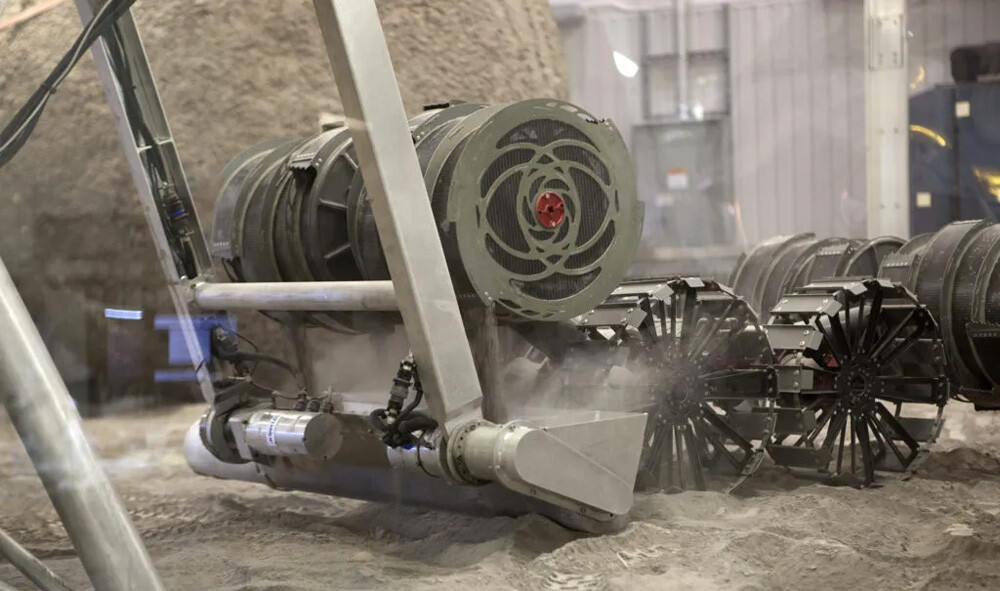 If freed from its eternal shadow and cold, this water could nourish crops, quench astronauts, and provide a vital source of fuel. After all, rocket propellant is just liquefied hydrogen and oxygen mixed together to produce a big boom. But rockets have to carry all the propellant from the start, wasting a lot of space and mass and increasing launch costs exponentially. Still, we can get around this problem by collecting said ice, potentially with one of these moon fox-like things:

Another solution is offered by Redwire, a Florida space infrastructure company. In 2021, Redwire won NASA Phase I Breaking the Ice Lunar Challenge, snagging $125,000. Although in the realm of space tech, 125 Gs is the equivalent of that tarnished penny you found vacuuming crumbs from your floor mats.

Still, prestige is valuable. How lucky is it to working alongside NASA on the fucking Moon. Redwire’s design won because it’s simple, economical, and doesn’t have complex systems that could backfire in so many ways. Instead, he uses a small Lunar Regolith (L-REX) excavator to excavate the icy ground and a low-mass rover, the Lunar Transporter (L-Tran), to transport L-REX and all the ice.

Despite its simplicity, a Tran and Rex duo could provide NASA with 60,000 pounds of water per year. Maybe enough to lift the Draconian, Scope-like water restrictions and allow astronauts a nice hot shower.

Additionally, if such an ice-gathering plan were to come to fruition, our full-fledged race could establish lunar fuel depots in orbit near Earth, save $3.5 billion per year. Spacecraft would no longer need to carry all their fuel, making take-off much easier and cheaper and providing a wider view for exploratory forays. In an even more distant future, we may install such fuel depots along space routes. This network of cosmic truck stops would allow us to fill our fuel tanks and fill ourselves with hateful astro bath salts, as our cyborg descendants explore ever deeper into the unknown.