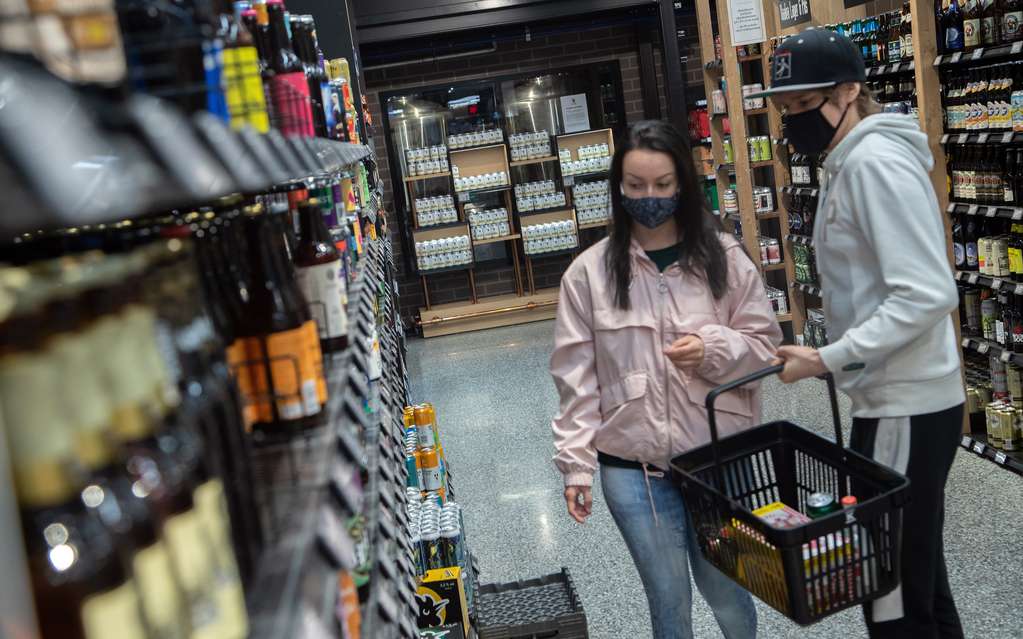 Alcoholism: how to overcome a disorder that lasts and gets worse over time

The World Health Organization defines alcohol “as a psychoactive substance with addictive properties, which has been used in many cultures for centuries”.

In the history of mankind, alcohol-based drinks or concoctions have been used in various situations of daily and social life. Before Jesus Christ, some civilizations made drinks with alcohol and used it as food and also in religious rituals to generate different states of consciousness, customs that have been maintained over time and have left accentuate and expand.

From mead, fermented (like wine and beer) to distilled (like whiskey and cognac), alcoholic beverages, with variations, they have accompanied us and continue to have impact in our life. Its characteristics change and its consumption increases at younger and younger ages, which generates serious individual and social problems.

“We are living in difficult times, but no, impossible to pass. Loneliness does not help the alcoholic, ”explains Alcoholics Anonymous, through Corina Carabajal, class A guard (non-alcoholic professional) and coordinator of the Argentinian headquarters of this international community. And he adds: “Alcohol is a drug central nervous system depressant, progressively inhibits cerebral functions, affects the capacity for self-control and destroys everything around it, especially the family ”.

For his part, the psychiatrist and neurologist Enrique de Rosa Alabaster (MN 63.406) describes how it gradually affects the excessive consumption of alcohol: “We can start with affections at the cerebral level: alterations in coordination functions, reaction time, dyslalia (the babbling typical of alcoholics is not only due to cognitive difficulties but mainly to motor activity problems). Later, other motor impairments appear which are not only those of coordination, which are thus exteriorized, but it is an affectation linked to divergence, the difficulty of measuring, which is why we generally speak of increasing the base of support, the widening of the opening of the legs serves to have a wider base of support, so as not to fall ”.

De Rosa continues: “The impairment of motor functions added to dysmetria gives a motor clumsiness, there we have the falls, a series of behaviors that occur like a puppet. Later, brain problems which will have to do with the emotional capacity and, basically, this pathological sincerity of the alcoholic ”.

In some age groups, the pandemic and its mandatory isolation have increased the tendency to consume alcohol. A work of the Secretariat of Comprehensive Drug Policies of the Argentine Nation (Sedronar), published in April of this year, among other topics, analyzes and gives results on the experience of the consumption of alcohol and other substances during social, preventive and compulsory isolation (ASPO).

The analysis was carried out on two groups of people (men and women): 35 to 59 years old and 18 to 34 years old. The result showed that alcohol consumption in the adult population was crossed by feelings of “gratification” which masked, especially in women, certain discomforts linked to ASPO such as questions, the inability to go out or fatigue.

These women noted that they noticed a marked increase in the frequency of their alcohol consumption during the first period of quarantine, but that when they realized that the isolation time was going to be extended, they worked to moderate their consumption. The two times the increase was recorded were at lunchtime and at the end of the day, as they linked it for pleasure and leisure and it helped them overcome the angst and uncertainty of the context and be a game-changer. Men also reported consuming daily but for different reasons, “to have something different and / or to be rewarded”.

Regarding the increased female consumption, Enrique de Rosa adds that “although there has always been alcoholism in women and men, there were differences even in the type of drink. Traditionally, all sugary drinks are linked to female preference. Today there is a problem of alcoholism in women which must be higher in percentage than in men, and there is an increase in the absence of certain inhibitor brakes, also because it may be a fairly new habit. In general, women have lower alcohol resistanceThat is, there is a certain difference in the metabolism of the alcohols themselves, but the other is that when they act through behaviors that are almost socially imitated by men, they end up drinking in significant quantities ”.

According to the work carried out by Sedronar, during the ASPO there were also adults who decreased their alcohol consumption because they defined themselves as “consumers only in social gatherings”, and because if virtual meetings with friends could invite them to drink, it was in smaller quantities than face-to-face.

Something similar happened with young people between the ages of 18 and 34, among whom a marked decrease in consumption during isolation because alcohol consumption is linked to sociability and the absence of events and the inability to frequent leisure spaces with friends. This is an important fact because a study carried out in 2019 by the Observatory of Drug Addiction and Problematic Consumption of the Buenos Aires Ombudsman’s Office found that not only more young people drink alcohol, but also starts at a younger age (about 12 years old).

How to treat this addiction

Lawyer Carabajal maintains that “alcohol does not discriminate against anyone. Neither the poor nor the rich. The problem of alcohol consumption is for us to be aware as a society naturalize this consumption and many times we look sideways ”.

And he adds: “This is why it is important that society does not consider the alcoholic patient as an isolated population, it is a patient who is only aware of his illness when he assumes it. And you have to go with it. And the best way to go with it is reduce this boundary between the Alcoholics Anonymous community and the subject, which does not mean that it does not accompany psychological or psychiatric treatment ”.

The treatment of this dependence requires covering two fundamental aspects for the recovery of the alcoholic person, whatever their age and condition.

“It can help to use pharmacology, a treatment for injuries and ailments it makes on the brain and body. They can be used supplements, neuronal stimulants and protectors and others used to treat dependence on other types of substances (opiates, heroines). It is necessary to treat cirrhosis of the liver, which is central to it because neutron-generating bodies accumulate which, in turn, are neurotoxic. The clinical part is vital, ”explains de Rosa.

The expert adds: “And then you need a non-chemical, non-pharmacological treatment, related to psychological, behavioral factors habits, where we also work on the confinement of the person and his entourage. There is little point in working on the causes that led to it, even if, in general, the treatment of psychotraumatic pathologies is essential ”.

During quarantine, this organization had to close some 700 groups in which normally and in person, participants shared their experiences seeking sobriety and with the goal of helping other alcoholics overcome their sobriety. addiction. Difficulties have forced them to reinvent their bonds and, Carabajal says they have “made a virtue of necessity, and it is wonderful to be in touch with colleagues from almost every corner of our nation, because if we have daily difficulties, in these circumstances, more ”.

The meetings continue and as they support it, in this community there are those who hit rock bottom and who, after having made a moral inventory, are born every 24 hours, who are free to enjoy the sun on their faces, to watch and to feel, to have hopes, dreams, embrace those they love, laugh, hug, sleep peacefully, dream, fall in love, live and live enjoying the freedom that sobriety allows.