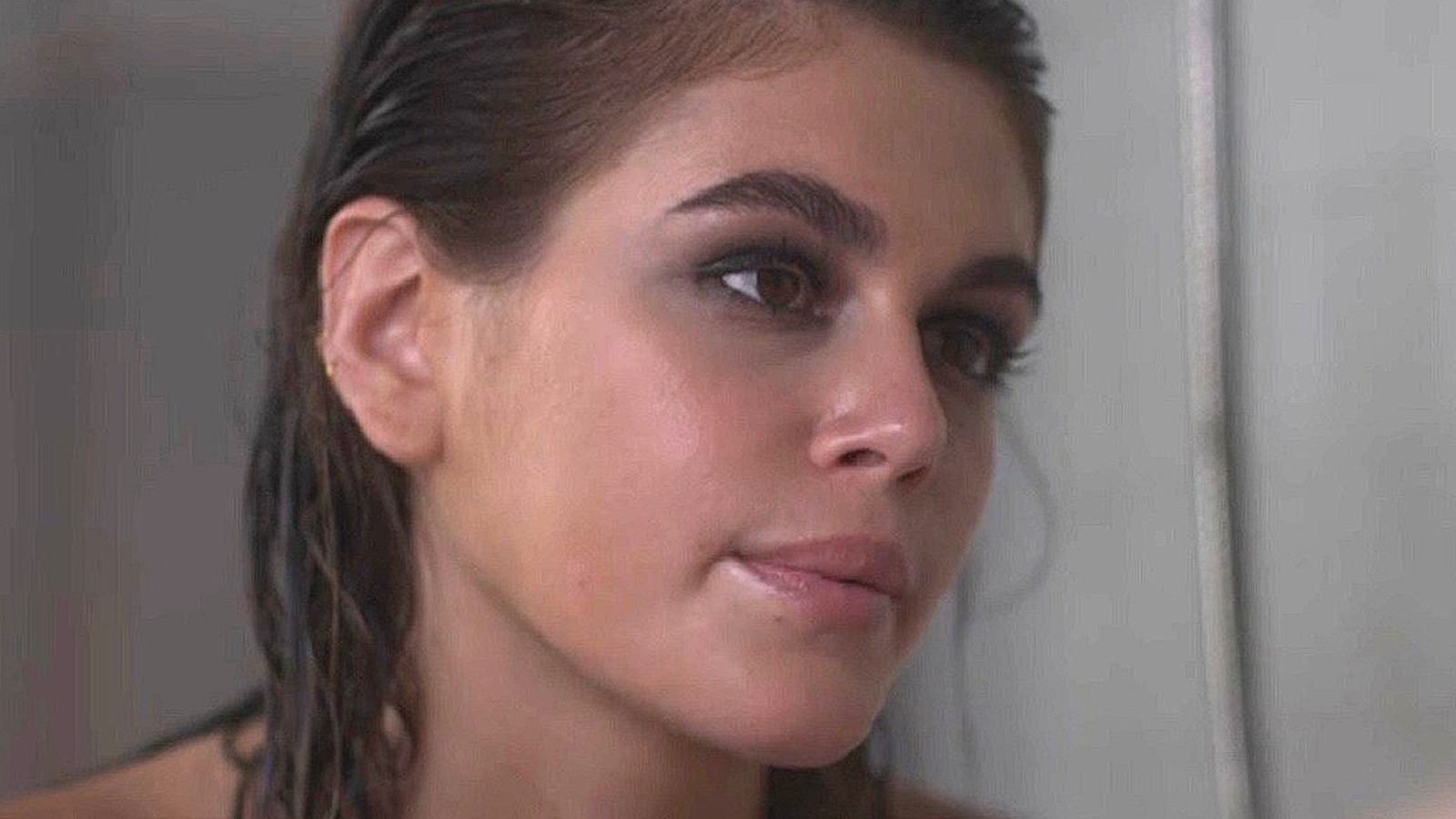 
Halfway through the first part of “Rubber (Wo) man,” we learn that Scarlett isn’t just a stylish, moody teenager. She is confronted by Michael and Troy for watching extremely violent SM pornography which they believe goes beyond the normal limits of sexual curiosity.

If Scarlett flirted with an unsettling amount of darkness before moving to the Murder House, those interests are amplified to an extreme degree when she begins to don the rubber suit. The second time she wears it there’s a photo of her eyes going completely black, implying that the costume has some kind of supernatural effect on her. By the end of Part 2, Scarlett has committed countless murders – most notably the murder of a group of mean girls who tormented her – while wearing the costume.

This begs the question: Was Scarlett always destined to become a sadistic serial killer, or did she come under the demonic influence of the costume itself? As with many things in the “American Horror Story” universe, the answer most likely lies somewhere in between.

At the start of Part 1, Scarlett is in a human anatomy class discussing the parts of the brain that cause our fear response. She proposes her own theory: “Shame [not fear] is what keeps us from being ourselves. ”Given its association with the ghosts of“ Murder House, ”it’s clear that the rubber costume itself has a supernatural element. But it also has a practical element. Very standard, it covers Scarlett’s face and body and allows her to live out her violent fantasies anonymously and without shame.

Perhaps she would have gone on to live a normal life if she had never met her, but it’s clear that even before the rubber suit came into her life, Scarlett had an innate attraction to sadism. .