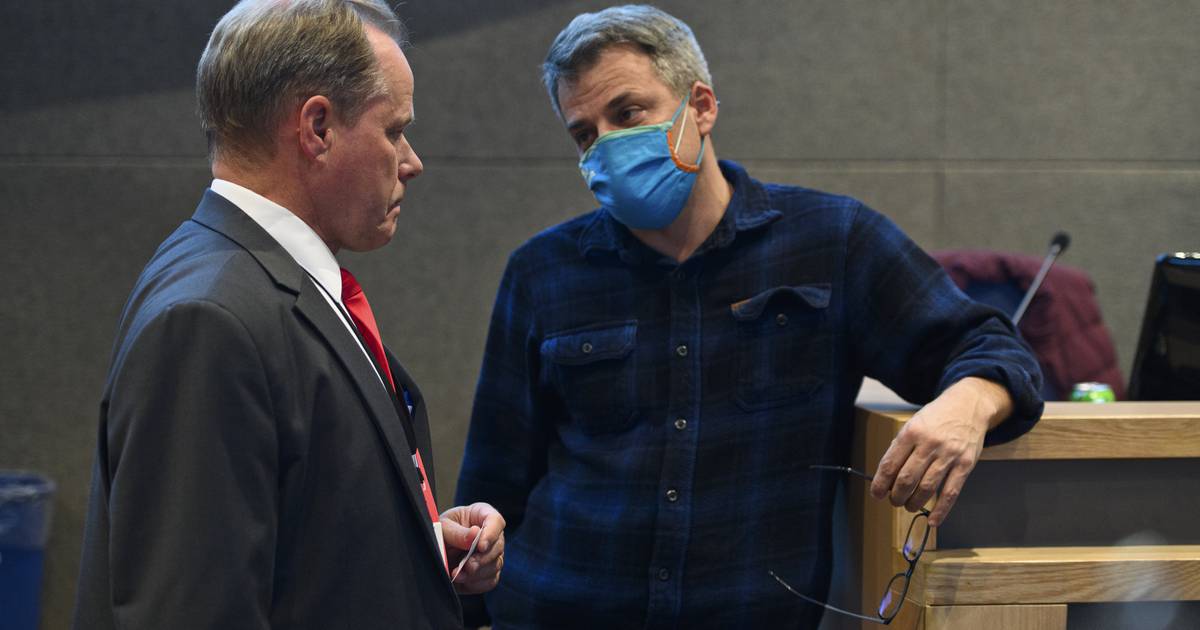 Are the mistakes of the Bronson administration a sign of corruption or incompetence?

Dave Bronson’s tenure as mayor has been a whirlwind: scandals, lies, incompetence and bad decisions. Bronson and City Manager Amy Demboski prolifically beat the public with mischief as far as it seems normal. Disable water fluoridation? Strange choice, but OK. Refusal to execute the approved budget? How did that happen ? There is a laundry list.

Few of the Bronson administration’s problems have the gravity of the botched hiring of former health department director Joe Gerace. By hiring Gerace to run one of the city’s largest and most influential departments, the administration has failed to identify him as the crook he clearly is.

Bronson missed that, City Manager Amy Demboski missed that, and “Head of Human Resources” Niki Tshibaka missed that. They missed the fact that he didn’t actually have the two master’s degrees he claimed and wasn’t actually a licensed paramedic. They even missed that he wasn’t a member of the National Guard. In fact, it has been deforming for years.

These claims should have been easy for the administration to verify, but when a former Gerace employee questioned the alleged work history, Tshibaka called it an “assassination” of Gerace’s “sterling character”.

We know all this thanks to excellent reporting by Lex Treinen of Alaska Public Media and Curtis Gilbert of American Public Media, who spent weeks doing what Tshibaka is paid by taxes to do: fact-checking the resume of Gerace.

Not only did Dave Bronson hire a crook, but he hired one so bad at his job that he messed up the Bronson administration’s COVID-19 response, resulting in the shutdown of testing sites and pretending that the pandemic did not exist. People died because of it. He also oversaw the homelessness response, which involved closing the Sullivan Arena and busing people to a campground in bear country with no services. The campground, miles from routine services, continues to be a nightmare. A woman recently gave birth there. This week, another person died.

Some say the Anchorage Assembly dropped the ball because we voted 7-3 to confirm Gerace as director of the health department despite credible testimony in the opposition. I voted to uphold it in part because of the bullied narrative that the Assembly’s sole purpose was to viciously block all of Mayor Bronson’s goals. I also voted yes because I incorrectly assumed that the information provided to the Assembly by Bronson and Tshibaka was accurate. This will not happen again.

The Gerace scandal is shocking, but when you step back, it’s clear that one of two things happened. Either Bronson and Tshibaka knew Gerace was inflating his credentials but didn’t care, or Dave Bronson’s so-called “head of human resources,” Tshibaka, failed to do the most basic background check. Corruption or incompetence.

And what is their proposed remedy? Investigate themselves. Oh good?

Well, don’t worry, I’ll be even more vigilant from now on. I will review Mayor Bronson’s decisions with renewed vigor, as it is now abundantly clear, almost halfway through his term, that he or his administration cannot be trusted to work on behalf of residents of Anchorage.

Christopher Constant is the Vice President of the Anchorage Assembly.

The opinions expressed here are those of the author and are not necessarily endorsed by the Anchorage Daily News, which welcomes a wide range of viewpoints. To submit a piece for review, email comment(at)dna.com. Send submissions of less than 200 words to [email protected] Where click here to submit via any web browser. Read our full guidelines for letters and comments here.