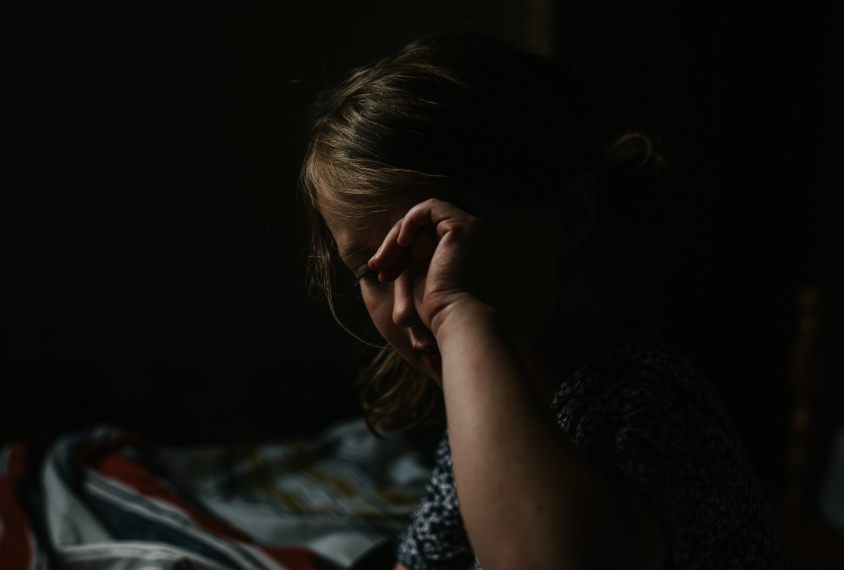 Children with autism are more likely to have rare variations in genes linked to circadian rhythms and insomnia than their unaffected siblings, according to a new study.

The findings support a genetic link between sleep, circadian rhythms and autism, says Thomas Jongens, associate professor of genetics at the University of Pennsylvania in Philadelphia, who was not involved in the study.

Most children with autism have trouble sleeping, which can exacerbate other problems associated with the condition. Sleep problems allude to disruptions in the circadian clock, a cellular timer that keeps cells in sync with the day-night cycle.

Previous studies have pointed to a genetic basis for sleep disruption in autism: mice lacking BMAL1, a central circadian clock gene, have atypical social behaviors and motor difficulties, for example. And people with autism – even those who sleep well – are twice as likely as people without autism to carry alterations in genes that control the circadian clock.

But the new study took a “unique perspective” by focusing on copy number variants (CNVs) – deletions or duplications of large chunks of DNA – says Olivia Veatch, assistant professor of psychiatry and behavioral sciences at the ‘University of Kansas at Kansas City, which was not involved in the work. This is something that has not been done before, she adds.

Jhe new work analyzed the genetic data of 5,860 autistic children and 2,092 of their unaffected siblings from two genetic repositories, the Simons Simplex Collection (SSC) and MSSNG. (The SSC is funded by the Simons Foundation, Spectrum‘s parent organization.) The study also included genetic information from 7,509 adolescents and adults from the general population.

Compared to their unaffected siblings and unrelated controls, children with autism harbored more CNVs in 312 genes that govern the circadian cycle and in 1,053 genes associated with insomnia.

Yet only 39% of autistic participants had one or more insomnia traits, just below the 40-80% found in previous studies. Parent reports revealed no association between CNVs and time spent sleeping. The results were published on October 3 in Translational psychiatry.

“I was baffled that they didn’t see an increase in sleep problems in the autistic population, even though they had a CNV in a circadian or insomnia gene,” Jongens says.

OOne explanation is that databases lack the detailed information needed to identify sleep changes. The data was drawn from questionnaires that probed just one aspect of sleep – overall duration – and neglected factors such as how much rapid eye movement (REM) sleep a person gets or how many nighttime awakenings they get. sudden.

“We don’t have the level of granularity that we would really like,” says study researcher Rackeb Tesfaye, a graduate student in Mayada Elsabbagh’s lab at McGill University in Montreal, Canada.

Sleep issues need to be approached from multiple angles, says Lucia Peixoto, assistant professor of translational medicine and physiology at Washington State University Spokane, who was not involved in the study. “Sleep duration alone is not an indication of insomnia. Even in our studies with mouse models, when we do see a reduction in sleep, it’s very modest,” she says.

Also missing from the databases is any information about approaches the participants’ families might have used to promote better sleep, such as melatonin supplements or avoiding screens at night. Because the data comes from “parents involved enough to go to a scientific study, they can be more proactive [than others] deal with their child’s problems,” says Jongens.

AAnother possibility is that circadian rhythm and insomnia genes contribute to autism in ways unrelated to sleep. Circadian rhythms control all sorts of processes, Tesfaye says, including cognition and hormone secretion. “It may be that the circadian disruption at the gene level is phenotypically linked to something that isn’t sleep,” she says.

Indeed, insomnia risk genes are weakly expressed in the hypothalamus, the part of the brain that controls sleep, and more strongly activated in other regions, the study shows.

Circadian dysfunction may also be linked to autism at the molecular level: a study published in August indicates an interaction between circadian functions and mTOR signaling, a pathway implicated in autism and psychiatric disorders.

And insomnia-linked variants are more strongly associated with psychiatric traits than sleep behavior, Tesfaye says. “It’s an interesting but messy situation in which genes are pleiotropic: they contribute multiple different traits.” How they might contribute to each trait is something she and her colleagues need to explore further, she adds.

BBut without objective measurements, it’s impossible to draw solid conclusions, says Christopher Colwell, professor of psychiatry and biobehavioral sciences at the University of California, Los Angeles, who was not involved in the study. It’s a “significant limitation,” he says.

Parent reports are subjective and problematic, agrees Veatch. “A parent says his child goes to bed and wakes up at a certain time, but that doesn’t mean he understands how long he took to fall asleep and how fragmented he is.”

Studies using actigraphy – wristwatches that detect movement – have objectively linked poor sleep to genetic variants in people without autism. But replicating this study in the autistic population won’t be easy, Veatch says. “It’s hard enough for someone who doesn’t have sensory issues to wear a sleep measuring device for days on end, [but] I think we’ll get there eventually.