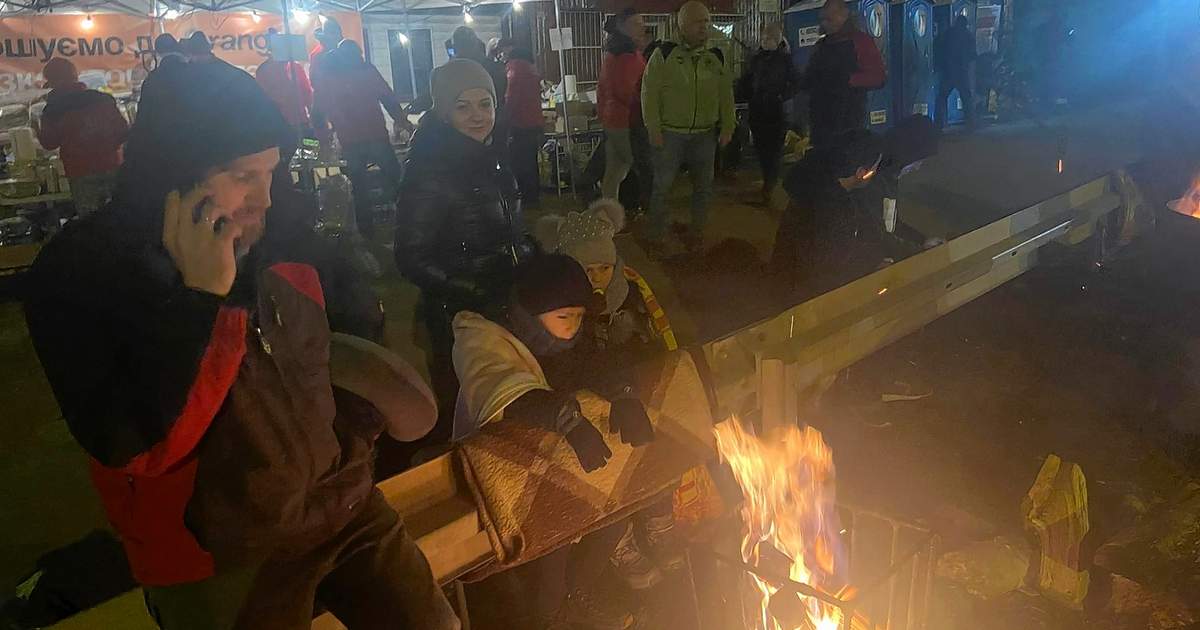 “The word we have now is that there are mercenary contracts,” he said. “Ukrainians pay $2,000 a day to help get people out. Russians pay $3,000 a day to bring in foreigners like me. It makes everything more dangerous.”

Brymer, who served four years in the US military as a medic as well as a stint in the Israel Defense Forces, entered Ukraine last week via Poland.

Brymer, who works with a translator, has spent his first five days training instructors who can help him train citizens to staff battalion aid stations around the country.

What hinders Brymer’s work the most right now is the lack of medical supplies and trained combat medics.

“We were able to get things, but that’s not what we need at all,” he said. “We repelled an airdrop.”

He also said there was a need for trained combat medics who could help train civilians.

“There is no contract requirement,” Brymer said. “They can come for a few days or a few weeks.”

Brymer said the chaos in the country right now is adding to the difficulties.

“The Russians have set up a provincial government,” he said, expressing exasperation with the “inner workings of politics.”

But above all, he is heartbroken by what Putin’s invasion has done to Ukraine.

“They’re cutting off supply routes,” he said. “They have divided the country. They are trying to starve them by cutting off food and fuel supplies.”

He said that although it is well served with a place to sleep and plenty to eat, there are hundreds of refugees sleeping on the streets, many of them children.

Through it all, Brymer said he continues to be inspired by the courage of the Ukrainian people, especially women.

Brymer said these women have their work cut out for them as Russian teams create chaos and there are multiple sabotages everywhere.

“I have never seen more dedicated people,” he said. “These people make me proud to be here.”