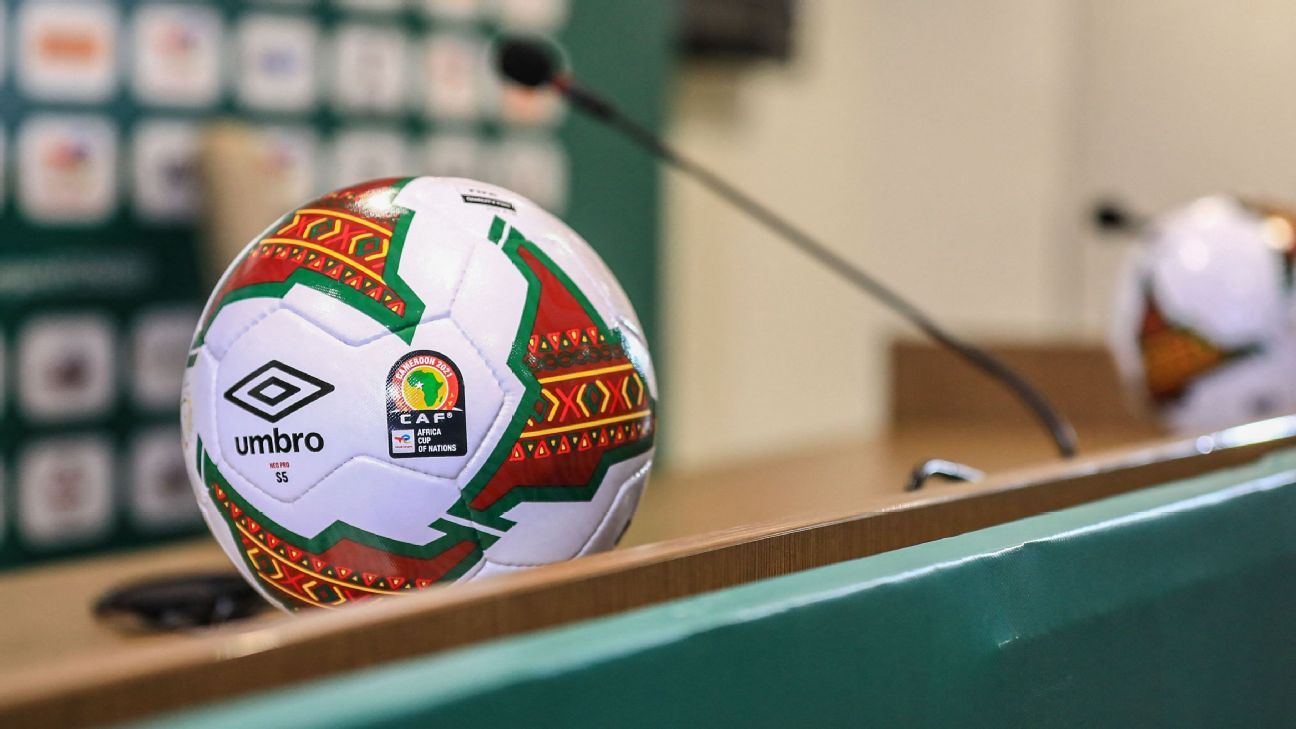 Burkina Faso has sent an official letter of complaint to the Confederation of African Football (CAF) after returning five positive COVID-19 antigen tests on the eve of its opening match of the Africa Cup of Nations against the Cameroon.

Captain Bertrand Traoré called the situation a “scandal” and demanded answers from CAF regarding the organization of the testing regime, while the Burkinabè Football Federation (FBF) alleged mismanagement of the pre-tests. his team’s match.

– Africa Cup of Nations: Everything you need to know
– Stream ESPN FC Daily on ESPN + (US only)
– You don’t have ESPN? Access immediately

Head coach Kamou Malo as well as five players – Edmond Tapsoba, Oula Abass Traoré, Soumaila Ouattara, Saidou Simpore and Aboubacar Dango – and three other officials all received positive test results on Saturday and appear ready to take time off for their opening match of the tournament. in Yaoundé on Sunday.

The coronavirus tournament protocol states that teams must undergo PCR tests 48 hours before each match, carried out by a medical team appointed by the African football governing body.

In a statement sent by the FBF to CAF on Saturday, and consulted by ESPN, Burkinabè President Lazare Bansse said there were “legitimate reasons to doubt the reliability of the results of the tests which clearly target the major players”.

“We found serious anomalies in the sampling procedure and the late arrival time of the technicians – around 10 pm – after waking our players from sleep,” the statement said. “We also noted the arrival at our hotel of an unauthorized team that we turned away.

“A second team arrived without presenting any official identification document. Nonetheless, we accepted the sample collection out of respect for CAF despite the obvious suspicions.

The president of the FBF called on CAF to redo the team’s COVID-19 tests in an independent laboratory and in the presence of the team’s doctors.

CAF has yet to respond to ESPN’s request for comment on the circumstances surrounding Friday’s testing and Burkina Faso’s request for another round of testing.

The Aston Villa Traore winger accused CAF of double standards after subjecting Burkina Faso to antigen testing on Friday night, rather than the PCR tests they should have received under tournament protocol.

“I think it’s a scandal,” Traore told ESPN on Saturday.

“We cannot be told on the eve of the game that we have cases of COVID-19 among the players when some of them are our best players.

“This is unacceptable. Why didn’t they do PCR testing instead? They should have told us before. Officials and authorities really need to rethink this organization so that we can be sure that players will not be not informed 24 hours in advance that they cannot play. “

Traore said re-testing the players would be a short-term solution and asked CAF to explain the circumstances surrounding the confusion in testing on Friday.

“We are obliged to continue to play the competition despite the pandemic, and at the moment there is a protocol which has been put in place by almost all the organizations, whether it is CAF or the Premier League”, he said. he adds.

“I don’t really agree with the protocol, but we want to know why there were two health teams who came to our hotel to do tests, why the tests were changed, why not was more a PCR test?

“We trained for 10 days for this first match, we had difficulties before, but it can’t be until 24 hours before, the day before the match, that you tell some of our players that they can’t not play. “

“It is not easy to prepare your team for the first game without knowing if they are ready, without knowing on the eve of the game whether you can use four or five players,” said Sanou.

“You shouldn’t have to rearrange or rearrange your strategy the day before the game.”

Burkina Faso, who finished second in the 2013 Nations Cup and third in 2017, are expected to face Cape Verde in Yaoundé in their second group match before meeting Ethiopia in Bafoussam on January 17.