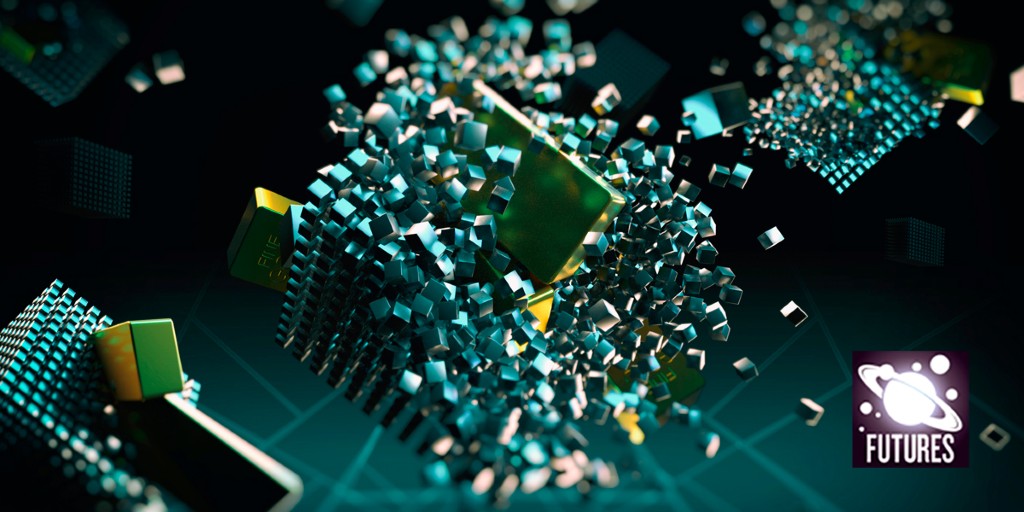 Regular readers of my column know that I am a long-time cryptocurrency skeptic. Speculators had been hoarding the crypto for years as it skyrocketed – all based on the assumption that it would one day become a universal mode of payment. But a functional currency should have a relatively stable value. So what is it, an investment or a currency? Well, it turns out the crypto question has been solved, because now it’s neither.

Last week, unnamed government sources confirmed that Quoherence Labs had created a quantum computer capable of cracking both the widely used RSA and elliptic curve encryption algorithms that underpin most cybersecurity protocols. With potentially all risky online financial transactions, I was rather alarmed when I first heard the news. But before you start deleting your banking apps, a quantum computing expert assured me that even sophisticated cybercriminals won’t be able to build their own quantum computer anytime soon. Nonetheless, the advance is several years ahead of schedule and has sparked a mad scramble to adopt secure quantum protocols before the technology becomes more accessible.

Normally, defense-funded research would have been classified (and quietly exploited by the intelligence community) while countermeasures were developed. However, an anonymous Quoherence Labs employee used the powerful new quantum computer to savagely compromise the blockchain of several popular cryptocurrencies. When knowledge of the blatant hacks hit the markets, the value of cryptocurrencies, NFTs, and anything even loosely related to blockchain technologies plummeted globally in what has been dubbed the black saturday. Even several cryptocurrencies that claimed to use secure quantum encryption have fallen victim to the backlash. If that doesn’t kill rational market theory, nothing will.

That leaves behind some big questions. First, how did it all happen? Quoherence Labs is cooperating with federal authorities but has made no public announcement. This leaves a big hole of ignorance that science bloggers and tech pundits try to fill with jargon that no one understands. I asked a physicist who knows quantum computing better than anyone to give me a crash course in some of the terms I had heard – superconducting circuits, photonics, trapped ions, silicon spin, quasiparticles, Shor’s algorithm, quantum annealing – this is all quite fascinating but quickly starts to feel like drinking from a fire hose. For now, I side with the cybersecurity experts who all agree that it’s best not to know the details until the encryption protocols are updated and our bank accounts are secure.

The second big question revolves around motivation. Why plant cryptos? Several investigations are in their preliminary stages, but there is speculation that the rogue scientist may have shorted several top cryptocurrencies and put borrowed money into gold. After the crypto-crash, investors rushed into gold, which hit record highs. However, even with highly leveraged positions, it is unlikely the author could have moved more than several million dollars while evading notice before the commodity markets foreclosed. Meanwhile, at least a trillion dollars of value associated with blockchain technology evaporated in a day. This will likely fuel economists’ nightmares for years to come.

Some privacy campaigners have argued that it was the selfless act of a scientist who sacrificed a lucrative scientific career to alert the public to a serious threat. Breaking the cryptocurrency was just one eye-catching way to ensure the public would be made aware of the new cybersecurity crushing computer and its potential for online spying.

Others have suggested it was the ultimate act of eco-terrorism. As crypto mining came to a halt, it became clear that this act of sabotage stopped more carbon emissions than any individual effort in world history.

Perhaps the individual will one day write an anonymous social media post titled “I Crashed Crypto – Sorry, Not Sorry” explaining how he became disenchanted with the crypto community when his utopian goal of creating an egalitarian currency world has been hijacked by speculative greed. But I wouldn’t hold your breath waiting for that kind of closure.

The last big question is how do early investors recoup their crypto losses? This one has an answer: they don’t. The purpose of cryptocurrency was to bypass banks and the government. This transfers all benefits and risks to cryptocurrency users. And don’t expect a special bailout from the government. It was not a hurricane. Central banks have long hated cryptocurrency because it’s competitive and hard to tax. I confess to feeling a little Schadenfreude after warning my nephew not to buy NFT of sports music videos. He bought them anyway because strangers on the internet told him so and what does his uncle who has a syndicated financial advice column know? Don’t get me started.

In case you were wondering where the rogue scientist is currently, so are everyone else. We know that the person fled the country but not much more. Assuming the person is smart enough to use a quantum computer, let’s assume they are now enjoying life somewhere without international extradition agreements and staying off the internet.

Next week I will discuss the latest financial trends. Hint: bonds are back and cash is still king!

The story behind the story

DJ Rozell reveals the inspiration behind cash is king.

Over the years, I have watched the field of quantum computing shift from the realm of cool theory to working devices. As technology nears the goal of reliably solving otherwise intractable problems, it seemed like the time to imagine using a quantum computer to force a reset of cryptocurrencies – a class of potentially useful innovations that has been a real disappointment so far.

5 numbers you need to know about retirement