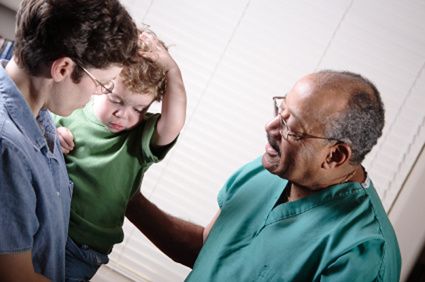 Severe atopic dermatitis (AD) may increase the risk of depression and internalizing behaviors in children and adolescents, with mild illness also being noted as a contributing factor. The results of the study were published in JAMA Dermatology.

As the most common inflammatory skin disease worldwide, AD affects up to 20% of pediatric populations. Notably, the disease’s association with adverse mental health effects, particularly anxiety, depression, and suicidal tendencies, may present a significant risk of underdiagnosis and undertreatment in children, pointed out. researchers, because these age groups often exhibit subtle symptoms.

“Childhood and adolescence are particularly critical times for the development of mental illness and are characterized by rapid fluctuations in severity over short intervals,” they added. “The heterogeneous, increasing and decreasing nature of AD makes it important to examine the course of the disease over time to account for variations in disease activity and severity. “

Seeking to assess the association between AD and symptoms of depression and internalizing behaviors at various points in childhood and adolescence, they conducted a population-based longitudinal birth cohort study from data derived from the Avon Longitudinal Study of Parents and Children (ALSPAC) between September 6, 1990 and December 31, 2009.

The main outcomes of depressive symptoms and internalizing behaviors were measured by the responses reported by children to the 5-point Moods and Short Feelings Questionnaire (SMFQ) aged 10 to 18 years and the maternal report of the sub. -Emotional Symptom Strength and Difficulty Questionnaire (SDQ) 7-point scale for ages 4 to 16, respectively.

The researchers also assessed the role of potential mediating factors, including asthma / rhinitis, sleep, and inflammation, in the association between AD and mental health outcomes.

From the study cohort, the annual period prevalence of active AD decreased from 19.1% to 14.5% between ages 3 and 18. Among those who reported active AD, the proportion of those who reported moderate or severe symptoms in the previous 12 months ranged from 21.8% to 40.1%.

Regarding the prevalence of the period of mental health problems, symptoms of depression ranged from 6.0% to 21.6% and internalizing behaviors ranged from 10.4% to 16.0%.

The researchers noted that sleep quality partly mediated the association between severe AD and mental health outcomes, but this was not explained by differences in sleep duration, asthma / rhinitis, or levels of inflammatory markers (interleukin 6 and C reactive protein).

In addition, patients with mild and moderate AD were not associated with symptoms of depression, but were significantly associated with internalizing behaviors starting as early as 4 years of age (mean increase in odds of 29% to 84% during childhood in the fitted models).

“The large and growing burden of pediatric mental illness underscores the importance of educating clinicians about the psychosocial needs of children and adolescents with AD,” the researchers concluded.