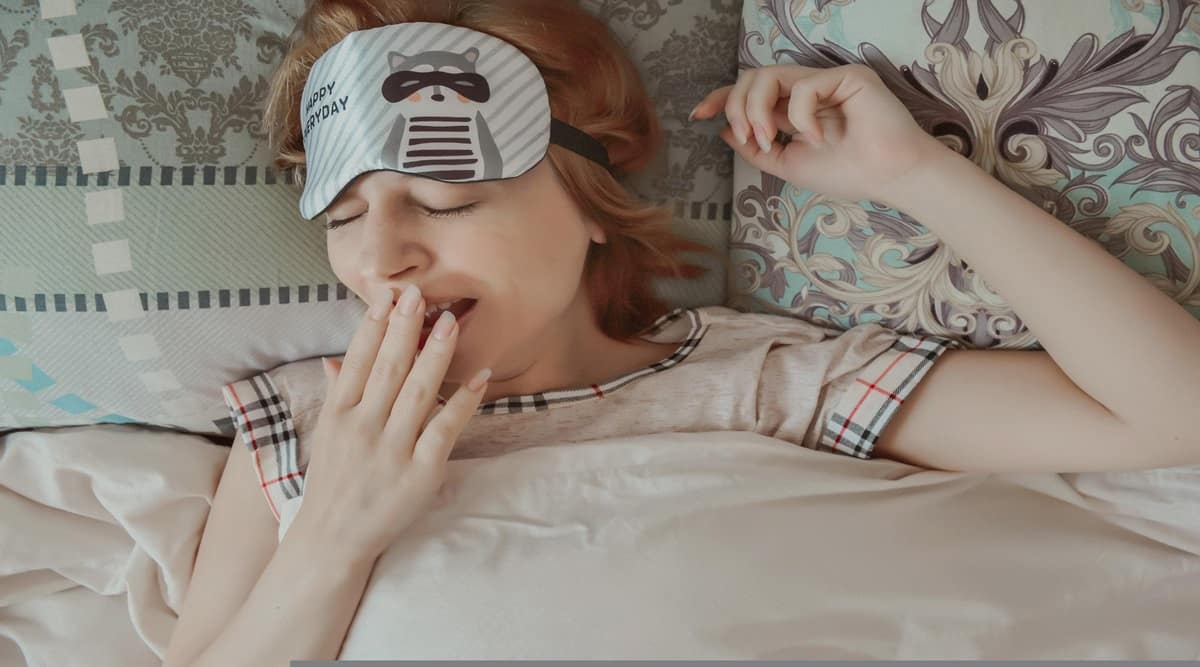 We often feel exhausted and have an extreme lack of energy and a strong desire to 5.220.217/staticwp-paydayjv/wp/727-indigodreams.net/5-best-sleep-clinics-in-fresno-ca/” title=”sleep” data-wpil-keyword-link=”linked”>sleep everything. But how long does this fatigue last? Well, if this bone-crushing fatigue persists for months, it could be a mysterious condition known as chronic fatigue syndrome, also known as myalgic encephalomyelitis, myalgic encephalomyelitis/ chronic fatigue syndrome or ME/CFS. This deep and extreme exhaustion affects women two to four times more often than men, according to numerous studies. However, the causes of this unknown disease which usually affects women between the ages of 25 and 45 are still not known. Health experts argue that it can also affect teenagers and children.

The Center for Disease Control (CDC) in the United States estimates that 836,000 to 2.5 million Americans have CFS, but the majority of them go undiagnosed. According to reports, the United States loses between US$9 billion and US$25 billion each year in reduced productivity and medical costs due to CFS. However, statistics on this condition in India are scarce.

What is Chronic Fatigue Syndrome (CFS)?

Chronic Fatigue Syndrome (CFS) is a complicated disorder characterized by extreme fatigue that lasts for at least six months and cannot be fully explained by an underlying medical condition. According to doctors, fatigue worsens with physical or mental activity in sufferers, but it does not improve with rest. More recently, the condition is called Systemic Exercise Intolerance Disease (SEID).

According to doctors and health experts, there is no single test to diagnose chronic fatigue syndrome. It is necessary to perform a variety of medical tests to rule out other health conditions that have similar symptoms. Additionally, treatment for chronic fatigue syndrome focuses on improving symptoms. Due to this lack of testing, doctors often have difficulty describing this disease.

“Chronic Fatigue Syndrome is a condition in which there is deep fatigue that is not explained by any medical condition. The duration lasts at least six months and usually there is a lot of pain in the body. The patient who suffers from chronic fatigue syndrome does not have very restful sleep, is always tired and as such there is no underlying medical condition or disease that explains the signs of fatigue”, Dr Ankita Baidya , infectious disease consultant, HCMCT Manipal Hospital, Dwarka told Financial Express.com.

Decades ago, this complex condition was considered a “psychological disorder” and patients were referred to psychological wards for treatment. Now, doctors and health experts around the world now recognize this condition as a serious long-term illness.

Dr. Ajay Agarwal – Director and HOD, Internal Medicine, Fortis Hospital Noida told Financial Express.com that the exact cause of Chronic Fatigue Syndrome is still not known but various hypotheses are that it may be precipitated by a viral infection herpes zoster, Epstein bar virus, and stress-induced. Meanwhile, Dr. Ankita Baidya informed that in majority of CFS cases, there is a history of viral infection.

“After COVID, we saw a lot of patients complaining about chronic fatigue syndrome. Immune system imbalance, poor immunity can sometimes lead to the triggering of this condition. Hormonal imbalances are the third reason why we can see the prevalence of this disease, but generally the levels of these hormones are not in the range we need to treat them medically,” said Dr Baidya.

She also pointed out that it has been observed that with different hormonal imbalances, particularly with the pituitary or hypothalamus, there has been an association with chronic fatigue syndrome and sometimes physical or mental stress can also lead on this condition.

This complex condition strikes generally young people, leaving up to 75% of them unable to work and 25% completely bedridden. In 2009, a study, published in the journal JAMA Psychiatry, established a link between childhood trauma and the risk of CFS. Recently, several studies have highlighted that complications from COVID-19 or post-COVID can also lead to CFS.

Those who suffer from this mysterious disease may find it difficult to do very basic physical acts. According to doctors, as the name suggests, chronic fatigue syndrome is usually the most common symptom of fatigue, especially after physical or mental exercise. When a person suffers from chronic fatigue syndrome, they feel very tired and the symptoms of exhaustion persist for more than six months. There are also symptoms such as memory problems and brain fog, headache, sore throat, enlarged lymph nodes in the neck and armpits, and muscle and joint pain. There are difficulty concentrating and also dizziness when getting up after lying down or sitting down.

Also, diseases that cause similar symptoms like anemia, diabetes, and thyroid disease are ruled out by the doctor before labeling a person as CFS. Certain illnesses such as fibromyalgia, irritable bowel syndrome, depression, and sleep disturbances can coexist with CFS.

Additionally, CFS can lead to a range of sleep disturbances where a person may feel very drowsy but unable to sleep or may not feel refreshed after sleeping. They may experience issues such as:

A person with CFS may also experience conditions such as:

“An important sign is that if you feel very tired, very weak, even after sleeping you are not rested and you still have weakness. Another sign can be unwillingness to do many things and lack of “energy to get things done. Sometimes if you have dizziness or muscle aches or pains. Then see your doctor for chronic fatigue syndrome or any other medical condition that needs to be taken care of,” said the Dr. Baidya at Financial Express.com.

According to a study published in the British Medical Journal, as chronic fatigue was frequently reported by women in this community study in India, the strongest associations with chronic fatigue were for psychosocial factors that indicate poor mental health and related disadvantage. to sex.

According to experts, due to lack of awareness and insufficient research, diagnosis of CFS in India is quite difficult. Several researchers have pointed out that medical school textbooks around the world contain little or no descriptions of this condition.

However, experts point out that although there is not enough data on the number of people actually suffering from CFS in the country, many people are affected by CFS and do not know what to do in the face of exhaustion. persistent.

Diagnosis and Treatment of Chronic Fatigue Syndrome (CFS) in India

As there is a lack of specific tests to diagnose CFS, patients are often left untreated and living with pain for years. There are cases where a doctor witnessed only 4-5 cases of CFS in a decade in India.

Generally, a diagnosis is made after taking a complete history, examination, and investigations of the affected person that rule out other medical or psychological conditions that may mimic CFS. According to doctors and health experts, there is no specific cure or treatment for CFS. However, the most problematic symptoms are treated first.

“Two things are important in the diagnosis of CFS. One is this important symptom of chronic fatigue. The second is that sleep does not relieve the symptom of fatigue and is not refreshing, there are different aches and pains that can’t be explained by any other health condition Sometimes a feeling of dizzy vomiting, sometimes giving a typical history of viral infection After that they developed chronic fatigue syndrome So all of this is guiding us actually towards the fact that the patient might have chronic fatigue syndrome,” Dr. Baidya told Financial Express.com.

She also pointed out that by ordering certain lab tests to rule out any mental disorder, lab abnormality or other health condition that actually causes fatigue should be ruled out and then labeled as chronic fatigue syndrome.

“So treatment is usually important. One is psychological counseling. The second is to give adequate health supplements. Vitamin supplements like different antioxidants like vitamin E and vitamin D sometimes help overcome weakness and improve overall well-being. A good healthy diet and regular exercise, yoga and meditation can also help the patient slowly and gradually recover from chronic fatigue syndrome, she added. Also, since the causes of CFS are still unknown, there is no way to prevent it.

Does COVID-19 cause chronic fatigue?

Dr. Baidya also pointed out that chronic fatigue syndrome can affect anyone, in any age group or sex, but generally it is more common in women and middle-aged adults.

“We had seen a lot of cases during COVID-19, especially after the third wave, where the patient developed chronic fatigue syndrome as a major complaint after recovering,” she said.

According to a study published in Molecular Psychiatry, after being infected with COVID-19, a majority of people complain of continuous shortness of breath and fatigue even months after the onset of the disease.

Doctors around the world have reported that chronic fatigue is one of the most commonly reported symptoms in people with long-term COVID, and experts say the growing number of people experiencing fatigue from COVID- 19 “could have a significant social impact”.

Scientists around the world studying potential health issues after COVID-19 have found similarities between long COVID and CFS. A 2021 study published in the journal The Lancet found that after six months with long COVID, participants had common symptoms like fatigue, cognitive dysfunction and post-exercise sickness (PEM).

Currently, there is no cure for CFS, but researchers hope that further research into the long COVID can provide crucial information for people living with CFS/ME.