A MOTHER has won a High Court case against Colchester Council after the condition of her home left her suicidal.

The house provided for Nicola Lawson in Church Lane, Lexden, was so dangerous that she broke her foot after falling down the stairs when her electrics were not fixed.

Colchester Council says it is in contact with Ms Lawson, 41, who was given the home by the Authority’s private sector housing team, following the court case.

The mother exclusively told the Gazette that there were exposed electrical wires at the “unbearable” property she had been living in since 2019 alongside her then 15-year-old daughter who has learning difficulties.

Damp – mold inside the property

Ms Lawson, who has long-standing mental health issues, added that she had effectively become homeless due to the conditions and that her mental state had been made worse by her housing situation.

But in an email to her solicitor, seen by the Gazette, a Colchester Borough Homes official denied the claim and added that her mental health issues “will remain in whatever accommodation she occupies”.

The mother then took the case to the High Court and won her case on March 7, it can be revealed, with a judge deeming her accommodation “inadequate” and ordering council to find a suitable alternative for her.

Speaking to the Gazette, Ms Lawson said she cried when she heard the judge’s verdict ‘because it was like no one had ever listened before’.

She said: ‘I stopped taking my meds and my son stopped me from killing myself because of the council worker’s email.

“My dad died, my mom died, and my kids almost lost their mom because of this. 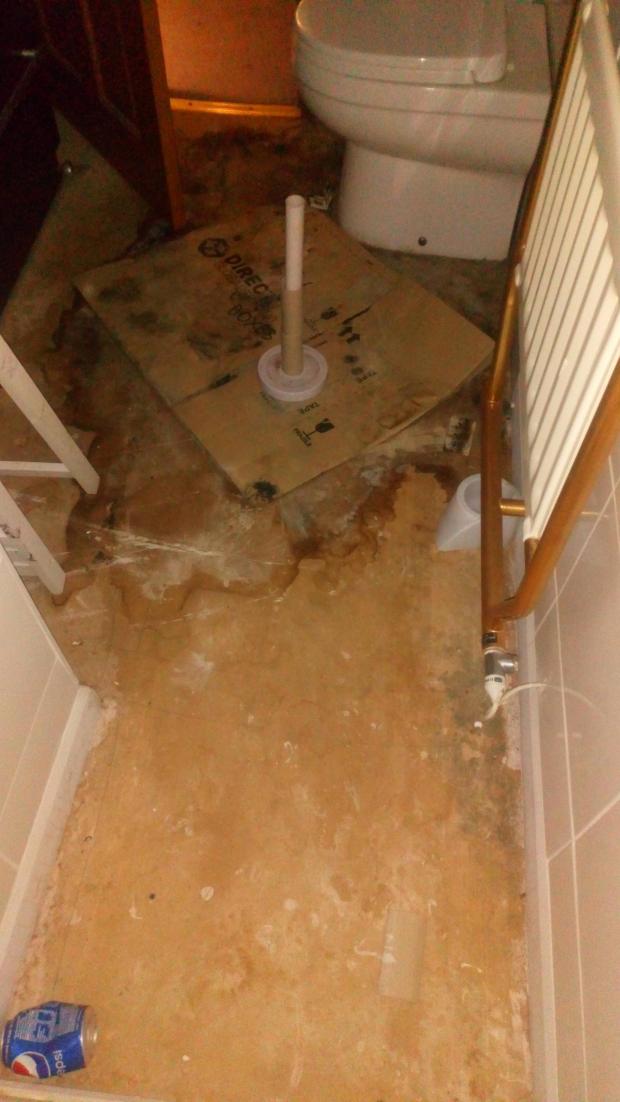 Condition – one bathroom in the property

“There was no electricity, we had mold and it was damp and wet. The carpet was cold and I couldn’t sleep, plus the furniture was in shambles.

“It made me feel useless as a person. I was told I had to live with it or bring them to justice.

A spokeswoman for Colchester Council said that since the judicial review decision Ms Lawson had been provided with interim accommodation ‘due to the condition of her privately rented house’.

She added: “A decision has been made on Ms Lawson’s homelessness claim, and the housing options team at Colchester Borough Homes are in contact with Ms Lawson to help her move forward. ”