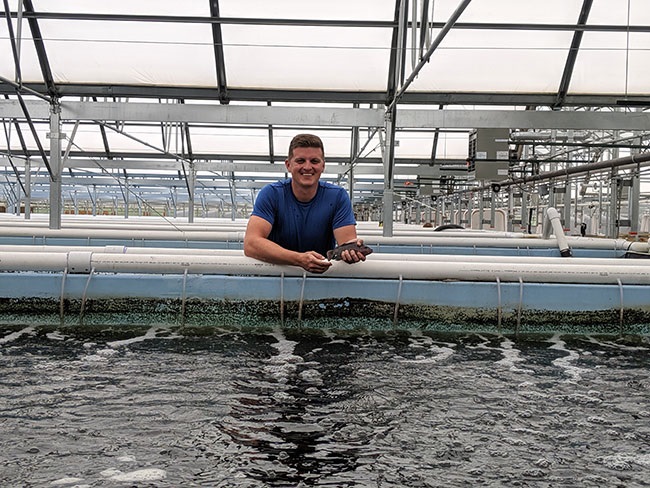 CUSO demonstrates agility in the event of a pandemic

A Nevada CUSO dedicated to improving businesses in rural and underserved areas has helped resurrect textile jobs in the Mississippi Delta and helped an Iowa fish farm weather the financial strains of the pandemic.

The Greater Nevada Credit Union of Carson City ($ 1.3 billion in assets, 76,338 members) launched Greater Nevada Lending in 2017 to help member credit unions provide business loans, including loans guaranteed by the federal government through the USDA and the Small Business Administration.

The Reno-based CUSO has a network of lenders that includes 10 credit unions with $ 9 billion in assets and 645,201 members from Kalamazoo, Michigan to Baton Rouge, La.

CUSO is simply doing what CUSOs were designed to do: use concentrations of expertise to share the credit union movement more broadly.

But, like many CUSOs, GCL faced conditions that were neither typical nor straightforward after the World Health Organization declared COVID-19 a pandemic on March 11.

Executive Vice President Jeremy Gilpin said the large amount of dollars for most of the government’s pandemic loans came from large banks, but credit unions and community banks were serving the most vulnerable businesses.

“Where we put our dollars as credit unions and community banks – that’s history,” he said. “We put them in underserved communities, rural communities where the big banks wouldn’t go.”

Gilpin has entered into and managed over $ 900 million in loans over the past 20 years. He came to Greater Nevada in 2013 to start his commercial lending division, which is now the largest USDA commercial lender in the country.

Gilpin grew up in Parsons, Kansas, where its population of over 10,000 makes it the largest city in Labette County. Her father was an engineer in a nearby munitions factory and her mother was a schoolteacher. His grandparents on both sides farmed in the Southeastern Kansas area.

Growing up, he learned how the loss of factories and other businesses can devastate rural areas. Gilpin is a past president of the National Rural Lenders Association, an organization that partners with national directors and USDA political leaders to ensure rural communities retain access to viable financing options.

Gilpin said GCL measures success not only by loan production, but by the number of jobs created or saved. “Our goal is to protect rural and underserved communities. This is my passion.

GCL sells all of its federally guaranteed loans to investors, from life insurance companies to hedge funds, and shares $ 75 million in premiums per year with rural credit unions and community banks.

“This helps small local credit unions and community banks to strengthen their balance sheets so that they can continue to provide the services these rural communities want,” he said. “We help them stay in this community and continue to be a vital part of this community.”

Although GCL does not hold any loans on its books, it retains management rights for most of its loans. Its pool of services grew from $ 282 million in the first year to $ 1.3 billion in September.

GCL regularly serves about 20 credit unions and community banks, and has a network of 120 investors who buy its secured paper.

One of GCL’s first customers was Eagle’s Catch in Ellsworth, Iowa. GCL funded a $ 10 million loan with a USDA guarantee to help build a tilapia farm to sell live to restaurants.

Another was Vidalia Denim, who announced plans in 2018 to build a cotton mill in a former 900,000 square foot distribution facility abandoned by Fruit of the Loom in 2017 as it moved its operations to Mexico.

Vidalia Denim’s plan is to use local cotton on new ring-spinning frames and weave the yarn on 46-year-old Draper X3 looms salvaged from Cone Mills’ White Oak factory in Greensboro, NC. North, when it closed after 112 years.

Funding for the mill one mile from the banks of the Mississippi included a USDA-guaranteed $ 25 million commercial loan to purchase, renovate and equip the plant. The loan was negotiated by GCL and initiated by Jefferson Financial Federal Credit Union of Metairie, Louisiana ($ 891.6 million in assets, 52,728 members).

In addition, Greater Nevada provided a $ 5 million SBA loan for other equipment and working capital.

Then came the coronavirus. After March 11, credit unions across the country began closing branches. While some workers were inactive, others quickly became incredibly busy.

GCL has switched to providing Paycheck Protection Program (P3) loans for small businesses. The program was part of the CARES Act approved by Congress and signed by President Trump on March 27, but details were vague before the SBA began accepting applications from approved lenders on Friday, April 3.

GCL, like most lenders, planned to start accepting claims the following Monday, but Gilpin and his bosses made the immediate decision to start receiving claims at noon Friday after receiving a call from a business owner. in distress.

GCL went from around 25 employees at the end of March to 125 workers in two weeks by borrowing employees from other CUSOs whose workers could normally work on, say, auto loans or business loans, which dried up in the first few years. weeks of the pandemic.

“It was definitely a labor of love because we were so manual in the process. It was 20 and 22 hour days for us, seven days a week, ”he said. “Near the end of the first round, a contractor came over to my house and we stood for 48 hours straight to grab this.”

Still, GCL had 800 claims pending as of April 14, when the program’s $ 349 billion was exhausted. “It was heartbreaking,” he said.

Another $ 320 billion was approved for PPP loans on April 24, with the SBA starting to receive applications on April 27.

Gilpin said he spent those three days leading up to the second round working with a software company to automate the application process, while GCL employees called any applicants who had not been approved in the first round for tell them that their applications would be processed.

“When we opened the second round, we were able to get a clearance every 10 minutes,” he said.

Later in April, Gilpin turned to another part of the CARES Act, which had allocated $ 1 billion to a USDA loan guarantee program. He helped write a white paper for the Rural Lenders Roundtable outlining how the USDA pandemic loan program could work to provide working capital to businesses struggling due to the pandemic.

The USDA adopted the recommendations with its own additions in early July. USDA Business and Industry CARES Act loans were designed to help rural businesses prevent, prepare for, or respond to the effects of the coronavirus pandemic. The program offers a working capital line of credit drawn monthly for 12 months, based on the monthly cash flow needs of the business.

“What we’re doing is stopping the initial bleeding by providing recapitalization for stabilization,” he said. “We are already seeing a strong recovery in most of these companies. “

Among the first round of recipients was Eagle’s Catch, the Iowa tilapia farm that GCL helped start in 2018.

With the first wave of closures in March, its cash flow shrank. Shipments were halted for about a week when the company still had to maintain enough workers to keep the facility clean and the fish healthy.

Eagle’s Catch secured a P3 loan of approximately $ 100,000 to $ 150,000 to cover payroll. Another source of help came from a USDA deferment program. In the aftermath of the pandemic, the USDA offered six months deferral of principal and interest on all outstanding loans backed by USDA guarantees. Eagle’s Catch was able to use this against their 2018 loan to preserve more working capital.

Then the tide turned. Restaurants have been unable to obtain fish from China due to supply chain disruptions caused by the pandemic.

“Their only option was the largest tilapia farm in the country,” Gilpin said. “They went from a full stop to a rocket.”

But despite the help of the PPP loan and postponements from the USDA, strong fundamentals and great prospects, Eagle’s Catch was still in need of liquidity.

These conditions made it an ideal target for a USDA pandemic loan. GCL negotiated a $ 2.3 million loan for Eagle’s Catch to increase capacity and hire more workers.

“This is one aspect of COVID that we don’t hear about: This pandemic is killing businesses that would otherwise be successful,” Gilpin said.

How to find investors for your business