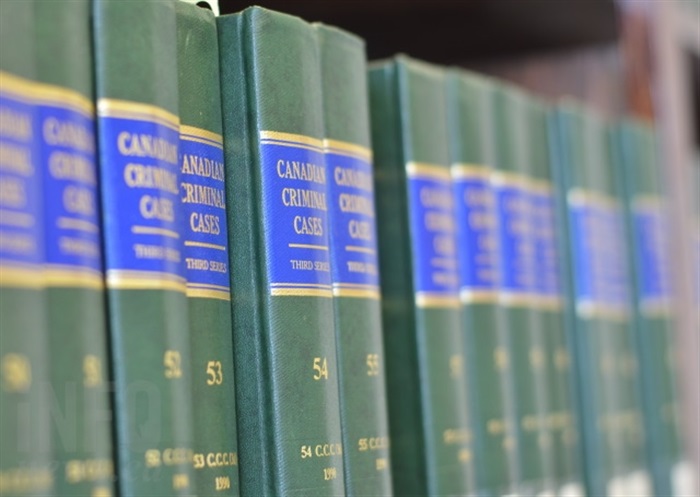 A drug addict who stabbed a random stranger in the neck on a Kamloops street in 2020 was sentenced to an additional 140 days in jail earlier this month.

Kenneth Ernest McLeod has already spent around 15 months in prison awaiting trial for assault with a weapon, to which he ultimately pleaded guilty.

The incident happened near Rogers Place in Kamloops on February 16, 2020, according to a recently released decision. Munish Mahajan, an international student of TRU, was out with friends, leaving the Wok Inn and waiting for a taxi around 11pm.

McLeod, who had previously violated court orders requiring him to live in Saskatchewan and under a curfew, stumbled upon them by accident. He produced two knives and stabbed Mahajan in the neck “for no apparent reason,” Judge Len Marchand said in the decision.

Mahajan survived. He was taken to Royal Inland Hospital where the two-centimeter gash was closed with four stitches, but the psychological wounds were not so easy to close.

â€œAs a result of the attack, Mr. Mahajan was traumatized,â€ Marchand wrote. â€œHe is afraid of strangers and of being in the dark. He suffers from nightmares. He fears he may have been killed, leaving his family without his financial and emotional support. Due to his fears, he had to leave Kamloops. He quit school, quit his job and moved to Alberta to find work. He suffered significant financial losses, including his paid tuition fees.

McLeod has a long criminal history, including 30 youth criminal convictions and 69 adults, largely due to a horrific and tragic upbringing. His educational background ends in the second year. He suffers from fetal alcohol disorder and substance use disorder. He started drinking at 10 and using heroin at 12.

“At the time of … the offense, Mr. McLeod was not suffering from a mental disorder,” Marchand wrote. â€œOn the contrary, he was in an active drug addiction and struggling with paranoia and fear, possibly caused by prolonged use of methamphetamine. Mr McLeod says voices in his head told him that Mr Mahajan and his friends were going to hurt him. He maintains that he did not intend to hurt anyone.

While the prosecution asked for three years in prison, Marchand settled for two years and three months in prison, but he has already spent 453 days in pre-sentencing detention, which the court assessed as equivalent. at 680 days after conviction, which leaves him 140 more days in prison.

He is also on probation for an additional 18 months after his release.

Marchand said McLeod appears to have finally taken some rehabilitative action while in custody for the offense.

â€œMr. McLeod, you had the kind of childhood that no one deserves. It wasn’t your fault. You, better than anyone in the courtroom, recognize that you have the capacity to lead a better life. It will take a daily commitment to live clean and sober. It won’t be easy, but you have reached the point in your life where I truly believe you can do it. Your family and community need you to be your best. Good luck. ”

â€œMr. Mahajan, I am sorry for all you have been through. Your stay in Canada should have been peaceful, happy and productive. In condemning Mr. McLeod, I am unable to replace what you have lost, but I hope that you can put the trauma of February 16, 2020 behind you as you fight for a better life for yourself and your family. I wish you and your family the best for the future. ”

To contact a reporter for this story, email Marshall Jones or call 250-718-2724 or email the editor. You can also submit photos, videos or topical tips to the newsroom and be entered to win a monthly raffle.

We appreciate your comments and opinions on our stories, but play nice. We will not censor or remove comments unless they contain irrelevant statements or links, unnecessary vulgarity, false facts, spam, or obviously false profiles. If you are unsure of what you see in the comments, email the editor through the link above.