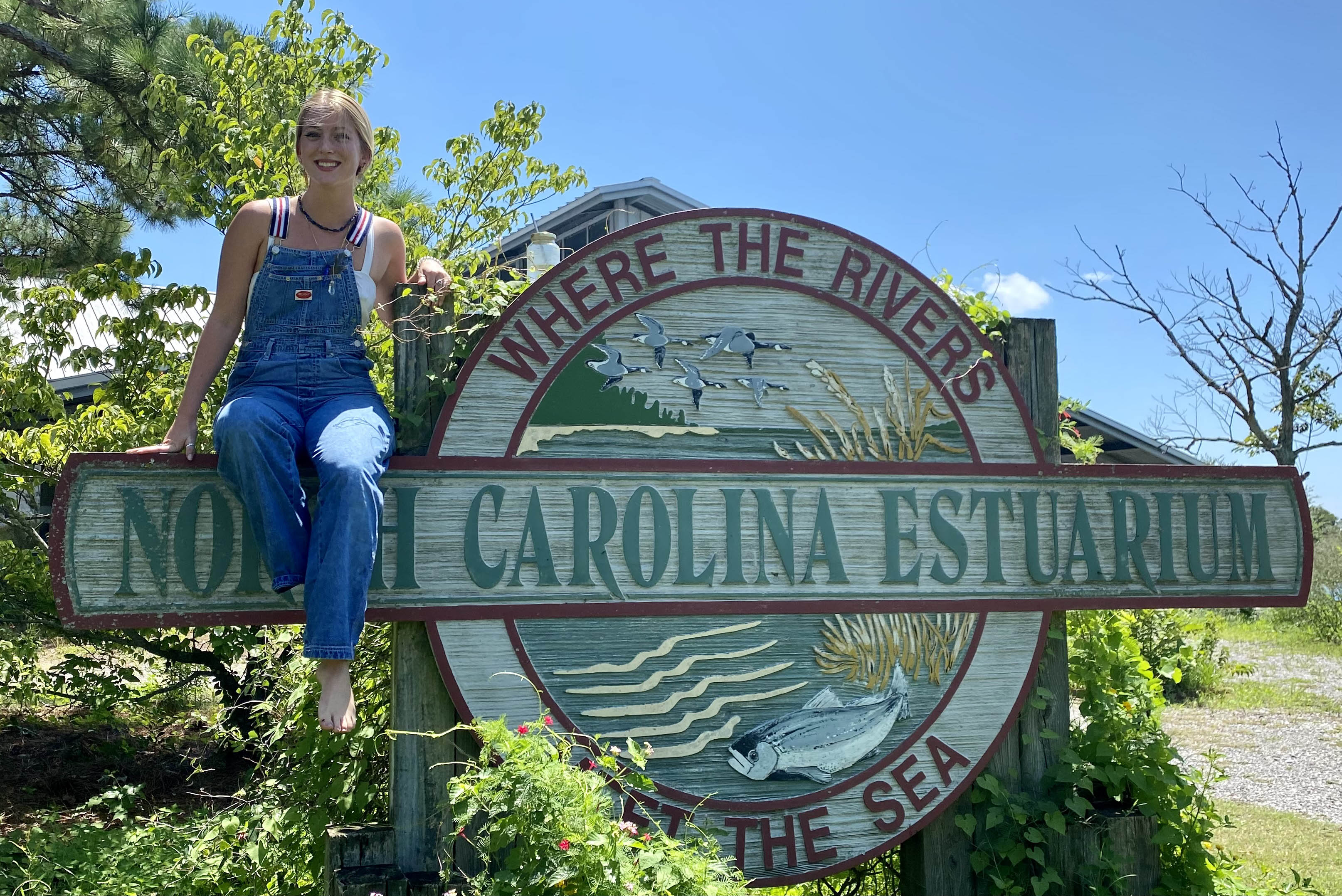 Sophia Phillips realizes her dream of sharing her passion for environmental science with the public. She is the new Science Programs Educator at the North Carolina Estuarium in Washington.

Phillips, 20, is from a rural community in Avery County, North Carolina. She graduated from high school at age 16, attended community college for two years before earning a Bachelor of Science degree in environmental science from the University of North Carolina at Wilmington.

She, like many Avery County residents, had little to no broadband access. She knew little about environmental science topics, as they weren’t talked about in her area. In high school, Phillips took his first environmental science class which was offered as an elective. It was then that his passion for science began to develop.

Phillips shared that she has always been drawn to science, technology, engineering and math, but environmental studies have taken a particular hold because climate change presents very real and present issues that she believes need to be addressed. be corrected.

“Avery County is also a rural and somewhat poor area and I have realized the effects of my lack of that [science] education when I started going out on my own and started seeing things on the internet and then going to college and realizing all these things were happening and I had no idea” , said Phillips.

At the Estuarium, Phillips hopes to pass on his knowledge to younger generations and inspire them to learn how to better care for their ecologically rich region. Also, it would prevent them from having the same frustrating experience that Phillips had when she discovered the overwhelming number of negative and positive changes in nature that have taken place over the past few decades, such as climate change.

“I almost felt frustrated realizing this was happening right now. We don’t talk about it…I can recognize and realize that these are big changes happening and we’re going to hit a tipping point soon,” Phillips said. “It was frustrating for me not to know and now I want everyone to know.”

Phillips said working at the Estuarium has been “really great” because she has a job that “challenges” what she already knows, but also has the opportunity to learn relevant information from volunteers.

During the rest of the summer, the Estuarium will host summer camps for children and a Women in STEM program is planned for a local Girl Scout troop.

The Estuarium is a non-profit organization supported by Partnership for the Sounds. It opened in 1998 as the world’s first “estuary”. It is open 10:30 a.m. to 3:30 p.m. Tuesday through Saturday and is located at 223 E. Water St., Washington.