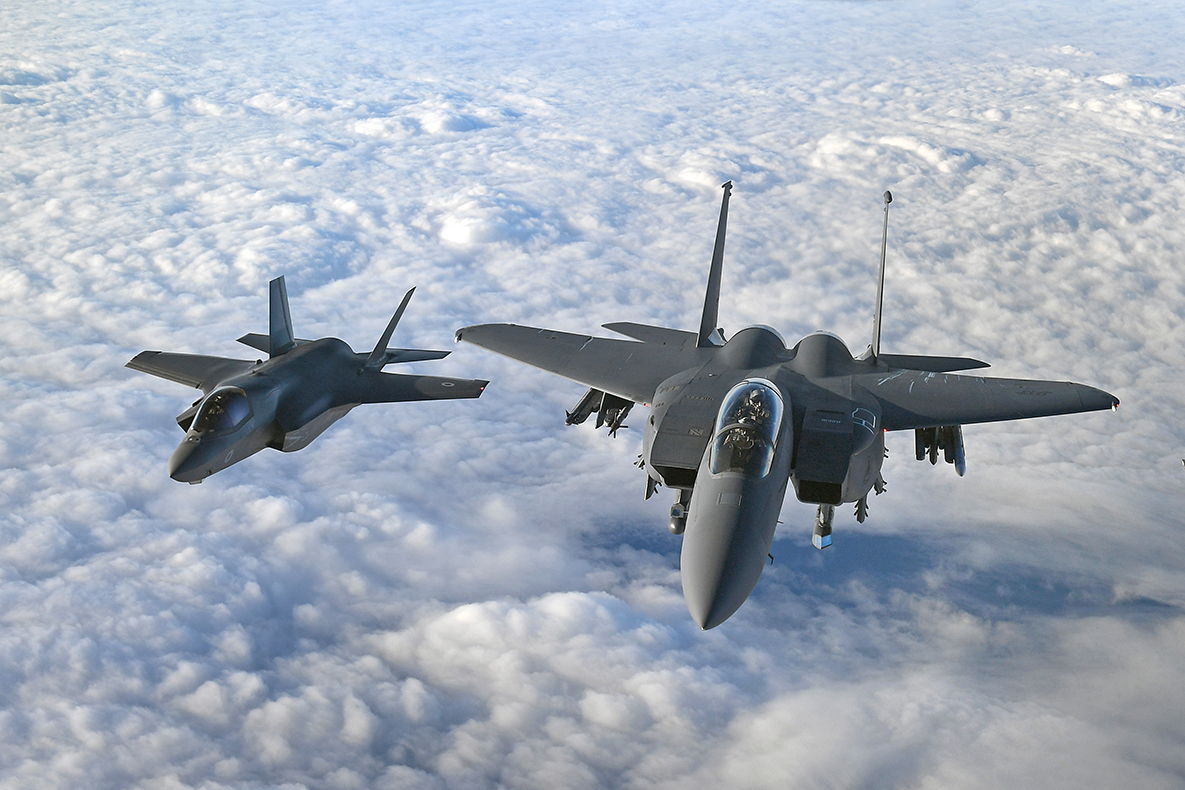 EU support for increased defense spending is a terrible mistake

TODAY, tens of thousands of people are demonstrating for a change of government in the face of a deepening social crisis. The protest is backed by a range of grassroots organisations, including the TUC, to the latter’s credit.

Yet the critical revival of the trade union movement in recent months – a revival at the heart of any hope for progress and change – now risks being undermined by a decision by the TUC itself.

As this article reported, the TUC Congress last month narrowly approved a resolution directing the General Council to “campaign for immediate increases in defense spending”.

I can’t think of a more misguided motion that has been endorsed by the labor movement in the last few decades.

Yes, there have been missed opportunities, unnecessary dithering and much sharing of differences over the years, especially in the dead era of ‘social partnership’.

But with this resolution, the TUC not only threatens to align itself with the most right-wing forces in British politics today, but also to cut off the feet of its own members and working people in general for resisting the government offensive.

Before we examine the resolution and the arguments against it, let’s clearly recognize two things.

First, unionists in the military-industrial sector have the same right to expect their unions to defend their jobs as workers anywhere else.

From my years working at Unite, I fully understand the importance of this. It is completely understandable that the unions insist that no job be sacrificed until and unless equivalent skilled manufacturing work is guaranteed.

A defense diversification program is a big part of the answer here. Such a prospect has become less credible only because of the absence of any government support. The last Labor government actually liquidated the Defense Diversification Agency. This should change.

Secondly, if the government is to spend money on arms, then it is right that the money be invested in the British manufacturing base, rather than sent overseas, usually to the American monopolies.

Underlying the concerns voiced at the TUC is the precipitous decline in employment in the UK manufacturing sector, which has continued under all ruling parties for many years. This decline led to well-documented devastation in many industrial communities and left the manufacturing sector as a whole too dependent on arms production.

The TUC’s resolution goes much further than these two points, on which there could probably be more or less unity.

It explicitly repudiates a policy of defense diversification. And it goes beyond industrial demands – some of which are justifiable in themselves – to dabble in geopolitics.

The resolution says “cuts to defense manufacturing have hampered the UK’s ability to help the people of Ukraine under the brutal onslaught of Putin’s regime”. There is simply no evidence that this is true.

Britain supplied more weapons to kyiv during the war than any other state except the United States. No one suggested that it would have been possible to send even more if only Britain had a larger military industry.

Indeed, if this were really a problem, then there is no doubt that the conservatives could have diverted some of the ammunition they sell to the Saudi regime for its aggression against Yemen.

Likewise, the resolution seeks to exploit the opportunities offered by the Aukus pact which unites Australia, Britain and the United States in the escalating arms race in the Pacific, by providing Canberra with new money -nuclear sailors.

Ironically, this position puts the TUC at odds with Labor – at least formally – since the party voted at its 2021 conference to oppose Aukus.

There are also elements of economic absurdity in the resolution. He claims that ‘up to 36 pence of every pound spent on the manufacture of defense equipment is reimbursed by taxation, helping to fund public services’.

Maybe so, but to state the blindingly obvious, 100% of every pound spent on public services would help fund them – and nobody gets killed either!

These questions, however, only scratch the surface of the concerns raised by the resolution.

More immediately, by aligning the labor movement with the jingoist right of the Conservative Party, it undermines the campaign against impending austerity that Rishi Sunak’s government seeks to impose.

Few, if any, of those protesting today will want more tanks and missiles. They know that each additional construction will put additional pressure on public finances and do nothing to alleviate the cost of living crisis.

Already the Cabinet is looking to fill a self-created budget shortfall of around £40billion. The solution he chooses will no doubt include further cuts to vital public services already depleted to breaking point by more than a decade of savage spending cuts.

Even if the TUC does not specify a figure, campaigning for immediate increases in the defense budget under these conditions is incomprehensible and divisive. It pits defense workers against those in other sectors, utilities first and foremost, and even against all workers who depend on a well-funded public realm.

It could be argued that it is possible to spend more on all of these things. It is an illusion, detached from political reality. We have a Conservative government that, if it immediately increases arms spending as requested, will also immediately reduce elsewhere.

It will not primarily fund increased militarism through tax increases on the wealthy, but rather through cuts to welfare, health, education, and local governments.

As the Star has previously reported, independent experts have calculated that the increases the government was talking about before the recent bond market crisis would have resulted in a 5% increase in income tax or an equivalent reduction in spending.

No prizes for guessing which option Sunak would choose. Is this really what the TUC wants?

But there is a more fundamental reason to challenge the TUC’s resolution. Even if public finances were on edge, his proposal would be wrong.

Arms spending isn’t just about investment in manufacturing – if the latter were the problem, there are plenty of progressive ways to achieve the same outcome in terms of jobs and skills, most of them being in fact defended by the TUC.

But the increase in armaments puts more weapons of war in the hands of the ruling class. Defense spending serves foreign policy.

And — without going back any further in history — it is the establishment that has used these weapons to occupy Afghanistan, invade Iraq and bomb Libya in this century alone. It is also, as noted, to arm and finance the annihilation of Yemen, among other depredations.

On what logic to equip this elite with even more armaments? It will be used directly or indirectly to destroy other lands and kill tens of thousands of people in the interests of advancing Anglo-American imperialism.

This is too high a price to pay for stimulating manufacturing – an important goal that could, I repeat, be achieved in much better ways. Giving guns to the Tories (or New Labour, for that matter) is not a bloodless affair.

The TUC would rightly despise the idea that Boris Johnson, Liz Truss or Sunak could be entrusted with our economic and social well-being. By what reason then can we entrust these same politicians with even more tanks, missiles, guns and bombs?

Of course, the shroud of “the Russian threat” will be waved. There is always a threat at hand when the arms monopolies need it to increase their profits. Russia’s aggression against Ukraine is unwarranted, but it is no more a threat to Britain requiring an arms buildup than was the ill-conceived “war on terror”.

Ultimately, the TUC resolution expresses this perspective of class collaboration which, at worst, has sent working class people to die in ruling class wars under the banner of “national unity”.

Of course, none of the unions that voted for want this end. They have mostly opposed the recent wars of intervention. But the movement must realize that the price of a campaign to increase defense spending will literally end up being paid in blood all over the world.

Foreign policy and defense strategy are class issues just as much as the national agenda – the elite who brought down the economy in 2008, gave us years of austerity and are now trying to force ordinary people to pay for a cost-of-living crisis capitalism is making, can make matters even worse.

Diverting more of our wealth to put additional weapons in their hands is a sure way to help them. Trade unionists should organize now for a reversal of this policy and organize the Stop the War trade union conference in London on January 21 as a starting point – this now has added urgency.

To find out more about the 2023 Stop the War trade union conference, go to www.mstar.link/STWTU.

Is there no point in having our own government anymore?