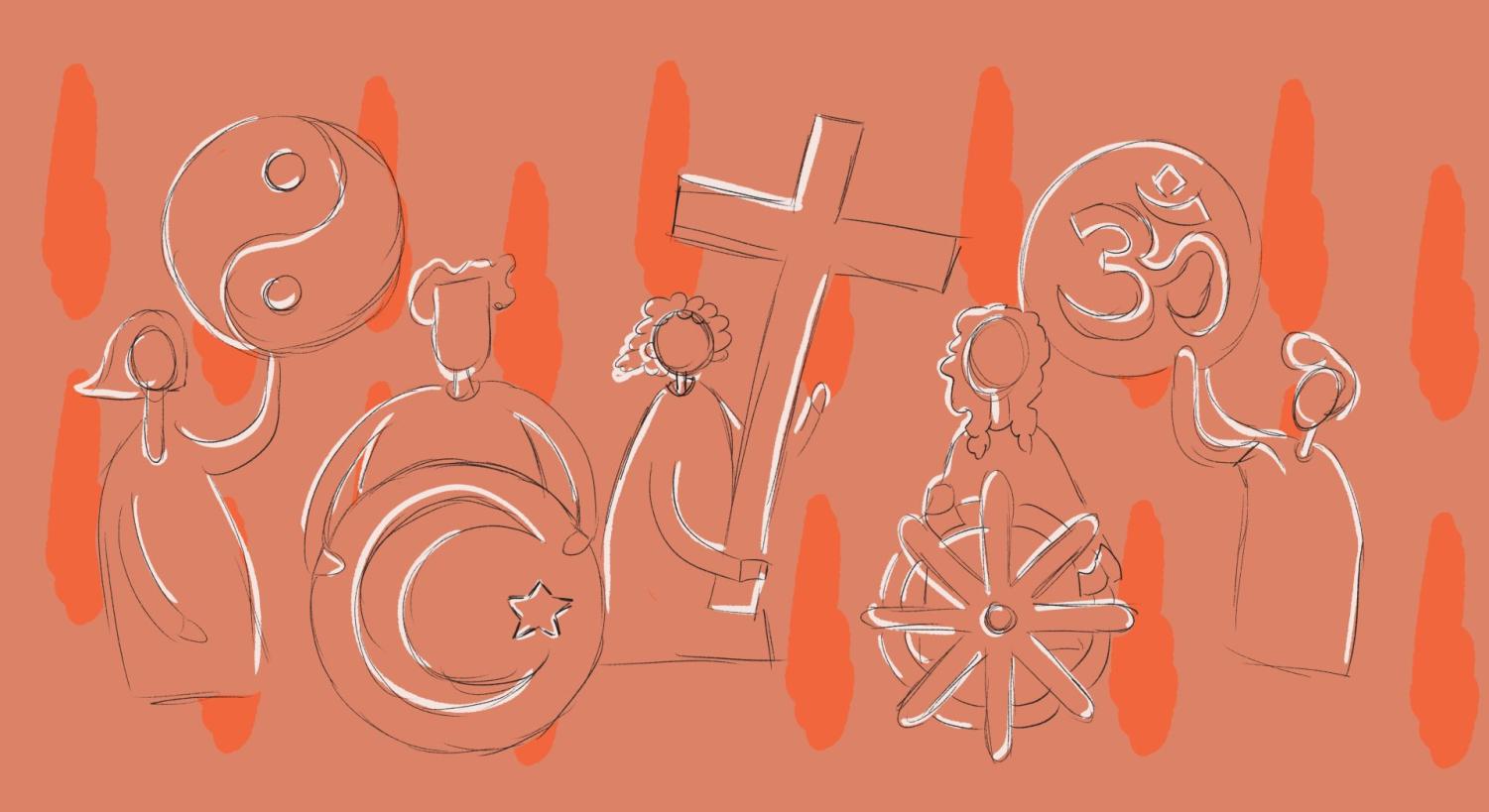 DePaul has two sacred spaces on campus for gathering, celebrating and collaborating — but student faith leaders say it is underutilized.

DePaul also owns non-Catholic sacred spaces such as the Jewish Life Center and several Muslim prayer rooms on campus and the Chicago Downtown Islamic Center in the Loop.

The spaces are only open rooms available for interfaith programming, with no designated staff member, unlike other cultural centers on campus.

“Corn [the previous staff member] hosted events with missions and ministry,” Kinsella said. “We did a lot more interfaith things.”

Muhammad Farrag, a Muslim interfaith junior and scholar, said DePaul’s United Muslims Moving Ahead (UMMA) organization was able to hold events, such as the weekly prayer, at the interfaith Loop campus. He added that he wanted to see more co-sponsored religious events.

“I think having multiple religious organizations co-sponsoring an event is mostly a good idea and a general net positive all around,” Farrag said. “I think interfaith spaces could be used more or at least made more public.”

Hillel used to hold interfaith Shabbat and Seder on campus, but events like these have stopped.

Kinsella added that the lack of events means many students don’t even know interfaith spaces exist.

DePaul does not publish specific religious demographics, but also promotes religious diversity. Forty-one percent of the 2020 freshman class who reported a religious preference said they were Catholic, according to DePaul’s 2020 enrollment summary.

Abdul-Malik Ryan, associate director of religious diversity and pastoral care, said the Mission and Ministry Division takes a broad view of what interfaith spaces look like.

“A lot of people may think that interfaith spaces are just spaces where people talk about religion or where each person represents a specific religion or things like that,” he said. “We bring together people from different backgrounds, from different parts of the world. People have different perspectives.

Farrag said he has personally used interfaith spaces on campuses.

“One of the most important [reasons for interfaith sacred spaces]is to have a peaceful place to meditate, pray and reflect,” he said. “Particularly for those who don’t have spaces dedicated to their religious tradition or those who still don’t know exactly where their spiritual journey takes them. It can provide a calm and pressure-free environment.

Hillel did not use interfaith spaces this year but encouraged interfaith events outside of those spaces, according to Kinsella.

DePaul President Hillel Priya Fink thinks there is a lot of potential for interfaith spaces to foster religious equity in DePaul.

“As a Catholic university, DePaul is doing a pretty good job of including other religions, but I think there could be more effort for inclusion and more collaboration,” Fink said. “I think space could be a really good way to do that. And not just doing more, but making sure people know what’s going on in that space.

Outside of student life, DePaul offers courses and events in Jewish Law and Judicial Studies in law school and an undergraduate degree in Catholic Studies. In the religious dimension required for students, there are several options for specific faith-based courses.

Fink believes that engaged dialogue could occur from a more active interfaith space outside of the classroom.

“There is a certain structure and expectations in university spaces,” she said. “People might feel more open to discussing it elsewhere. So having an interfaith space gives them that option.

“It’s one thing to learn about other religions as an academic subject, and it’s another to interact with the experiences of those who practice them,” Farrag added. “By learning through social rather than exclusively academic pathways, interfaith seems more part of our lives and something we can take with us and apply to our daily interactions with people.”

Ryan said an interfaith space can resemble the diversity of the world. In Chicago, Catholics and Christians make up the majority of religious adults, but also include Jewish, Muslim and Buddhist representation, according to the Pew Research Center.

“DePaul seeks to prepare people not just to live, but to contribute to a diverse, multi-faith world in which a true appreciation of the different histories and experiences of people of all faiths and none is essential to engaging with others in ways that to give life. and honor rather than predatory or essentialist,” he said.

These designated spaces could also prevent unaffiliated students from participating in religious practice.

“It’s kind of scary to step into a space you’ve never been in before,” Fink said. “Or a space reserved for a group of which you are not a part. Having the interfaith space is like a designated space for everyone. So it’s a bit more comfortable.

Collaboration can happen more organically in social spaces rather than in the academic setting.

“By learning through social rather than exclusively academic pathways, interfaith seems more part of our lives and something we can take with us and apply to our daily interactions with people,” Farrag said.

Interfaith events have taken place at DePaul this year, but not in these spaces. Forty-one percent of the 2020 freshman class who reported a religious preference said they were Catholic, according to DePaul’s 2020 enrollment summary.

“We would like to see more interfaith collaboration,” Fink said. “It’s something that is very close to our hearts. And I think an interfaith space can be very helpful in that regard, but it doesn’t have to be the only thing.

Several major holidays are approaching such as Purim, Holi and Good Friday throughout March and more in April, according to the DePaul Calendar of Religious Observances.

“The real changes are going to come when students and students just form those relationships organically,” Kinsella said. “It would be kind of my dream to see in DePaul, it’s these organic relationships between all these different religions so that we can have a strong community of interfaith people.”

4 things to know about personal loans

Six things to consider before retiring