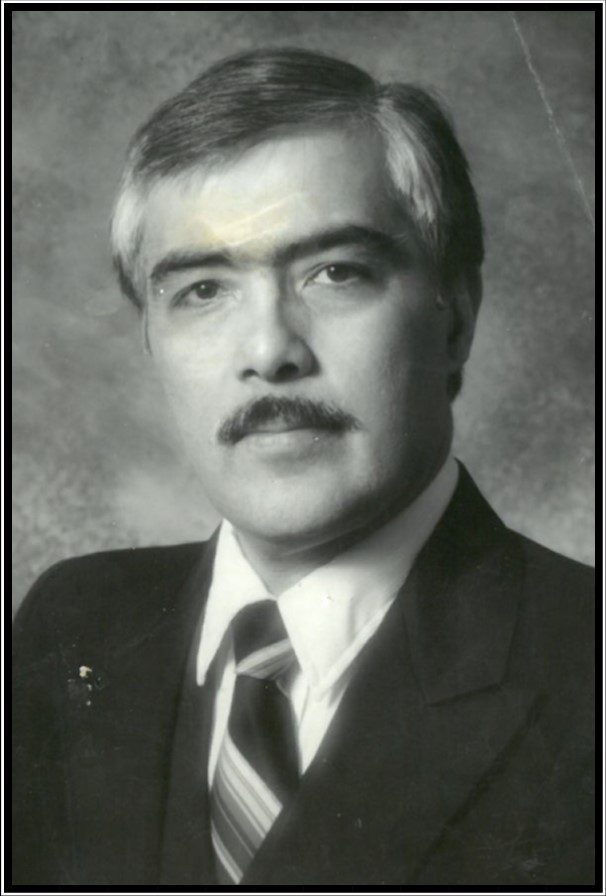 As state director of the League of United Latin American Citizens, Sonny Subia hopes to continue the work of his late mentor.

Roberto Cordova first contacted Subia while playing football at Greeley West High School. Cordova, a professor at the University of Northern Colorado, called Subia and told him he was following his sporting achievements in the newspaper.

“’We need you, Hispanics. We need Mexican kids in college. I want you to do well, and I will support you, but I want you to go to college,” Subia recalled telling her.

Subia, who became involved in the League of United Latin American Citizens (LULAC) with encouragement from Córdoba, is one of many people who received support from Córdoba after moving to Greeley in 1977. Córdoba did volunteering at the Rodarte Community Center and has helped establish more than two dozen LULAC Youth Councils in middle and high schools across Colorado. A few years ago, the Greeley Chapter was renamed the Roberto Cordova Greeley LULAC Chapter out of respect for his work within the organization.

Damion Cordova, Roberto’s son, said his father never forgot his roots growing up as a poor young Latino in the 1950s and always worked to give back to the community.

“He knew it was the education he had received that allowed him to succeed in life and even the importance of an education and how much an education can give people access and opportunity,” said Damion. “It was really his passion.”

Cordova in 1977 became the first Latino to earn a doctorate in Spanish linguistics from the University of Colorado at Boulder’s Department of Hispanic Studies.

By creating LULAC youth councils—in addition to helping establish scholarships—Cordova has shared her passion for education. Just this week, as Damion and his sister went to lunch at a local restaurant and met someone who knew their father from when he joined LULAC in middle school. The organization helped him get into UNC. He credited Cordova with taking him so far in his upbringing.

Cordova’s passion for the LULAC youth councils was so great that he once took Subia on a trip to Carbondale to be sworn into a council. Cordova hadn’t told Subia where they were going until they were already heading in that direction, he said.

Although they ran into whiteout and risky conditions on the way back, it was well worth it – and a trip Subia will never forget.

The coalition investigated the university’s representation of black and Latino communities in its staff and academic hierarchy, as well as complaints of discrimination. They also advocated a lot for cultural centers.

Cordova and George also helped launch an annual Social Justice and Diversity Summit in 2004, where members of the campus community gathered to hear speakers from the local, state, and national levels.

“I think his legacy is the very spirit of the struggle for representation and for agency, historical agency — the ability of the Latin American community in particular, people of color more broadly, oppressed people more more than that – to have a fair share, to be full partners in the institutions and in the life of the nation,” George said.

George saw Cordova in four key roles: a father, a friend, a scholar, and a revolutionary and rebel. Although the latter was a label he comfortably wore, George said, Cordova didn’t understand why his advocacy work was considered “radical.”

“From his point of view and his mind, all he was really doing was asking the institutions and traditions of this country to live up to what they proclaim, what they say they are, especially when it comes to equality, equity,” said Georges.

Nicole Cordova, Roberto’s daughter, said he was proud not only to serve his country with 20 years in the military, but also to exercise his freedom of expression.

“If you don’t talk, they won’t hear you,” Cordova said.

Cordova worked to bring people together and foster discussion before moving forward with any action, according to Subia. This desire to hear others’ perspectives seemed to be strategic, part of Cordoba’s military experience, Subia said, and was key to their success in advocating for the Latin American community.

Despite all his time as a teacher and a lawyer, Cordova has also always been there for his family. Nicole said he never misses his children’s games and performances, sometimes even doing practice. Cordova always said her two biggest accomplishments were her two children, Damion said.

Subia said Cordova was like a father to him. He hopes to continue Cordoba’s legacy by passing on his advice, advocating for the Latin American community, and supporting educational opportunities.

Cordova once surprised Subia by inviting him to a Boy Scouts awards banquet. Subia was not involved growing up, but helped start a LULAC-Boy Scout partnership called Scout Reach, to help support Latinos wanting to join the Scouts.

Cordova told Subia that someone is receiving the Whitney M. Young Jr. Service Award, which recognizes those who have helped develop Scouting opportunities for young people from rural or low-income urban backgrounds. Subia and Cordova attended the banquet until there was a reward left. Subia began to doubt that the Whitney M. Young Award was going to be awarded.

Cordova then took to the podium and announced that Subia had won the award.

As Subia continues his work with LULAC, he hopes to realize a dream that Cordoba has always discussed with the university: to create a national center for LULAC educational services, where students could receive educational advice, scholarships, leadership development and more on campus. LULAC has 18 such centers in the United States

“It was his dream to have a place where students could come to UNC and be part of the campus,” Subia said. “It’s a lot of money to do an LNESC, but we have great partners now, and the community needs to support it.”

The family planned a celebration of life on the UNC campus, noting in his obituary that he did not want traditional funeral services.

“I don’t want people to be sad when I die, rather I want people to celebrate the life I’ve led,” he said. “I want music, celebrations and tears of joy and happiness for me because I had a great life and I will die happy.”

Is there no point in having our own government anymore?