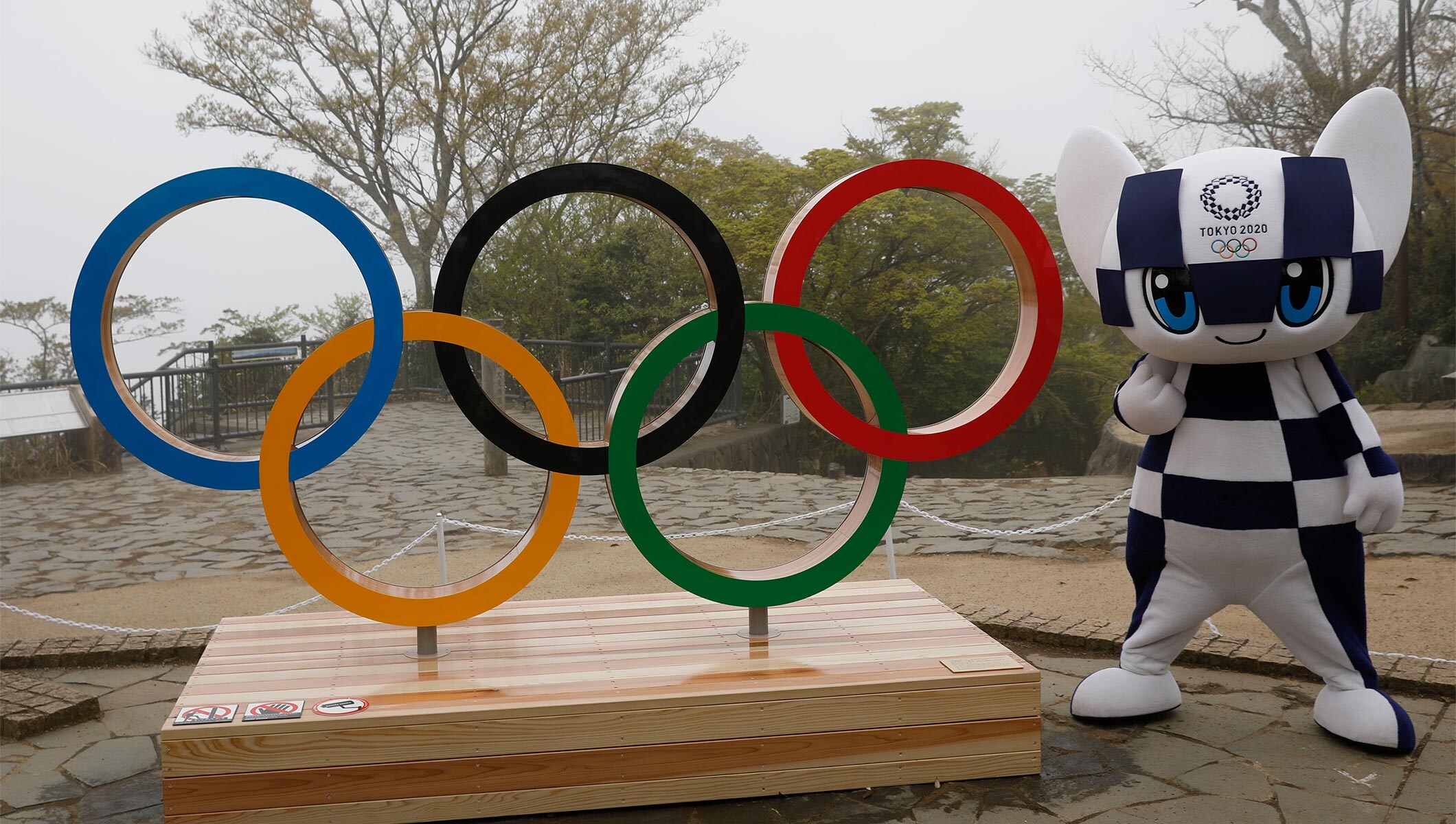 What if the Tokyo Olympics, already postponed once due to the Coronavirus pandemic, are forced to be postponed or even canceled? One of the latter seems very likely now, with the US government’s recent warning to its citizens not to travel to Japan due to Covid 19. Such a warning, just two months before the Games – the Olympics are expected take place from July 23 to August. 8, and the Paralympic Games from August 24 to September 5 – can only shake all the nations linked to the Olympics, including India, and therefore induce insomnia in financial institutions, including the big companies of insurance.

More importantly, a cancellation could leave organizers – and Japan, to be precise – with a loss of up to $ 43 billion, according to a recent study, a postponement will result in a loss of $ 6.2 billion.

The American advice came from the Centers for Disease Control and Prevention (CDC). This is called a level 4 travel health advisory for Japan due to Covid-19, indicating a ‘very high level of Covid-19 in the country’. The notice also stated that there were restrictions in place affecting the entry of a US citizen into Japan.

Resistance to the Olympics, carried over from last year, came from Japanese citizens themselves. According to a recent Kyodo News survey, nearly 80% of Japanese want both Games canceled or postponed. Some want it to be postponed until 2024 (when Paris should host the Olympic Games).

If the financial details are huge, so are the legal knots. During the first call to postpone the Games, the International Olympic Committee (IOC) signed an agreement with then Japanese Prime Minister Shinzo Abe. The agreement stipulated that the Games “should be postponed to a date beyond 2020 but no later than summer 2021 …” The reason given by the IOC in this regard was that this should be done to “protect health athletes, all those involved in the Olympic Games and the international community. “

This is sheer madness. The IOC is more determined to protect its results and itself from the multiple disputes it could face if the Games are postponed or canceled. The IOC has little interest in “safeguarding the health of the athletes” or anyone else for that matter.

The financial implications for Japan and the authors are enormous. Even if both Games – the main Olympics and the Paralympics – take place before empty stadiums, according to a study by Professor Katsuhiro Miyamoto of the University of Kansai, there will be a loss of $ 3.7 billion. expenses directly related to the Games. This is 90% of what was originally planned for the event.

An Olympic Games is not an IPL match. It is a series of events in which a whole country participates, to which hundreds of thousands of spectators crowd, buy tickets, souvenirs, visit places and stay in hotels. It is a complete ecosystem in itself. The Olympic Games change the spending pattern of a people. According to Professor Miyamoto, household consumption spending would halve to $ 2.7 billion (from what was projected) and there would be a concomitant reduction in corporate marketing activity.

Other projections were for promotional sporting and cultural events that would drop to $ 8.2 billion, again half of previous levels. The entire preparatory mode of the tourism industry in Japan – which could have been an antidote to Japan’s deflationary tendency for decades – would vanish into thin air. Arguably such projections for this sector were, anyway, too optimistic in this Covid atmosphere, but with the decline of the first wave there was hope that certain sections of events could be resuscitated.

For another postponement, according to Professor Miyamoto, there could be losses of up to $ 6.2 billion. Even if the booths aren’t empty and, with strict social distancing, the numbers are halved, this segment would suffer a loss of $ 13.5 billion.

These are frightening numbers for Yoshihide Suga, who took over the post of Prime Minister of Japan from Shinzo Abe in September 2020. With Suga forced to declare a state of emergency in several regions, including Tokyo, then with Kyoto practically in recently collapsing under the pressure of infections, the situation is dire.

This, however, is the tip of the iceberg of the problems. When IOC President Thomas Bach recently said that there was “no reason” for the Olympics not to open on July 23 and that there was no “plan B” , he looked rather hollow. Tokyo 2020 President Yoshirō Mori has yet to decide whether spectators will be allowed to attend the Games. And that’s the face of 4.48 million tickets already sold for the Olympic Games and 970,000 for the Paralympic Games. Here is the catch. Tickets are valid for 2021, with just 8.10,000 Japanese Olympic Games ticket holders requesting a refund last month. What happens if it fails? Who takes the note and who fights the many cases?

The organizers and the IOC can face many legal nightmares. The Olympic Games involve approximately 11,000 athletes, 15,000 media staff and millions of coaches, spectators and volunteers. The whole system can hardly operate without contact. People will meet people, surfaces will be touched and shared and it will definitely turn into a super-spreader event. It will be a high risk event.

Force majeure is a term used in contracts to describe unforeseen events, beyond the control of a party, which may exonerate a party from its liability. During this Covid pandemic, this insertion into contracts saved several commercial contracts across the world where companies may have experienced supply chain disruptions or disruptions that impacted their ability to execute a business. contract.

However, force majeure is not intended to excuse negligence, fault or any other irregularity of a party, or situations where intermediate circumstances are specifically contemplated by the parties or already taken into account in the agreement of the parties. To put it simply, only an unforeseen contingency which alters the essential nature of the performance can be considered in this context. What happens when an ordinary contract is supposed to be performed in a recognized and proven high risk environment? We cannot wish to rule out the risk factor in an atmosphere ravaged by Covid where we want to go, knowing full well the risks involved.

Consider an event involving highly insured people – an athlete like Usain Bolt would be considered an example, although he does not compete. Which insurance company will be willing to risk its reputation and its money by insuring Bolt in a race where there is more than enough chance of being infected? Which athlete in a contact sport – wrestling and judo, for example, as well as swimming, where the water environment can be the cause of infection – will be assured in this specially loaded environment?

Insurers often avoid covering staff in the high risk category. In India, some insurers offer life insurance coverage to the armed forces and these insurance packages differ from the usual packages offered to the general public. Will it be possible for all Indian athletes, for example, to get this specialized insurance coverage for that specific period, while suspending their general insurance coverage? This has not been reviewed by either the Indian Olympic Association or the IOC. Will the IOC or the Japanese Olympic Organizing Committee be prepared to insure all participants against any possible infection during the Games? There was no word on it. All the IOC has promised is a contingent of doctors and staff to make sure everyone is safe – a cheap and useless promise in every way.

The IOC is in a difficult situation. He not only risks losing billions of dollars in sponsorship credits and TV contracts, but he also risks being sued in billions if those TV contracts are not honored. In addition, the IOC has a responsibility to ensure that it recovers a certain amount of money that it spends each year on the promotion of sport. The Olympic Games are the biggest property of the IOC. He must sweat vigorously to stay alive.

For Tokyo, the specter of cancellation has not completely disappeared. The Olympic Games had been canceled during the two world wars. The 1940 Summer Games, which were to take place in Tokyo, were postponed due to the war and moved to Helsinki, where they were later canceled altogether. However, those days the Games weren’t that big, economically. The loss was only for the athletes. Today, each section of the Games is linked to another.

What is the size of the contracts threatened by possible cancellation? Almost a decade ago, NBC and the IOC agreed to a $ 4.4 billion deal that runs through the 2020 Olympics. The deal was extended until 2032 later. , NBC agreeing to pay $ 7.8 billion. How did NBC agree to pay such a huge sum to the IOC? NBC had done extensive research into audience, promotion, advertising and related factors that influence the value of a broadcast deal. These projections did not take into account any pandemic situation. Even if a war situation had been considered, it would have been covered by the force majeure clause, protecting the IOC. Deferral is what the IOC can tolerate financially. A cancellation? Never. Hence no plan B.

It is possible that even another postponement can be adjusted amicably between the contractual partners. There could be renegotiations. But with the sums already paid, the IOC will remain under the obligation to deliver and deliver quickly.

After all, it’s business until the end. And people’s lives don’t matter. This selfishness was evident as the Greek government ran into € 12 billion in debt simply by hosting the Athens 2004 Olympic Games, one of the main reasons the country subsequently went bankrupt. Greek citizens protested vehemently against the Games in a crumbling economy. Neither the country’s government nor the IOC cared. Tokyo is in shock, under a different emergency today. And it doesn’t matter that there is no plan B.

Are you sure you can reopen your workplace safely?