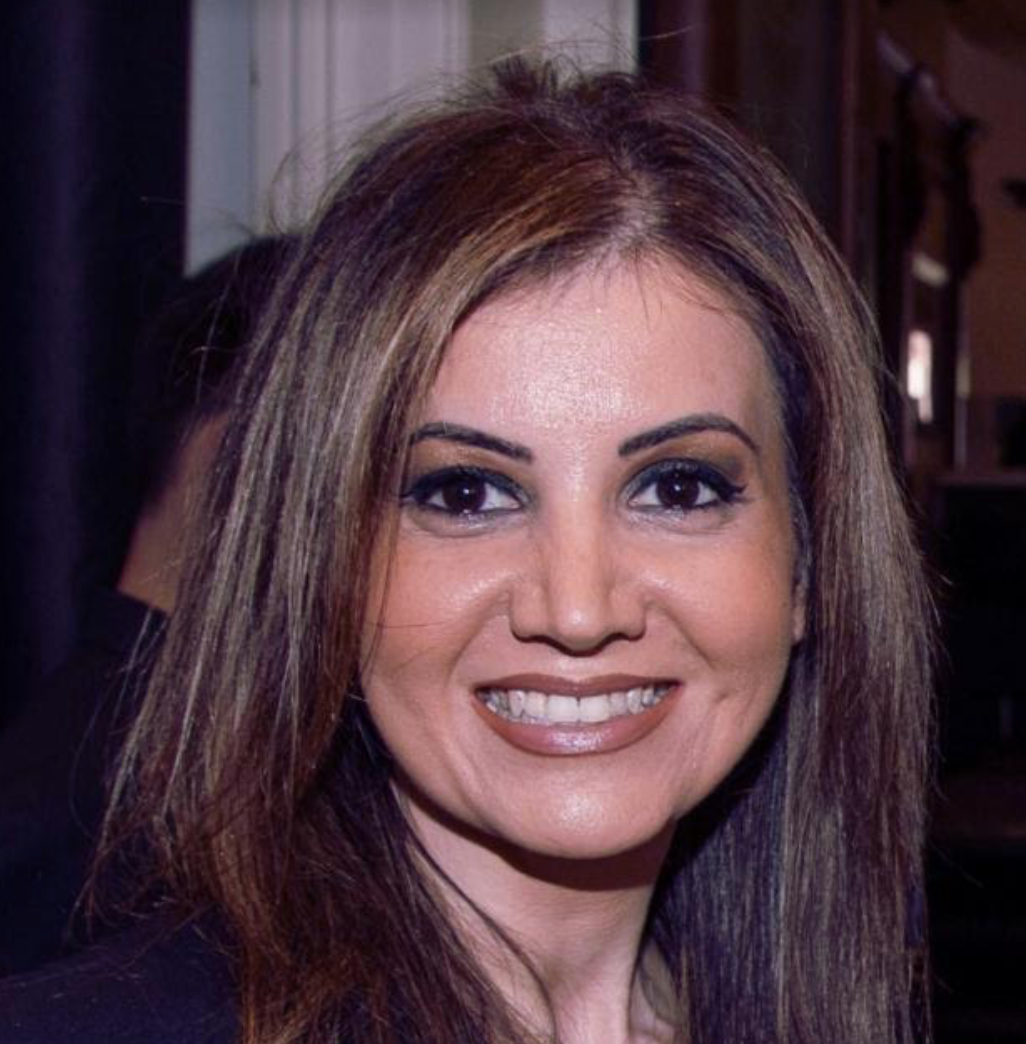 Since setting up my Sexual Violence Bill webpage, I have been both truly grateful and deeply affected by the firsthand stories that victims of false allegations have shared with me. I also very much appreciate all the support for the cause against the bill that has been communicated by the many people who gasp at its proposals – which will generate more such tragedies of false allegations. Please visit and email me.

Once again, I am honored that ‘Jade’ chose to make contact and agreed to write about her and her husband the grueling years-long struggle against false sex claims. This is the second part of its story (the first part is here)â€¦.

Having been granted bail, pending his appeal against his wrongful convictions, my husband Brett was unable to be around children, unable to travel to any part of New Zealand, and unable to travel overseas. He was on the child sex offender registry, which involved contacting the police whenever he was away from home for 48 hours or more.

But what’s even more important is that Brett and I then returned to the familiar, depressing truth that the struggle for his freedom was going to cripple us financially. We had spent over $ 200,000 on legal fees before we were broke enough to qualify for legal aid. My husband is self-employed and lost his main client while in prison for six weeks. For three years, we suffered serious financial difficulties. I have become an expert on KiwiSaver withdrawals. When our bank and KiwiSaver accounts were empty, we had to borrow from the family to pay the mortgage and the bills.

But the financial damage was nothing compared to the damage to our mental health. I’ve always been an anxious person, but when Brett was sentenced I rose to the top of the anxiety scale and started to self-harm as well. I have had frequent panic attacks.

My biggest worry was that Brett would die; either by suicide, or murdered in prison or in an accident while he was in a state of distress. The second concern was that Brett would lose his appeal and go back to jail. The loss of our home (and our non-rental pets) came in third, followed closely by Brett who lost his business (and probably his mind too). And number five was that I ended up in safe psychiatric care due to my inability to cope with issues one through four.

I have developed a horrible combination of insomnia and night terrors where I stay awake for an hour or more, then have horrible nightmares and wake up drenched in sweat and my heart pounding. Until recently, this pattern repeated itself several times each night. I still have severe insomnia but I only have nightmares two or three times a week now.

Brett hadn’t had any mental health issues until the invented sex complaint came into his life. Brett ended up in the hospital three times after becoming catatonic with no known physical cause. One evening he was very upset. He had his car key and blurted out that he was going somewhere to end his life. Trying to take the car key away from him, I ran aloud through all the people who would miss him if he killed himself. When I shouted, “and I’m not going to be the one to tell your mother that you killed yourself,” he finally walked away from the door. I blocked the house with the two of us inside and hid the keys to his house. He seemed to calm down but didn’t want to let go of the car key. I stayed awake all night, checking it every hour. The next morning I went to wake him up and – terrifyingly – couldn’t do it. He was still holding the key to the car and didn’t seem to be breathing. I called 111 and they explained to me how to get him out of bed and start CPR. At the hospital, they performed numerous tests, but found no physical problems. We spoke to a psychiatric nurse and after explaining the prison and wrongful convictions she said it was no surprise that her body came to a halt due to extreme stress.

A year after Brett’s conviction, Crown Law (the Crown) admitted there had been a miscarriage of justice. Their “concession” recommended that Brett’s convictions be quashed without a new trial on the grounds that a stay should have been granted at the hearing and that the judge misdirected the jury regarding the complainant’s inconsistent statements.
Two days before the Court of Appeal hearing, several communications from judges indicated that they could not understand what had happened in the district court. That night, Brett picked up a knife and tried to lock himself in the bathroom after yelling, “This will never end.” Fortunately, the stories of people gaining superhuman strength to save loved ones are true. I pulled out my husband’s knife, 30 kg heavier than me, and dropped it in the toilet, screaming for help. The police finally arrived and we went to the hospital.

The Court of Appeal took another year to overturn the convictions without a new trial.

In addition to the most serious mental health incidents, Brett has often woken up not knowing where he is. I wake up when it bounces off the walls of our bedroom trying to find the door.

We had just arrived at a safe harbor financially and regained a sense of normalcy in our lives when Covid struck. Restricting movement during the lockdown was particularly difficult for an imprisoned person. One day, Brett started writing a document he wanted me to keep safe in case “they” came to pick it up. He explained to me that the following allegations and lawsuits were set up to try to break him. This conspiracy theories discussion went on for a while until he admitted he needed help and I called an ambulance again.

While having your convictions overturned and ultimately losing the fear of going back to prison has visibly improved life, unraveling the damage to mental health caused by a wrongful conviction. I still live in a high state of anxiety and when something goes wrong I turn into crying or screaming. Brett still loses his mind from time to time. Two years after the convictions were overturned, he ended up in hospital after having another catatonic episode. He still has some really bad days when I’m afraid he’ll hurt himself.

Brett and I are almost obsessed with other miscarriages of justice. We read the news and social media in bed every morning looking for more cases. We have followed the sexual violence bill with horror as it would obviously increase the likelihood of further wrongful convictions. I understand that the purpose of the bill is to protect the interests of complainants, but as the law already is, the interests of Brett’s complainant have taken precedence over a fair trial.

In Brett’s case, police and prosecutors accepted everything the complainant said to be true and did not question her about her contradictions and evolving history or the inconsistencies between the other prosecution witnesses. Three requests to stay the case based on these incongruities were rejected.

The judge made no comment when it was shown that the complainant had lied in court, nor when it was proven that she had influenced another witness to give false testimony. That we have a fair and organized “justice system” for these cases is a “rape trial myth”, the truly systemic part being widespread disorganization.

There were delays in disclosure from the police / prosecution. There was a document stating that the plaintiff had been diagnosed with borderline personality disorder that Brett’s lawyer first saw near the end of the second trial.

There was an important document received just before the first trial for which the police had no record of when they received it from the complainant. Had the defense had to disclose its evidence prior to Brett’s trial – via discovery cross-examination of the complainant – as proposed in the Sexual Violence Bill, our disclosures would have been made before the prosecution reached us. disclosed all of their evidence, increasing the injustice to Brett even more.

Brett’s complainant repeatedly tripped when it was shown to be untrue or inconsistent. But absurdly, this proposed requirement for the defense to have to disclose its case before trial would mean that in a trial like Brett’s, where the
Complainant is not telling the truth, so she could be perfectly trained before being called back later at trial (due to late disclosure of the charge, say).

The other prosecution witnesses would also have months to clear up their stories. Our experience of actually seeing our evidence – which pointed to Brett’s innocence – being prohibited from being shown to the jury, taught me the legal name of innocence evidence – it’s “exculpatory evidence.”

The bill on sexual violence simply proposes to add to the list of exculpatory evidence that will be excluded from examination by juries.

I wrote our story to explain that innocent people are convicted and that these miscarriages of justice destroy lives. The sexual violence bill will very likely make wrongful convictions much more routine. So that’s our saga – so far. And the last word I give to a true hero, a truly traumatized victim and survivor – my tortured husband, Brett:

â€œWith a lying complainant, every accused man can reasonably expect a high probability of being convicted. The only rock solid alibi will be if he’s already in prison.

Samira Taghavi LLM is a criminal defense lawyer and practice director for ActiveLegal, a nationally active criminal defense firm. She is a member of the Auckland District Law Society Criminal Law Committee.