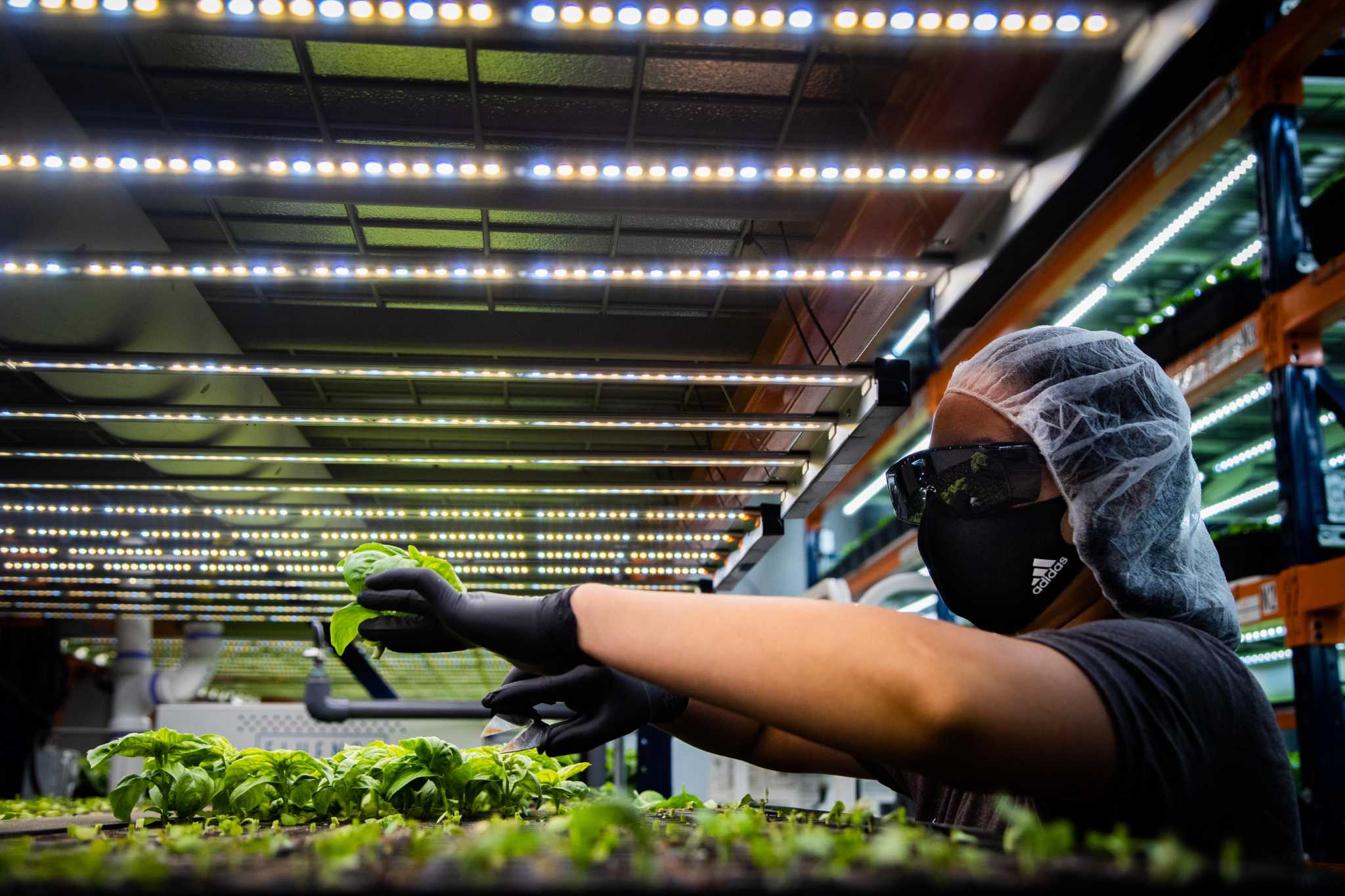 An entrepreneur’s dream often starts with a problem. For Zain Shauk, it was wilted lettuce.

Shauk grew up in Santa Monica, California, where the greens were always greener. When he moved to Houston in 2010, he found packaged and pre-washed products lacking. “I’d come home and open the container and it was already steamy and squishy, ​​and I’d be like, ‘What’s the deal? “”

This simple question led him on a journey that took him through Las Vegas, a Britney Spears concert and finally a garage in suburban Houston. The answer to the problem of steamy, slimy greens, he realized, was simple: to deliver fresher produce, they needed to be grown closer to customers.

This simple solution inspired the launch of Dream Harvest, a company that uses hydroponics and a technique known as vertical farming to grow lettuce, kale, herbs and seedlings in an industrial building. bottom of southwest Houston. Today, Dream Harvest, founded in 2015, delivers fresh produce to 46 Whole Foods locations in Texas, Oklahoma, Louisiana and Arkansas, as well as Sweetgreen stores in Texas.

More growth is on the way. The company recently raised a $50 million investment from private equity firm Orion Energy Partners, which has offices in New York and Houston. The capital will fund a new 100,000 square foot grow facility in southwest Houston and create 40 new jobs, more than doubling the workforce of 26.

Science fiction movies have long included backdrops with food growing inside spaceships and outer space planetary settlements. But it could represent the future of present-day Earth, where droughts and severe weather are expected to intensify with climate change.

The expansion should be complete in about a year, and Shauk sees an open field to expand further. The company’s main competitor comes from outlying states, where nearly all leafy greens are grown outdoors. As the planet warms, Shauk said, traditional agriculture will be increasingly challenged by drought and extreme weather.

“If you look at climate change and its effects on water in California,” he said, “it gets really serious.”

Shauk moved to Houston ten years ago for a job as a reporter at the Houston Chronicle. He covered community news, school boards, city council, crime, courts and energy before moving to Bloomberg News. His stint in a newspaper – where the headlines can be fond of puns – may explain some of his product labels: “Kale-ing Me Softly”, “You Butter Beleaf It”, “Discovery Greens” and “Lettuce Remain Quiet”. .”

The reports, he says, helped him develop the skills to research the market, technology and financing needed for his business. This included cold calling grocery stores, the way he once called potential news sources, shoving his way to decision makers who might be interested in his products.

On HoustonChronicle.com: Rising food prices are ‘getting a bit scary’

“When you’re a business journalist, you learn a lot about business,” he said. “It was like getting an MBA and not paying for it. You see all these case studies of things companies did wrong and things they did right.

The idea for Dream Harvest was born during a trip to Las Vegas in 2014, where Shauk and his friend Harmeet Singh were attending a Britney Spears concert. Amid the glitz and glamor of Vegas, they started talking about lettuce.

“Everything we ate grew in California and was shipped over a thousand miles,” Shauk lamented.

Greens turned brown during distribution. A huge amount of food and energy was wasted on a not-so-fresh taste when the production finally hit the table. Legacy issues associated with traditional agriculture, including soil degradation, pesticide contamination, and water and land use, offended Shauk’s environmental sensitivities.

Singh, a chemical engineer, had experience with hydroponics. They suspected that hydroponics, which grows plants in nutrient-rich water, would allow them to grow produce locally with a cooler delivery time.

They started growing in a garage in suburban Houston. They discovered that advanced technologies such as LED lighting systems, bio-engineering and wind-powered electricity meant that greens could be grown locally and sustainably, with multiple harvests all year round in indoor environments. tightly controlled.

Shauk and Singh claim that their indoor farm yields 400 times the yield of an outdoor farm, using 95% less water and no pesticides.

All is not well done

Dream Harvest resides in what is called the controlled environment agriculture sector, and it turned out to be a risky business. AppHarvest, a Kentucky-based publicly traded indoor farming company, has seen its stock plunge from more than $40 to under $4 in the past year after missing rappointment schedule.

Last fall, AeroFarms of Newark, NJ — which has one of the largest indoor growing operations in the world — severed the deal to go public through a special-purpose acquisition company. Neither AeroFarms nor SPAC would say why the deal fell through. AeroFarms co-founder and CEO David Rosenberg said only that his company decided it was “not in the best interests of our shareholders.”

Agricultural technology, a related sector, has also seen its share of faltering companies. The stock of Boston-based Ginkgo Bioworks, which develops biopharmaceutical chemicals through gene editing, fell from nearly $16 in November to around $6. The plunge came after Scorpion Capital, an activist investor who sells stocks short, released a 175-page report accusing the company of “phantom income” and calling it a “hoax for the ages”.

Shauk said success or failure depends on data, like any other business. And in vertical farming, it’s all about crop yield and transparency about costs and revenue.

“Any investor who asks about our business, we just say, ‘We’ve got the returns, and if you want to come check us out, come check us out,'” Shauk said. “We say audit us as you wish. We have the weights [of crops] we say we have. We’ve done it many times and we have a lot of data on it.

Where other vertical farming companies have invested in robotics and advanced systems, Shauk said his company has devoted most of its efforts to the science of perfecting the ideal growing environment, adjusting and readjusting over 100 variables including temperature, humidity, lighting and nutrients.

In some ways, Dream Harvest has marijuana to thank. The booming industry — 18 states have legalized recreational cannabis — has invested heavily in advancing lighting technology, resulting in greater efficiency and lower costs, Shishkoff said. Dream Harvest has made the most of these advances.

“They are able to grow and maintain good yields,” he said.

Science fiction movies have long included backdrops with food growing inside spaceships and planetary colonies. But it could represent the future of Earth, where droughts and severe weather are set to intensify with climate change.

This would pose a threat to traditional agriculture and food production as the world’s population grows and becomes hungrier.

“Food safety has an impact in every corner of the world,” said David Cohen, CEO of Fluence by OSRAM. “The ability to access fresh produce will become essential to the health and well-being of people around the world.”

Texas Inc.: Get the best business news straight to your inbox

Cohen’s company, one of the world’s leading suppliers of LED systems, handles the lighting for Dream Harvest. Cohen, meanwhile, keeps his hand on the pulse of the industry he supplies.