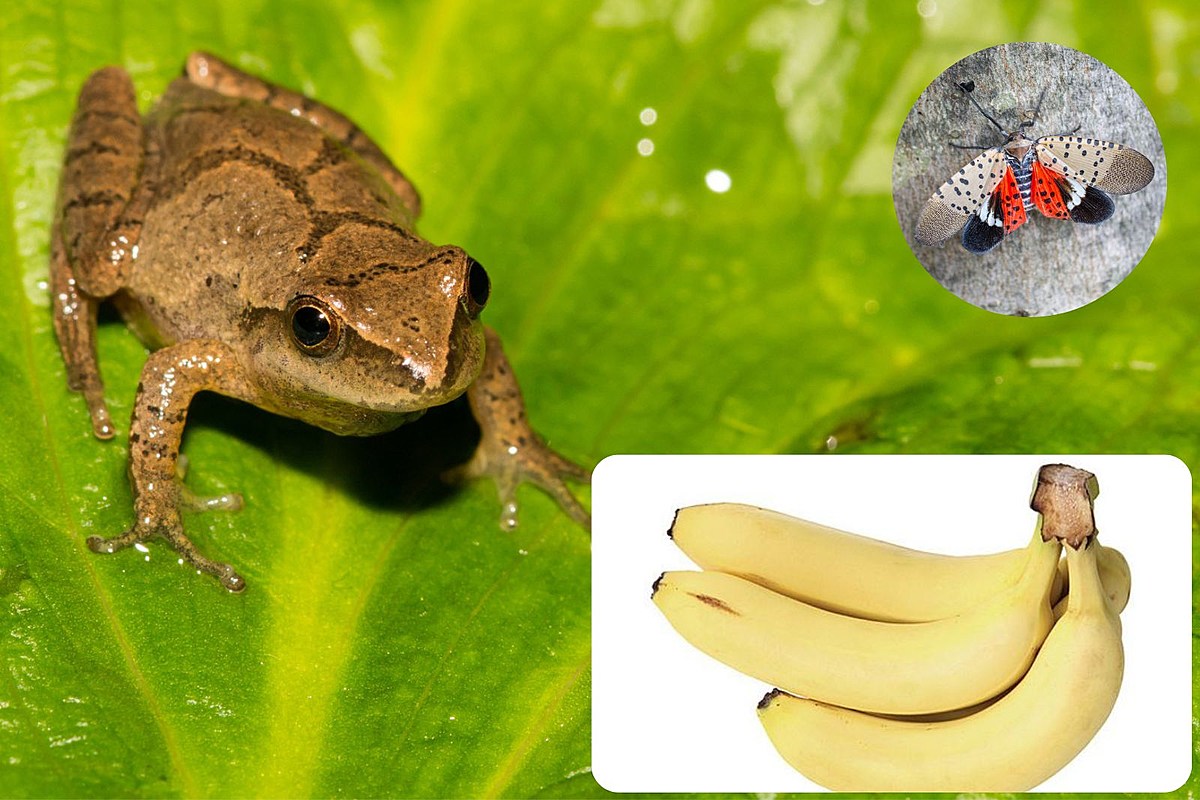 Sometimes you never know what surprises will pop up after a visit to your local supermarket. Occasionally, these trips can lead to an unexpected purchase that you may not be aware of until you get home.

One such unexpected trip abroad was recently reported after a British family bought bananas from their local grocery store. The bananas were in their own plastic wrapper, much like we would sometimes find packets of bananas here in the US.

But this bag of bananas contained something more than the yellow fruit itself. Also inside was a small tree frog that had traveled a long distance just to get to this British family home.

A long trip abroad in fact. This little frog came from the Dominican Republic, from where the bananas were imported. Somehow this little tree frog managed to get inside the package before it was sealed. Even more surprising than that was the fact that this little frog survived the trip.

Also, this little tree frog seemed to be doing well considering what she had just been through. The owners quickly called animal rescue and did not touch or let the frog go free.

A happy ending for this story, and a good laugh to share with family and friends. It’s amazing how far this little tree frog has traveled and how its fate could have ended differently.

Now, how does this relate to New Jersey? While that particular story isn’t, it’s the situation itself that could cause problems here in the Garden State. A first example? Look at the problems we currently have with the spotted lanternfly.

According to nj.com, the spotted lanternfly is believed to have arrived in the United States “from China on a shipment of rocks in 2012.” Think about it for a moment. A shipment of rocks is all it takes for an invasive species to hitch a ride overseas.

Another way cash can travel from country to country is in crates on planes, trains or ships. And it doesn’t always have to be the living species itself. Sometimes just the right amount of eggs arrive.

Wood is another way this could possibly happen. Like the case of the spotted lantern since it lays its egg masses on the trees. If a tree containing the eggs is felled and shipped to another part of the country, those eggs could potentially survive the journey and eventually hatch in a new environment.

And that’s the risk when it comes to our daily lives. Occasionally, some of these species are introduced to different parts of the world with disastrous results.

Now, could that have happened with that little frog? Perhaps, if he was pregnant and sent to another region of the world conducive to his survival. Or if a man and a woman got in their way, potentially causing bigger problems down the road.

In the case of our little frog who traveled to Britain, he probably wouldn’t have survived because the climate there is drastically different from his home in the Dominican Republic. Yet it highlights how some species can be accidentally introduced into an area where they don’t belong.

Click here if you want to know more about the little frog that crossed the Atlantic and survived. Fortunately, the family that found him did the right thing and avoided releasing him into the wild.

WATCH: Stunning photos of animals from around the world

From grazing Tibetan antelope to migrating monarch butterflies, these 50 photos of wildlife from around the world capture the stunning grace of the animal kingdom. The next gallery extends sequentially from air to land to water and focuses on birds, land mammals, aquatic life and insects when working in pairs or groups, or sometimes alone.

EXPLAINED: How to know if your sanity needs a break