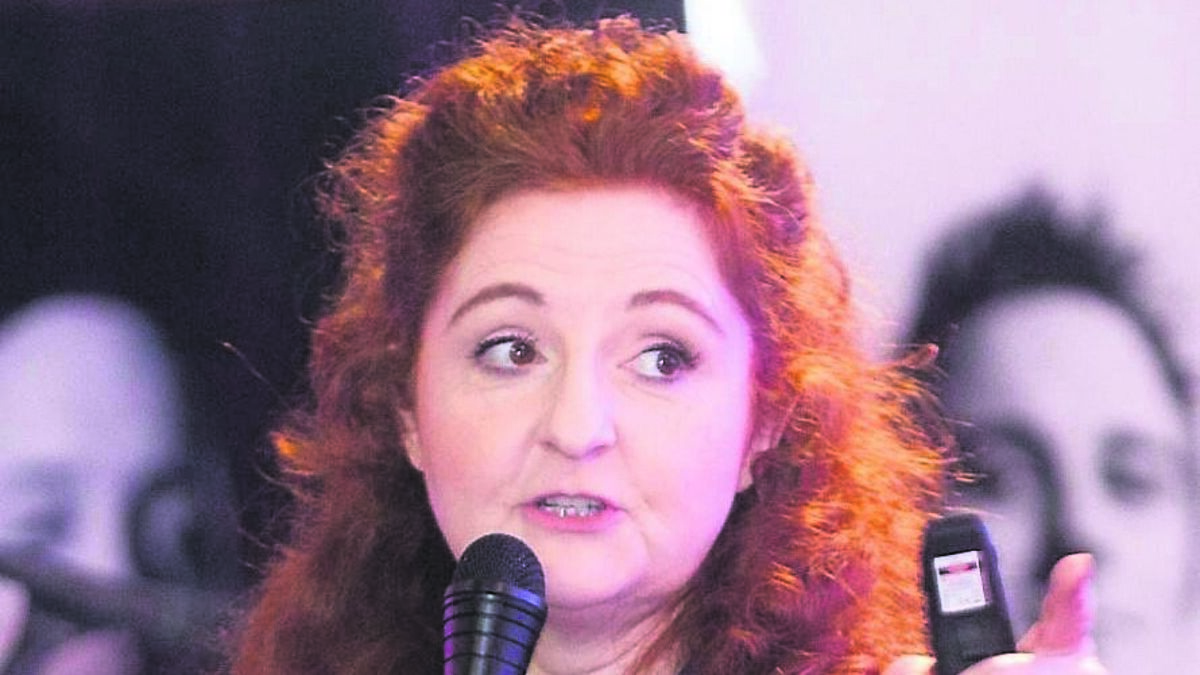 An original book combining science, the arts and space exploration, Louth’s wife Niamh Shaw’s memoir of her efforts to make a childhood dream come true is an uplifting read. Niamh, a familiar and accomplished performer, has combined her scientific knowledge and performance skills to inspire and communicate science to audiences in appearances ranging from The Tommy Tiernan to The Late Late Show.

With two engineering degrees and a doctorate, she first pursued an academic career before studying cinema in Los Angeles. From 2007 to 2008, Niamh was a familiar sight on Irish television when she played a nun in the RTÉ soap opera Fair City.

The first chapters of the book show that an undeniably privileged woman is offered a promising career in academia; knowing it wasn’t for her, she embarked on another successful career, this time as an actress, but acknowledging feelings of resounding emptiness, she realized that more than anything, she really wanted to fulfill a dream of child to go to space.

An honest book, we share Niamh’s real struggles with a glut of personal issues; pain, disappointment, dissatisfaction and broken relationships. The initial empathy of the “poor little rich girl” turns to awe as the book progresses, the reader experiencing her pure passion for seeing through the effort to leave planet Earth on a ship.

Space adventure is Niamh’s greatest aspiration. A fervent woman in arousing people’s curiosity, in this first book, “Dream Big- an Irishwoman’s Space Odyssey”, she writes about the combination (which to some people may seem like the unusual combination) of arts and space studies to make his dream of traveling to space as an artist come true. She is not there yet, but her story will surely inspire those who dare to dream big.

From classroom transgressions in Dundalk to a career in academia, Niamh tells us the journey of creating space-themed theater performances and multimedia installations.

Her rigorous space training adventures see her living in a simulated Martian habitat in Utah until a rocket launch in the steppes of Kazakhstan. We learn that she spent time with NASA, participating in the annual space studies program at International Space University in Ohio. Asking us to “Dream Big”, she shares these extraordinary experiences in her quest to see Earth from above as the International Space Station’s first artist-in-residence.

Can you imagine bouncing weightlessly inside a zero g plane in Russia? The pages reveal a world foreign to most of us; training of astronauts. She says she was inspired by people with a similar love for science.

A professional science communicator, the author creatively intersects excerpts from her theater performances – all space-related – (“Journal of a Martian Beekeeper” (2018) was based on his experiences on Mars Analog) and codes QR, allowing the reader to access clips relevant to written material online.

If you have a scientific mind and are still wondering what kind of people go to space and what kind of training they undertake, this book is definitely for you. The ubiquitous scientific element aside, the book will appeal to anyone who is annoyed by the disappointments thrown in their life’s path. Although dissatisfied, are you one of those people who are terrified of leaving this “good job” behind?

For those who wish to follow a new course of life, especially in their forties, this is an uplifting story; it’s about navigating our possibilities and having the confidence and struggle in ourselves to accomplish what we want.

Working group for the fight against road accidents: meeting today for the 3rd meeting in as many years

Understanding the Circle of Concern and Control