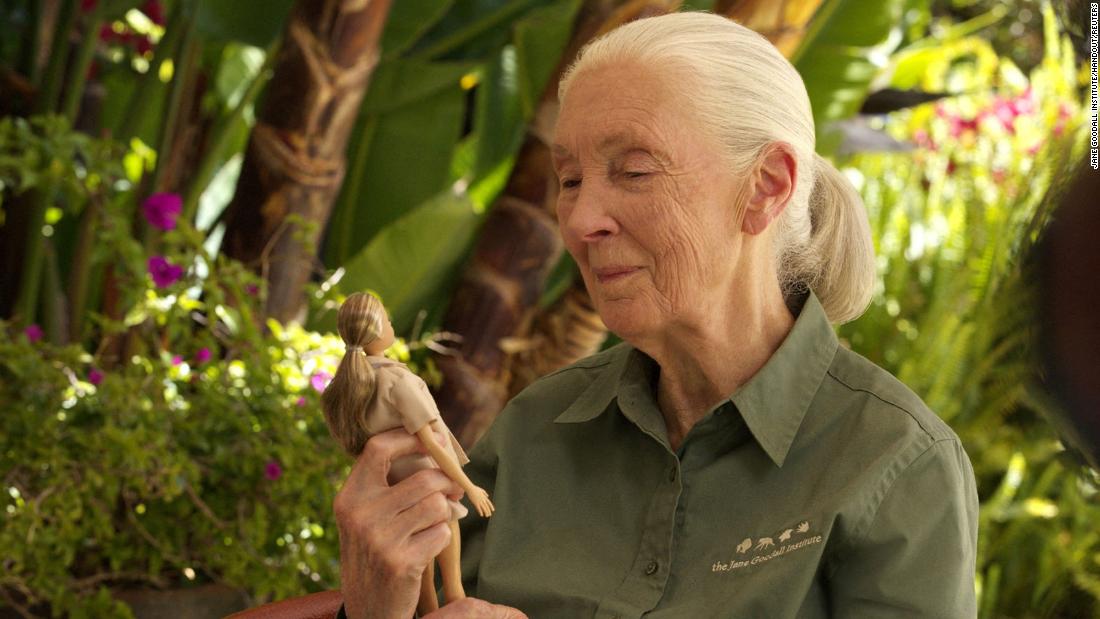 Jane Goodall gets a Barbie doll in her likeness

British primatologist Jane Goodall has a Barbie in her likeness, fulfilling a long-held wish to have her own doll to inspire young girls.

Mattel Inc has unveiled the new Barbie, which the toymaker says is made from recycled plastic, as part of its Inspiring Women series, nodding to Goodall’s groundbreaking chimpanzee studies and efforts conservation.

Dressed in a khaki shirt and shorts and holding a notebook, Goodall’s doll has a pair of binoculars around her neck and David Greybeard by her side, a replica of the first chimpanzee to trust the primatologist as she was conducting his research at Gombe National Park, in what is now Tanzania in East Africa.

“I wanted a doll to be me before this idea even came up. I’ve seen…little girls playing with Barbie dolls and certainly at first they were all very girly and I thought little girls needed…choice,” Goodall told Reuters.

“Mattel has changed their line of dolls and there are all kinds of astronauts and doctors and things like that. So many kids are getting to know me at school. They will be thrilled to have the Barbie doll.”

Goodall, 88, began his research in East Africa in 1960, observing that chimpanzees make tools, hunt and eat meat, and show compassion, among other traits.

“When I arrived in Gombe, it was beautiful, my dream had come true,” she said. “But for four months the chimpanzees ran away from me…so even though the forest was beautiful, I couldn’t enjoy it until this David Greybeard lost his fear and helped others lose their fear too. “

Mattel said it will also partner with the Jane Goodall Institute and its Roots & Shoots youth service movement to help teach children about their impact on the environment.

“I see us at the mouth of a very long, very dark tunnel with a bright little star at the end and it’s not good to sit at the mouth of the tunnel and say ‘Oh, I hope that this star will come to us.’ Hope is action,” Goodall said.

“We…work around all of these obstacles between us and the star, which are climate change, biodiversity loss, poverty, unsustainable lifestyles, pollution, etc. And as we move forward in the tunnel, we reach out to others because there are people working on each of these issues but very often they work in silos.”