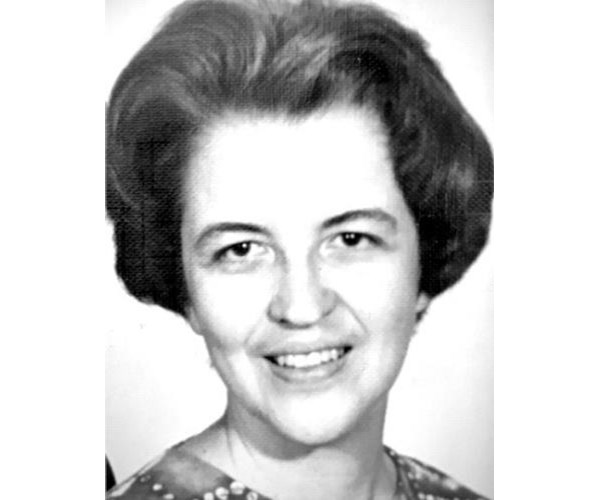 By Mercy Lund Last updated Dec 19, 2021
Share
New London – Julia Elizabeth Molina (née Turner), 89, most recently of New London, passed away peacefully in her sleep on November 19, 2021, at her daughter’s home in Kansas City. Born March 6, 1932 in Williamsport, Pennsylvania, Julia was predeceased by her parents, Dr. Dudley Turner Sr. and Lillian (Bailey) Turner; his seven siblings; and her husband Hernando Molina, to whom she was married for 62 years. Julia is survived by her five children: Dudley (Cheryl), Richard (Carol), Anthony, Dwight and Marcia (David Yang); 15 grandchildren; and 13 great-grandchildren, all of whom were his greatest joy.

After graduating from Swarthmore College (BA), Julia made two trips that she treasured the rest of her life. The first, accompanying a friend from college on a 3-month road trip in the USA; the second, a European tour in 1955 with the choir of the Presbyterian Church of Swarthmore. She fondly remembers the moment she broke away from the choir, arrived in front of them, and found herself having to entertain a German congregation herself. Americans were a curiosity then, so Julia answered their questions, after studying German and French, then got them to sing “Swing Low, Sweet Chariot” before the rest of the choir arrived. She returned to traveling later in her life with family trips to Spain, Colombia, China and Hawaii, where she enjoyed ziplining at 84.

One of Julia’s first jobs was her favorite – an editor for Eternity magazine, a Christian monthly that aligned with her piety. It is also there that she meets her husband, who has just emigrated from Colombia. After her years as a housewife, she worked as a teacher, loan officer at First Pennsylvania Bank (while earning an MBA from Rutgers University) and in real estate in New Jersey and South Carolina.

Besides his family, his great love was singing. She has participated in community theater, sang with the Singing City Choir in Philadelphia and the Presbyterian churches of Williamsport, Pennsylvania, Swarthmore, Pennsylvania, Willingboro, NJ, Boiling Springs, SC and Waterford. She was active in the church, serving as a deacon, elder in session, synod representative and organist in times of need. She was also politically active, especially later in life, and due to struggling to come of age in the late 1950s and early 1960s, she was a lifelong feminist. Julia, a polymath, had a bright mind, a beautiful voice, a love of God and was proud of the fact that people often told her that she was kind. A memorial service is planned at the Crossroads Presbyterian Church in Waterford in the spring of 2022.

Despite the tradition, more and more Orthodox Jewish women are ordained