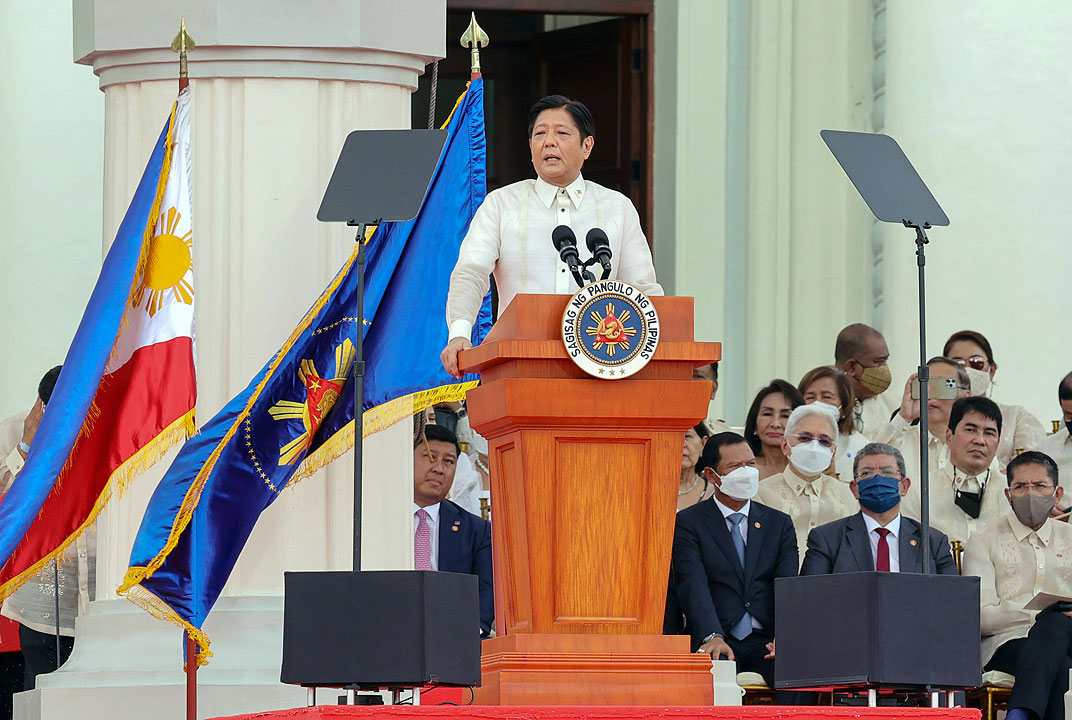 PResident Bongbong Marcos has inherited an economy that is barely making ends meet. In fact, it depends on debt to fill its budget gaps. That said, the Marcos Jr. administration cannot afford to make mistakes or adopt populist policies that erode national revenues. At this point, every penny counts.

Buoyed by a debt-to-GDP ratio of just 42.1%, government international reserves of $83 billion and a budget ofIfcit of just 2.4% when President Rodrigo Duterte inherited the reins of government in 2016, Mr. Duterte embarked on a borrowing and spending spree to finance infrastructure and his pet projects. The situation has been exacerbated by the pandemic during which the government has had to borrow more to fund the country’s emergency healthcare needs and to provide lifelines to the poor.

From a public debt of around 5.9 trillion pesos in 2016, debts doubled to reach 12.68 trillion pesos in April this year, representing 63.5% of GDP. In other words, the Philippines owes 63.5 pesos for every 100 pesos worth of goods and services produced. Our debt-to-GDP ratio exceeds the government limit of 59.1% and the international standard of 60%.

The Duterte administration will pass Marcos Jr. the highest ratio of maturing debt since Erap pulled out and GMA took over. Remember that at the time of Erap’s ousting, 17.9% of debt was due within the year and 22.5% was due in the medium term.

Over dinner with Finance Secretary Ben Diokno last week, our group of economists from Business world have been assured that the situation is still manageable. After all, 73% of our debt stock comes from local creditors while only 27% comes from foreign sources, the chief financial officer said. Our external debt-to-GDP ratio is the lowest among Iffive largest ASEAN economies.

I asked the secretary if he is likely to raise taxes or create new levies. He said no. He prefers to focus on the efficiency of tax collection. Tough call, I thought, since the president would have to lead by example and settle his own tax debts. Iffirst of all.

Our bloated debt situation leaves the Marcos administration no choice but to cut spending while maintaining investment in infrastructure and social services. This leaves it little room to borrow to support economic growth. And therein lies the enigma.

The economy must grow by at least 6% until 2028 so that we can ensure our ability to pay while reducing our debt-to-GDP ratio. How can Marcos grow the economy while cutting expenses? It will be a delicate balancing act.

IMF recommends adjusting personal income tax, especially wealth tax for billionaires. Records show that Filipino billionaires have seen their wealth increase by more than 35% during the pandemic while 3.7 million Filipinos have fallen into extreme poverty. Only 143,000 families control 70% of the country’s economic output.

Taxing the richest 1% of the population will not stifle our consumer-driven economy as it would if the poor were to be taxed. That’s why taxing billionaires makes sense. The problem is that most billionaires belong to political dynasties and/or havefluence. Will our politicians tax themselves and their benefactors? I doubt. The likely scenario is that the middle and lower classes will be forced to foot the bill.

The dinner with Secretary Diokno was also attended by the new Secretary of the Department of Budget and Management, Mina Pangandaman. I asked him if a presidential candidate’s allegation was true that some 700 billion pesos of our 5 trillion peso national budget is being stolen through bribery and corruption. Pangandaman said that was pretty accurate.

If the Marcos Jr. administration is able to reduce frivolous budget insertions and frivolous budget insertions, the budget can go further in priming the economy and servicing the debt. In other words, fiscal discipline will be essential. But will our legislators be willing to cooperate? They weren’t willing to sacrifice their pork barrel bottoms before – what makes us think they will now? It will be a test of political will on Marcos’ part.

Despite tight finances, Marcos’ economic team is conIfthat the economy can get out of its debts. According to government forecasts, the economy is expected to grow by 7-9% this year and 6-7% in 2023 and 2024. These projections are however subject to adjustments given external factors such as the war in Ukraine, the Chinese containment. , and tensions in the Taiwan Strait. It also depends on the success of reforms aimed at improving agricultural and manufacturing production.

The budget deficit adds to the pressure on the incoming administration. Last year, the country recorded the largest budget deficit in recent history at 8.6% of GDP. This is due to the decline in income caused by the pandemic and increased spending on infrastructure and health care. The goal, Diokno says, is to bring that down to 3% by 2028. All the more reason to crack down on hog barrel funds and channel our resources where we get the most bang for our buck.

It will be a tight balancing act for the Marcos Jr. administration. It must increase tax revenue without putting additional strain on a population beleaguered by high inflation. It must cut spending without stifling economic expansion. It must spend on infrastructure and social services without expanding the budget ofIfcit. He needs to raise funds without incurring more debt.

Andrew J. Masigan is an economist

Men have it too