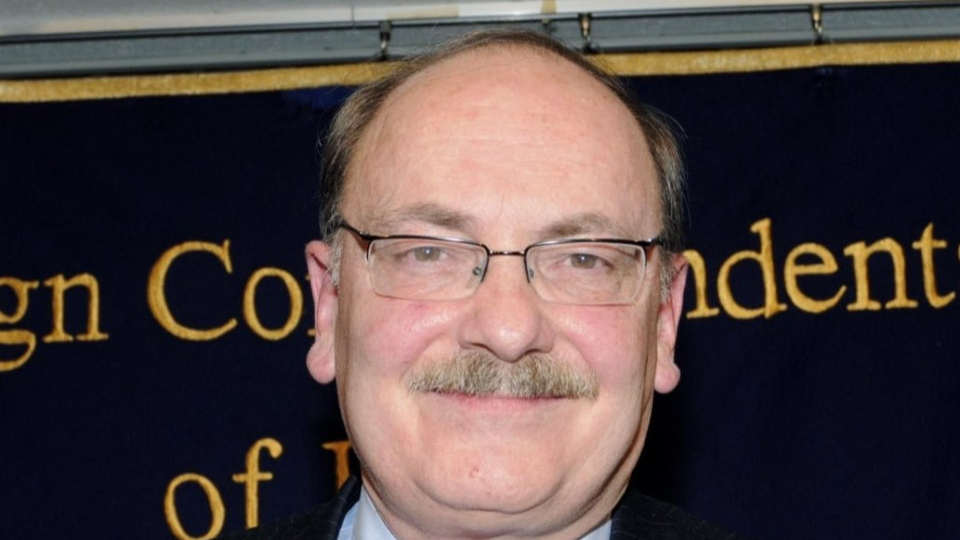 A century ago, imperial dreams were common among the great nations of the world – Britain, France, Germany, Japan and even the United States all had them.

Most evaporated during the trauma of World War II and its aftermath. Yet the multinational empire of the Soviet Union, subordinating peoples of more than a dozen distinct nationalities to ethnic Russian domination, survived until the Soviet collapse of 1991.

The crown jewel of this Soviet empire was Ukraine, a vast and bountiful breadbasket inhabited by over 40 million people, generating over 10% of the world’s feed grain exports.

This ice-free port city and naval base also served as the Soviet Union’s southern window to the Balkans, the Middle East, and the rest of the world.

For nearly two centuries, Odessa was literally a jewel in the crown of the Russian Empire, albeit diverse and cosmopolitan. The city was founded in 1794 by decree of Empress Catherine the Great, just two years after a major Tsarist military triumph over Turkey extended Imperial Russia’s borders south to the shores of the Black Sea. .

For four decades (1819-1859), Odessa served as a free port, attracting a vibrant and diverse mix of entrepreneurs to Russian shores. At the end of the 19th century, Odessa was the fourth largest city in the entire Russian Empire, with a population that was half Russian, 37% Jewish and only 9% Ukrainian.

Over time, Odessa forged close ties with Soviet power, in part thanks to its fierce resistance to the Nazis. The city withstood a fierce German and Romanian assault for more than two months in the summer of 1941, and remained restless throughout the war.

About 100,000 of its Jewish residents were murdered by the Nazis, including nearly 30,000 in the infamous Odessa massacre of October 1941.

At the end of the war, in tribute to its fierce resistance, Odessa was one of four places in the country to be named a Heroic City of the Soviet Union for the first time, along with Stalingrad, Leningrad and Sevastopol in Crimea.

Given its history, its past status as the jewel of the Soviet empire, and its current strategic importance, Odessa naturally figures prominently in Vladimir Putin’s imperial dream of reviving the former Soviet Union.

If he can reclaim Odessa, Putin can effectively cut Ukraine off from the sea, dealing a crippling blow to its export potential and long-term prospects for economic independence.

It would be a major step towards subordinating a defiant Ukraine to Moscow, although the outlook must be clouded by recent demographic shifts in Odessa, which is now more than two-thirds Ukrainian and only around 25% Russian.

Blocking Ukraine’s maritime access by occupying Odessa, in the context of continued international sanctions against Russia, would also have major implications for global commodity markets.

In 2020, Ukraine and Russia together exported 28% of wheat, 26% of barley and 16% of corn traded in international trade.

Odessa was one of the largest grain export locations in the world, especially for corn and barley. The interruption of its export capacities due to the war in Ukraine has already led to a catastrophic spiral in grain prices, particularly affecting the poorest of the poor, across the Middle East, Africa and Asia. of the South, all of which are highly dependent on Black Sea exports. .

Given its strategic importance, the fate of Odessa could also influence the future contours of the Ukrainian war itself, and the fate of international sanctions against Russia even after the war.

The contours of the conflict, in turn, will influence not only food prices, but also those of energy and other raw materials. The US ban on energy imports from Russia has already led to a spike in global oil prices, despite President Joe Biden’s recent release of 180 million barrels from the US Strategic Petroleum Reserve.

European nations have also announced plans to gradually reduce dependence on Russian gas and oil, which is likely to come into effect if the conflict continues.

The most salient commodity problem is above all that of Russian natural gas exports. Germany and France, in particular, are highly exposed, with 43% and 27% dependence on Russian gas respectively, with Japan ranking fifth at 9%.

Since demand for natural gas is cyclical, due to the change of seasons, demand begins to increase sharply in Europe during the months of May and June, in preparation for stocks for the following winter.

The progression of the war in April and early May, particularly in Black Sea coastal ports such as Odessa, could therefore indirectly have a significant impact on natural gas prices in Europe, and by extension worldwide.

This raises the question of the conclusion of the war in Ukraine and the fate of Putin’s imperial dream. As May 9 is Victory Day in Russia, to commemorate the Soviet victory in World War II, it will bode well for Putin to have achieved some kind of result that he could represent, however distorted either, as a victory.

There is no doubt that the current redeployment of Russian forces to eastern Ukraine, including Donbass, will shorten supply lines and allow for greater concentration of forces.

Yet, in the face of growing Western support for Ukraine and China’s apparent reluctance to provide large-scale aid to Russia, the prospects for dramatic Russian breakthroughs remain problematic in the weeks ahead.

How far will Putin pursue his imperial dream? And will it take him to Odessa, that crown jewel of Empress Catherine the Great before him? This struggle, for a place in Putin’s imagined imperial history, is unfolding before us now.

(Kent E. Calder is associate dean of academic affairs at the Johns Hopkins School of Advanced International Studies in Washington and director of the Edwin O. Reischauer Center for East Asian Studies at SAIS.)