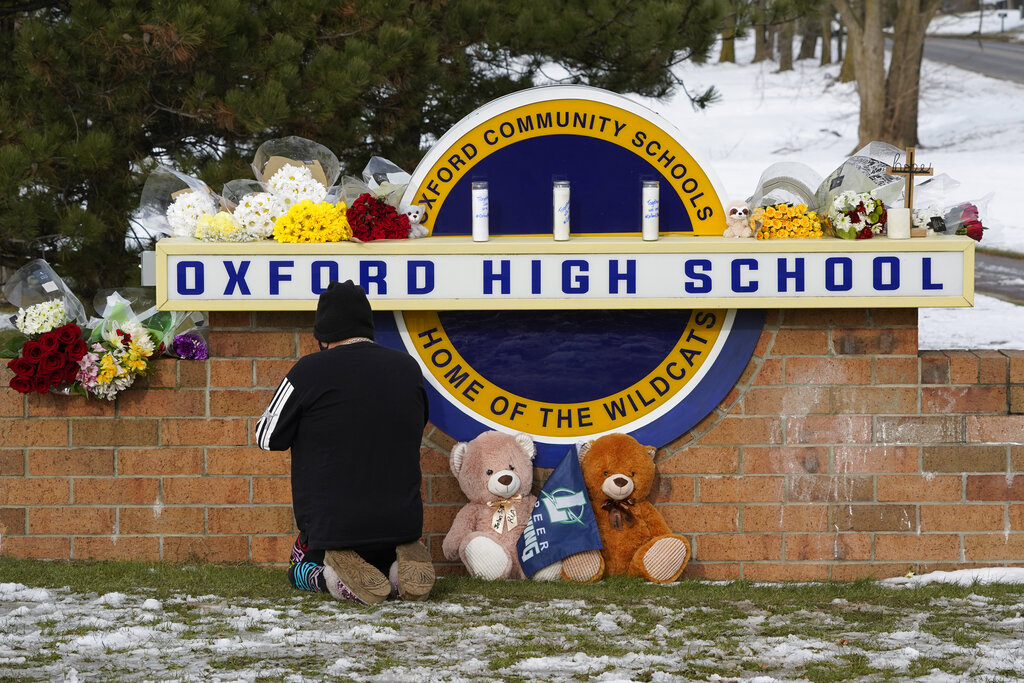 The Oxford School Board and the community are at odds over how to create memorials for students killed and injured in the shootings at Oxford High School last fall.

At two meetings in May, the board discussed and approved a location for a temporary memorial inside the school

The location, next to a ticket office near the performing arts center, has been criticized by parents and students.

“The fact that you chose the performing arts center proves that you are out of step with what we students think,” Cooper Bellinger told the board.

A makeshift memorial in front of the school was created outside the school in the days following the November 30 shooting that killed 17-year-old Madisyn Baldwin; Tate Myre, 16; Justin Shilling, 17, and Hana St. Juliana, 14, and injured six people.

This memorial was removed the day before the students returned to class on January 24.

Superintendent Dan Weaver admitted the administration made mistakes in the process of creating temporary and permanent memorials, but said he was unwilling to make the final decision.

“It has to be a community decision, not my decision,” Weaver said. “I will not bear the weight of this decision alone.”

The council unanimously approved a motion to create a group to work on plans for a permanent memorial.

According to board chairman Tom Donnelly, the group will include “all kinds of people from different areas of our community”, including Oxford students and administrators.

He did not specify a budget, how many people will be included, how long the group will exist or who they will report to.

None of the decisions taken by the council met with public approval.

“Hana, Justin, Tate and Madisyn’s smiles shouldn’t be tucked away in a dark corner that’s locked in half the time,” said an Oxford student.

“I will echo what my kids said: the place is insulting,” said Mike Aldred, who has two kids in high school. “This painting is absolutely disconnected.”

Two students told the board that Reina St. Juliana, Hana’s sister, had interviewed hundreds of students. Only three approved the location of the PAC for the memorial, they said.

“It gives the impression that they are trying to protect themselves and rejecting everything that is asked and requested by the students,” Aldred said of the council. “It’s all frustrating and it just adds salt to the wound and we’ve had enough.”