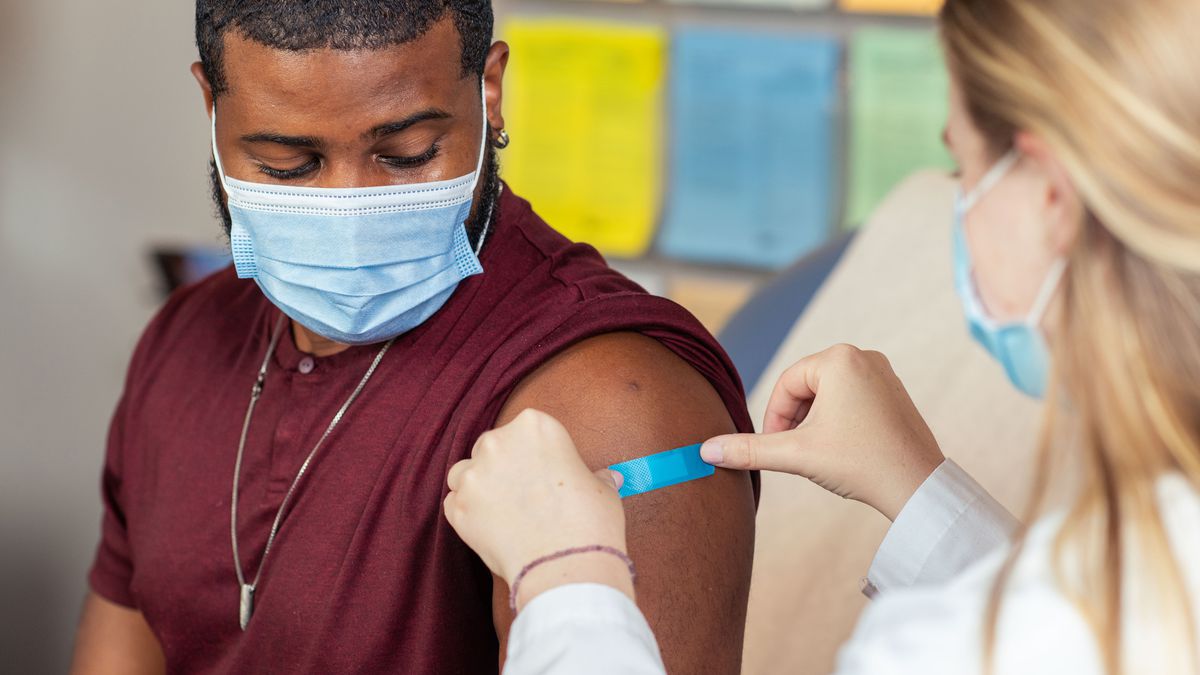 Two in particular – influenza and RSV – are worth mentioning.

Like COVID-19, influenza and RSV cause many infections and are mostly mild, but can lead to more severe illness and hospitalization in anyone with a weakened immune system, including: very young children, pregnant women, adults 65 years and older, and the immunocompromised.

Both viruses have all but disappeared during the COVID-19 pandemic, something state public health officials say they have never seen before. Influenza typically causes 12,000 to 52,000 deaths per year in the United States, and RSV is the leading cause of pneumonia in babies under one year old.

Experts fear the two viruses are set to make a big comeback this winter, but it’s not a foregone conclusion. Flu season in particular is difficult to predict. Here’s what to expect from RSV and the flu in Oregon.

Influenza, commonly known as the flu, is a large family of viruses that are transmitted through breathing, coughing and sneezing. Two types in particular, influenza A and influenza B, cause most infections in humans. Each infected person tends to pass it on to one or two others, making it much less transmissible than COVID-19.

How to know it’s the flu

What we know about this year

As people gather and return to more normal behavior after the COVID restriction, experts expect a more normal flu season and an increase in cases.

Flu activity in Oregon has been minimal so far, according to the Centers for Disease Control and Prevention, but some southern US states are reporting high infections. That’s normal – flu season usually starts later in Oregon than in other parts of the country.

Winter flu season in the southern hemisphere can be an indicator of what to expect in the northern hemisphere. Dr. Melissa Sutton, medical director of viral respiratory pathogens at the Oregon Health Authority, said this year it’s been particularly difficult to glean clues about what to expect.

Data from the southern hemisphere was “all over the map,” with some places reporting high levels of influenza and others reporting influenza levels below typical levels, she said. Sutton said some of the variation could be due to underreporting of influenza, with public health departments focusing more on COVID.

Flu shots are readily available and recommended for anyone 6 months and older. In Oregon, fewer people have received their annual flu shot than usual at this time of year.

Even if you’re not personally in a high-risk group, getting vaccinated is a good way to reduce overall flu transmission and help protect those at risk. The flu is known to cause pneumonia. The two conditions are responsible for about 500 deaths a year in Oregon, mostly among adults 65 and older, but often includes three or four pediatric deaths.

“The more people we can get vaccinated, the less we will see the disease spread in our communities.” Suton said.

There are several different influenza vaccines, including three higher-dose options that are recommended, particularly, for people 65 and older who are at higher risk of complications.

Respiratory syncytial virus, or RSV for short, is a unique virus that is spread through coughing, sneezing, and contact with contaminated surfaces. It is usually mild and is one of the most common causes of colds in children. In some cases however, it can cause lung infections like bronchiolitis or pneumonia, especially in children under 2 years old. Each infected person tends to pass it on to three others – so it’s more contagious than the flu, less contagious than COVID.

Most RSV infections clear up on their own within a week or two and can be managed with proper nutrition, hydration, sleep, and over-the-counter medications.

Young children, especially those younger than 6 months, are more likely to have complications. Premature infants, infants with congenital heart or lung disease, and infants with asthma are most at risk.

This is partly due to their smaller airways and inability to blow their nose, said Eliza Hayes Bakken, pediatrician and medical director of the pediatric clinic at OHSU Doernbecher Children’s Hospital.

“Babies can literally look like they’re drowning in snot,” she said. “Sucking them up so they can breathe through their nose and can feed a little better is one of our main interventions we do for infants.”

How to know your RSV

Runny nose, decreased appetite, coughing, sneezing, fever, wheezing and labored breathing are signs of RSV. Symptoms usually appear in stages, not all at once. In young infants with RSV, the only symptoms may be irritability, decreased activity and difficulty breathing, according to the CDC.

What we know about this year

Some states are reporting an increase in RSV-related clinic and hospital visits. The Oregon Health Authority declared the official start of RSV season last week based on the number of positive tests.

Because RSV has largely ceased to spread during the pandemic, Sutton said there are likely to be more children being exposed to it for the first time.

“So we’re basically concerned that a wider range of ages could experience this serious disease,” Sutton said.

There is also the phenomenon known as waning immunity, where lack of exposure to a virus can reduce antibodies and immune response. This could affect infants whose mother’s immunity may have waned, making them less likely to pass protective antibodies through breast milk.

However, Hayes Bakken said parents shouldn’t place too much importance on news reports about RSV outbreaks. It is normal for some RSV seasons to be bad and others to be mild. Additionally, Hayes Bakken said if your child delayed getting RSV during the pandemic and is now getting it for the first time, it’s probably to their advantage.

Hayes Bakken also suspects that part of the reason so many more parents are bringing toddlers with RSV to clinics is that people who have become new parents during the pandemic have less experience helping babies. children overcome fevers and respiratory viruses at home.

There is no vaccine for RSV, so people who want to avoid it should consider wearing a mask if they are in a crowded indoor environment. If you live with a child under 2, having adults and older children in the household mask in crowded indoor settings may reduce the risk of transmission.

And if you have a baby under 6 months old or a young child with underlying conditions, consider limiting the number of visitors to your home during RSV season. Hayes Bakken said she tells parents of young children to minimize the number of people who come to meet the new baby and to avoid large gatherings. On the other hand, if there’s a small circle of family and friends helping out with the new baby, it’s worth the risk.

Handwashing is also a more effective and important tool against RSV transmission than for COVID and people are advised to wear a mask if they have a runny nose to prevent others from getting sick.

I made $740,000 on Airbnb this year. Here are my top tips for newbie hosts to maximize success and avoid common mistakes.