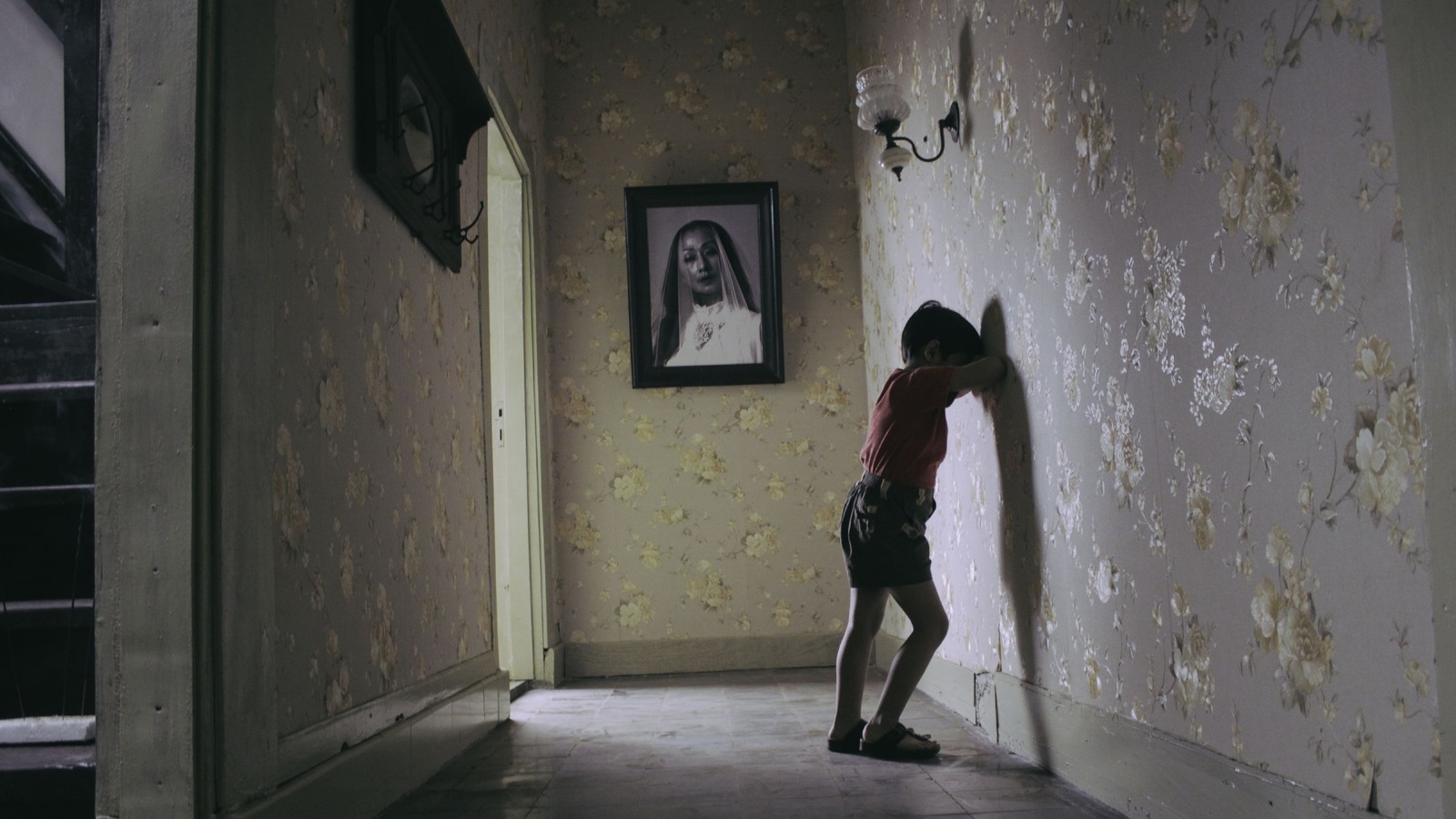 Satan’s Scariest Slaves Scene Will Have You Running For Safety

Ian gets out of bed and shakes Bondi to wake him up. He signs “Come with me”, but Bondi turns around. Ian shrugs, realizing he has to navigate the dimly lit house on his own. Looking out of their bedroom door, the first thing Ian sees is a portrait of Mawarni, looking down the hall. He assumes the international “I have to pee” position by cupping his crotch and running to the bathroom.

The little human arrives in the rather large room where a well echoes the sounds of drops in its stone funnel. Ian focuses as we hear a stream hitting the ground, the camera monitoring the surrounding darkness, then over Ian’s shoulder in the kitchen. A slight moan means something behind Ian; the camera switches to predator mode, slowly advancing towards the back of the ringing toddler. We can only scream at our screens as the evil entity creeps right behind Ian, and – oh, well, it’s only Bondi.

Better late than never when the living dead are involved.

Ian finishes before Bondi – that’s what you get for taking too long – and rushes a little more confidently to their room. Ian disappears from sight, Bondi follows the same route when he’s finished. As he reaches the hallway with Mawarni’s portrait, he oddly finds Ian standing just before the last stretch of the trail. “Scary,” Ian signs, not wanting to walk alone down the hall. â€œMom,â€ he points to the artwork while looking at the boys. Their solution? Bondi grabs a white sheet and Ian’s hand, then walks at a lazy pace.

The camera positions itself as a running back behind two main blockers as Ian and Bondi hesitantly face their fears, hoping to cover Mawarni’s face. The frame flips forward, so we can see Ian hold both hands over his eyes and look down as Bondi’s expression is understandably unsteady. He throws the blanket towards the painting in the hope of covering the portrait. Instead, it falls around an invisible figure like a no-budget Halloween costume.

The ghost on the blanket doesn’t move.

Bondi pushes his brother off and begins to cautiously turn his body to escape.

The figure rushes towards the fleeing Ian and Bondi, who let out appropriate screams. Rini rushes to find the boys huddled in the corner of the hallway, barking hysterically about ghosts, the now messy sheet draped over Mother’s portrait like a final taunt.

Free help for Arizona newborn families is just a click away

From computers to classrooms – Les Appalaches