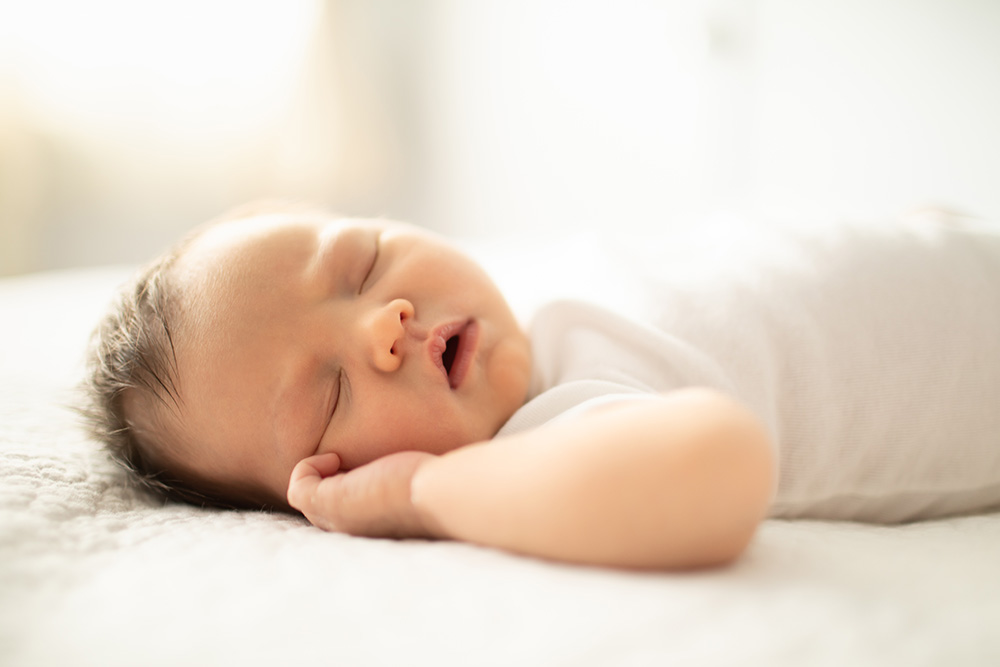 Research by Mark Shen, PhD, Heather Hazlett, PhD, and Joseph Piven, MD, of UNC-Chapel Hill is the first to demonstrate amygdala proliferation in the first year of life, before babies do exhibit most of the behavioral symptoms that later solidify into a diagnosis of autism. This proliferation may be unique to autism, as babies with fragile X syndrome show a different brain growth pattern.

CHAPEL HILL, NC — The amygdala is a small, deep structure in the brain important for interpreting the social and emotional meaning of sensory input — from recognizing emotions on faces to interpreting frightening images that alert us to potential dangers. in our environment. Historically, the amygdala has been thought to play a leading role in the social behavior difficulties that lie at the heart of autism.

Researchers have long known that the amygdala is abnormally large in school-aged children with autism, but it was not known precisely when this enlargement occurs. Now, for the first time, researchers from the Infant Brain Imaging Study (IBIS) network have used magnetic resonance imaging (MRI) to demonstrate that the amygdala grows too quickly during infancy. The proliferation begins between six and 12 months, before the age when the behaviors characteristic of autism fully emerge, allowing the earliest diagnosis of this condition. The increased amygdala growth in infants who were subsequently diagnosed with autism differed markedly from brain growth patterns in babies with another neurodevelopmental disorder, fragile X syndrome, where no difference in amygdala growth amygdala was observed.

Posted in the American Journal of Psychiatry, the official journal of the American Psychiatric Association, this research demonstrated that infants with fragile X syndrome already exhibit cognitive delays at six months of age, while infants later diagnosed with autism do not showed no cognitive deficits at six months of age. age, but show a gradual decline in their cognitive abilities between six and 24 months, the age at which they were diagnosed with autism spectrum disorder in this study. Babies who then develop autism show no difference in the size of their amygdala at six months. However, their amygdala begins to grow faster than other babies (including those with fragile X syndrome and those who don’t develop autism), between six and 12 months, and grows significantly larger by 12. month. This amygdala enlargement continues for 24 months, an age when the behaviors are often obvious enough to warrant a diagnosis of autism.

“We also found that the rate of amygdala proliferation in the first year is related to the child’s social deficits at two years of age,” said first author Mark Shen, PhD, assistant professor of Psychiatry and Neuroscience at UNC Chapel Hill and Professor at the Carolina Institute. for Developmental Disabilities (CIDD). “The faster the amygdala grew during infancy, the more social difficulties the child showed when diagnosed with autism a year later.”

This research – the first to document amygdala proliferation before the onset of autism symptoms – was conducted by the Infant Brain Imaging Study (IBIS) Network, a consortium of 10 universities in the United States and Canada funded by a National Institutes of Health Autism Center of Excellence. Network grant.

The researchers recruited a total of 408 infants, including 58 infants at increased risk of developing autism (due to having an older sibling with autism) who were later diagnosed with

autism, 212 infants at increased risk for autism but who did not develop autism, 109 typically developing controls, and 29 infants with fragile X syndrome. More than 1,000 MRIs were obtained during natural sleep at six, 12, and 24 months of age.

So what could be going on in the brains of these children to trigger this proliferation, and then the subsequent development of autism? Scientists are beginning to put the pieces of this puzzle together.

Previous studies by the IBIS team and others have found that although the social deficits that characterize autism are not present by six months of age, infants who develop

Autistic children have problems as babies with how they attend to visual stimuli in their environment. The authors hypothesize that these early problems processing visual and sensory information may place increased stress on the amygdala, leading to amygdala overgrowth.

Amygdala proliferation has been linked to chronic stress in studies of other psychiatric disorders (eg, depression and anxiety) and may provide a clue to understanding this observation in infants who will later develop the autism.

Lead author Joseph Piven, MD, professor of psychiatry and pediatrics at the University of North Carolina at Chapel Hill added, “Our research suggests that an optimal time to begin interventions and support children who are most likely to develop autism may be during the first year. of life. The goal of pre-symptomatic intervention might be to improve visual and sensory processing in babies even before social symptoms appear.

This research would not have been possible without all the families and children who participated in the IBIS study. Research sites included UNC-Chapel Hill, Washington University in St. Louis, Children’s Hospital of Philadelphia, McGill University, and the University of Washington. This research was supported by grants from the Eunice Kennedy Shriver National Institute of Child Health and Human Development, the National Institute of Environmental Health Sciences, and the National Institute of Mental Health (R01-HD055741 , R01-HD059854, R01-MH118362-01, R01- MH118362-02S1, T32-HD040127, U54-HD079124, K12-HD001441, R01-EB021391, U54-HD086984; NIH P50 HD103573 Foundation), and Autism Speaks Foundation.

Kim Kardashian wants to start her own law firm | Entertainment