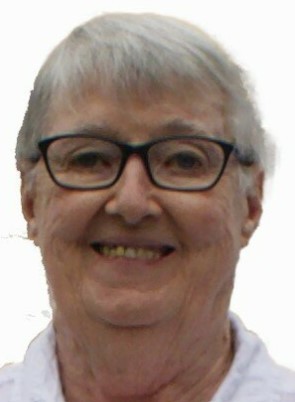 Ellen Liston was born to Richard I. Liston and Ida E. Morrison on August 15, 1937 in Brooklyn, NY. Perhaps because she was an only child, she became an avid reader and lover of mysteries. Growing up, she was also very fond of good times with her Aunt Catherine, who was the same age, and the other kids in the neighborhood.

As a child and then as a young adult, Ellen suffered from serious illnesses and was told she could never pursue religious life. But since sixth grade, she wanted to be a missionary sister. As a member of the Legion of Mary, she volunteered at a home for foundlings. After the refusals of other congregations, her dream came true when she was welcomed into the Sisters of Saint-Joseph of Cluny in 1960.

Sister Anne Marie had a bachelor’s degree from Chestnut Hill College and a master’s degree from Salve Regina. She also pursued studies in psychology. As a teacher, she was creative and brought her inimitable sense of humor to her lessons. She taught at Cluny School, Newport and St. Catherine Laboure, Torrance, CA, where she later became Principal. She then served as Cluny Vocations Director until she became a chaplain at St. Jean de Brebeuf High School in Hamilton, ON, Canada, before returning to teach at the Cluny school. Her next assignment was as pastoral associate at St. Joseph the Worker Church, Whitesville, WV. Over the years, she shared fond memories of all her assignments and kept in touch with many former students, their families, and parishioners.

After seven years in Whitesville, Sister Anne Marie returned to Newport, first to Cluny Convent on Brenton Road, then to Javouhey House on Carroll Avenue. Not only did she generously invest herself in all these ministries, but she was also a provincial councillor, then provincial archivist and responsible for the local community.

The missionary spirit of Sister Anne Marie has never wavered. Despite a near-death experience in 2009 and declining health, she remained engaged in various activities, volunteering at the Potter shelter and spending time with the Cluny sisters and local friends.

Born on the Feast of the Assumption, Sister Anne Marie had great devotion to Our Lady and frequently found herself with one of her many rosaries in her hand, praying fervently.

Sister Anne Marie was predeceased by her parents and her aunt, Catherine LaDisa. She is survived by her cousins ​​Cathy Albergo, Tom LaDisa and Rosemary, Gail and Page Morrison.

A vigil will be held at St. Augustine Church on Monday, February 7, 2022, from 4:00 p.m. to 7:00 p.m. with a prayer service at 6:30 p.m. On Tuesday, February 8, at 10:00 a.m., a Christian funeral mass will be held at Saint-Augustin Church. The parish priest, Father Marc Sauriol, will officiate. Interment will follow at St. Columba Cemetery, Brown’s Lane, Middletown. A reception will follow.

In lieu of flowers, memorial donations may be made to the Sisters of St. Joseph of Cluny, PO Box 66, Newport, RI 02840.

The LaDisa/Morrison family would like to express their gratitude to all who supported Sister Anne Marie and all of us, especially during her final illness.