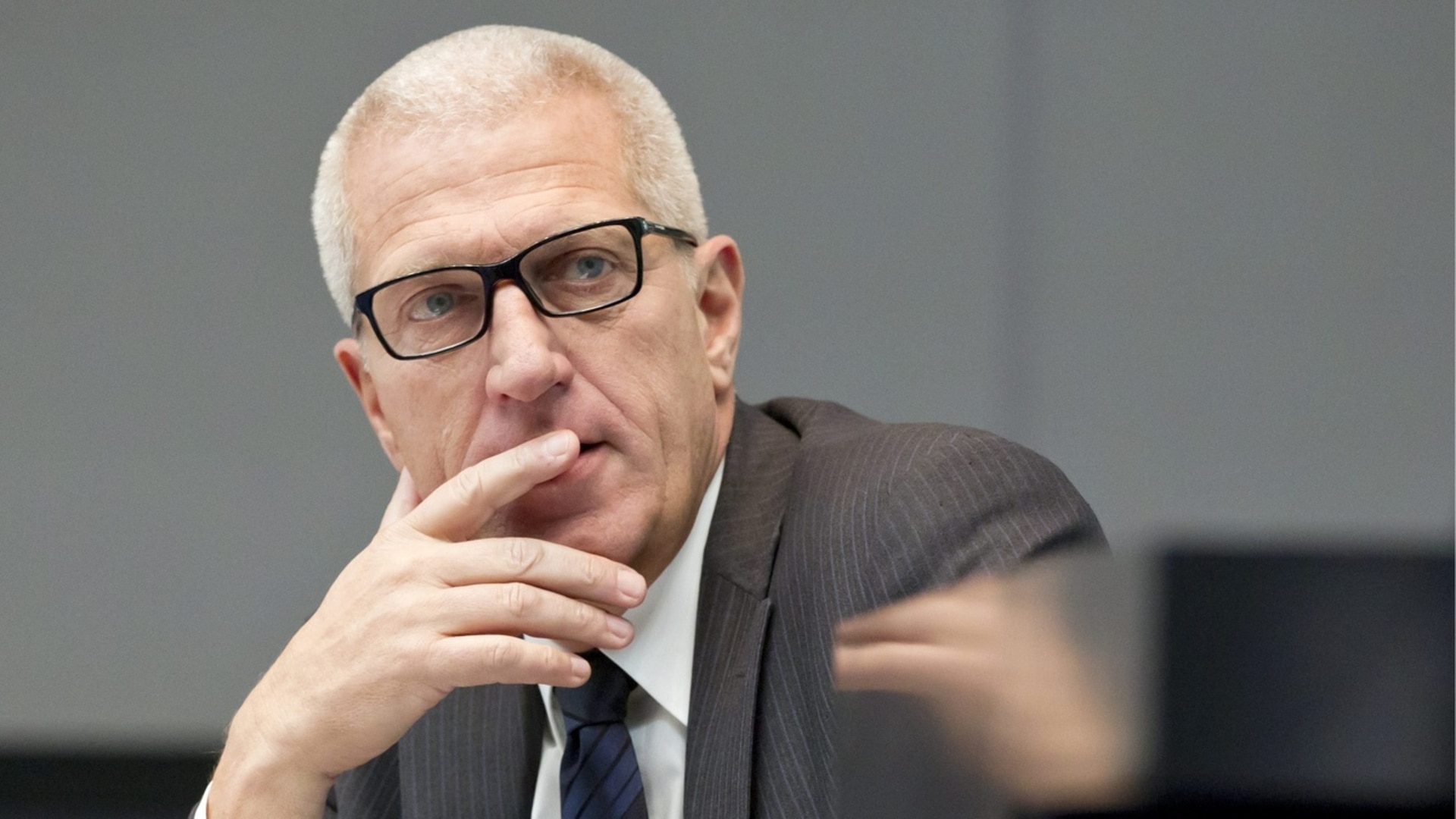 Strip clubs and fraud: the trial of an atypical Swiss banker

One of the biggest fraud trials in Swiss financial history is about to begin. Pierin Vincenz, former CEO of the Swiss bank Raiffeisen, will be in court with alleged accomplices, including Beat Stocker, ex-boss of the digital payment company Aduno.

More from this author | English department

Vincenz and Stocker are accused of illegally lining their pockets with millions of francs as they staged a series of corporate takeovers.

Although Raiffeisen is not on trial, the bank’s reputation has been dragged through the mud for allowing lavish foreign trips and outings to strip clubs on company expenses and for omitting to identify a series of suspicious agreements.

Raiffeisen boasts of being “the third largest banking group in Switzerland”, but it is hardly known outside of the Alpine state. This is because it is a cooperative of over 200 local banks providing loans and other services to their communities.

As a result, the trial of its former CEO is unlikely to have the same global resonance as the latest scandals engulfing Credit Suisse or UBS’s tax avoidance troubles. However, the Swiss Financial Market Supervisory Authority (FINMA) recognizes Raiffeisen’s importance to the economy and has officially rated the bank as “too big to fail” (or “systemically important”).External link”). This title comes with increased regulatory oversight and requires the establishment of additional reserve funds to cover losses.

As CEO between 1999 and 2015, Vincenz sought to raise the profile of Raiffeisen through the strength of his personality and a series of strategic operations. Flamboyant, eager to engage with the media and known for his bold strategic gambles, Vincenz was the antithesis of a low-key Swiss banker.

He oversaw the purchase of two major international private banks, Notenstein and La Roche (which have since been sold by Raiffeisen). Vincenz also wanted to upgrade Raiffeisen’s local branch chain by taking stakes in fintech companies. He chaired Raiffeisen’s subsidiary, Aduno, with Stocker as CEO.

But the roller coaster of growth and ambition hit the rails in early 2018 when Vincenz and Stocker were charged with fraud, embezzlement and corruption – charges they deny.

They are accused of having secretly accumulated stakes in companies that were about to be taken over by Raiffeisen or Aduno, whose value increased once the takeover was completed. The indictment also cites taking “unauthorized expenses” and alleged bribery of co-conspirators.

Prosecutors are demanding that the two main defendants be jailed for six years and repay the millions in illicit earnings if found guilty.

Seven other people were also charged with offenses related to the alleged crimes, including accepting bribes.

Vincenz’s ex-wife, who was once Raiffeisen’s chief legal officer, was found guilty in November of violating bank secrecy laws by passing confidential documents to her ex-husband.

Raiffeisen has already come out of the deal in a bad light. A 2018 FINMA investigation revealed a “serious breach of supervisory lawExternal link“, claiming that “Raiffeisen’s board of directors failed to adequately supervise its former CEO, thus allowing him, at least potentially, to generate personal financial gain at the expense of the bank”.

The chairman of the banking group’s board of directors, Johannes Rüegg-Stürm, was forced to resignExternal link, followed by Vincenz’s successor as CEO, Patrik Gisel, who was never involved in the scandal but was unable to sever ties with his former boss and found his position untenable.

The trial begins on January 25 and is expected to last several months, if not years, due to the complexity of the evidence. Given the scale of the case, the trial was moved from the normal courthouse to a large public building in Zurich which usually holds concerts.

Switzerland is not used to such high-profile corporate fraud cases. The last comparable event was the trial of Swissair executives in 2007External link, who were cleared for malpractice after the airline went bankrupt.

If Vincenz and Stocker are found guilty, their problems may not be over. They could be sued for civil damages amounting to several million francs.

Additionally, prosecutors in Switzerland and Liechtenstein are said to be set to open money laundering investigations against the duo and a Swiss lawyer who handled the payments on their behalf. A guilty verdict in the Zurich trial could lead to new charges if the transactions are found to be fraudulent.

For the low-key Swiss banking sector, the constant stream of grim headlines is a nightmare, adding to a growing list of scandals engulfing the industry.

In 2020, Credit Suisse CEO Tidjane Thiam was forced to resignExternal link after his appearance, the bank had hired detectives to spy on former employees. Credit Suisse was also implicated in a high-profile embezzlement case in MozambiqueExternal link and suffered huge losses last year in the collapse of Greensill and ArchegosExternal link investment schemes.

And just days ago, António Horta-Osório had to resign as chairman of the board after flouting Covid-19 restrictions in Switzerland and Britain and the questionable use of a company private jet.

Letter: Charlestown, we have a (budgetary) problem | Letters to the Editor

Rent prices, high demand, it is difficult to find an affordable apartment