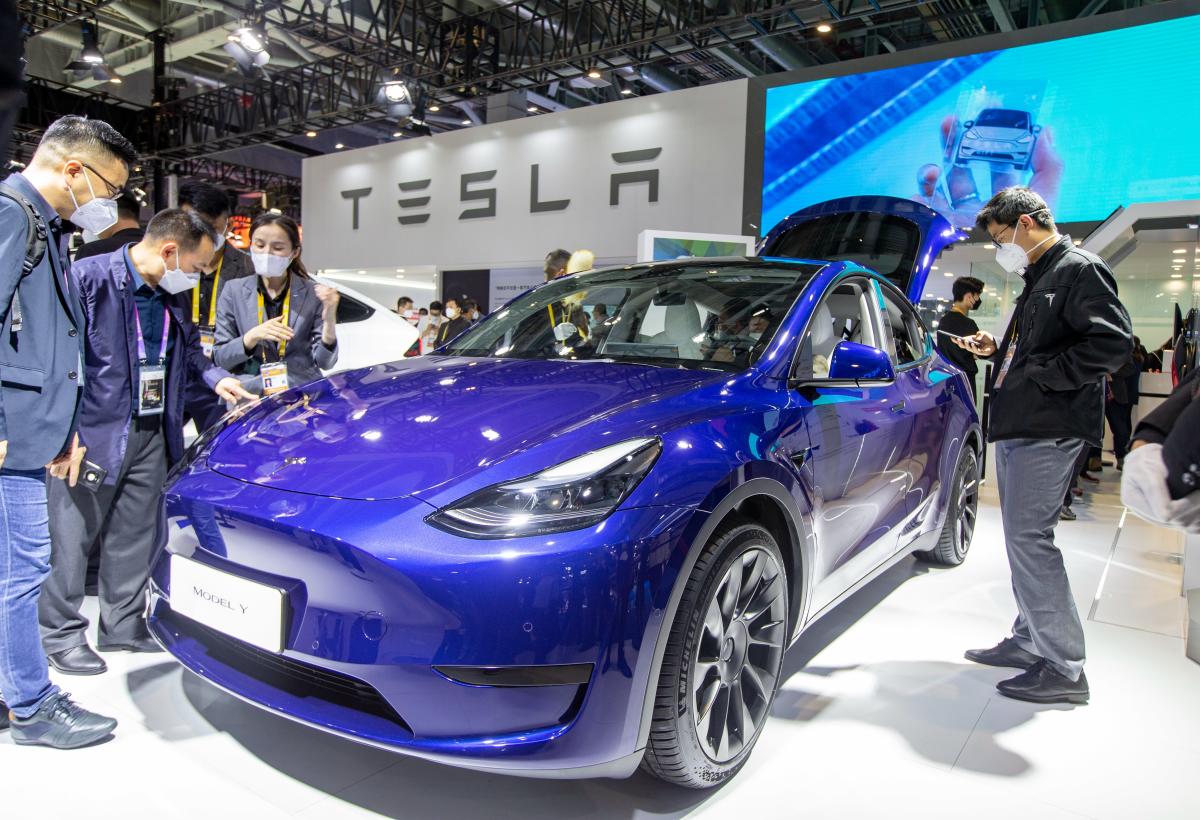 A Tesla bull throws in the towel

After another stock selloff this week by Tesla (TSLA) CEO Elon Musk (and a subsequent stock drop yesterday) and the latest headlines from Musk’s Twitter takeover, the Wedbush analyst Dan Ives has seen enough.

Ives, one of Tesla’s biggest bulls on Wall Street, removed Tesla from the company’s “best ideas” list and lowered its price target to $250 from $300.

“In what has been a dark comedy show with Twitter, Musk has essentially tarnished Tesla’s history/stock and is starting to potentially impact the Tesla brand with this ongoing Twitter train wreck disaster,” Ives wrote in a note today.

“From selling Tesla stock over and over again, to the public relations nightmare that Twitter has become, cutting 50% of employees and then having to bring them back, Musk’s attention shifts from Tesla to Twitter, and ultimately fear that this Twitter lightning rod of controversy on a daily (almost hourly) basis will begin to negatively change the Tesla brand globally,” he said.

While Ives says Tesla’s long-term growth story is intact, in the short term, Ives thinks Tesla investors are “the ones who have been hit over and over again by Musk’s antics on Twitter,” and that Musk needs to focus more on his “golden child,” Tesla, as competition from electric vehicles heats up in a softening global macroeconomic environment.

And speaking of competition from Tesla, shares of Chinese electric vehicle maker Nio (NIO) are climbing today after strong sales in the third quarter.

For the quarter, Nio reported:

That revenue represents a nearly 33% gain from a year ago, which appears to have allayed any concerns about the reported larger-than-expected loss.

Nio says the loss and lower margins were due to lower sales of regulatory credits, higher costs for items like batteries and investments in the charging and service network.

Nonetheless, the automaker delivered 31,607 cars in the third quarter, up nearly 30% from a year ago and an all-time high. Nio’s new EV sedan, the ET5, has generated strong interest, said CEO William Bin Li, and that it “will support a substantial acceleration in our overall revenue growth in the fourth quarter of 2022.”

Looking ahead, Nio’s fourth-quarter revenue increases from $2.44 billion to $2.70 billion, which would represent an increase of at least 75% to 94% from a year ago, and forecasts also fourth quarter shipments between 43,000 and 48,000 units, representing growth of 71.8% to 91.7% compared to the fourth quarter of last year.

Shares of Rivian (RIVN) rise here, along with the broader market, following a mixed earnings report.

For the quarter, Rivian reported:

However, the company said it will still hit its annual production forecast of 25,000, meaning it will need to produce around 10,600 vehicles in the fourth quarter to meet that target. Rivian also revealed that it has 114,000 pre-orders for its R1 vehicles.

Although the company ran out of cash during the quarter and still posted an adjusted EBITDA loss of $5.4 billion for the year, CEO RJ Scaringe was confident the company was in a good financial position.

“We have a strong balance sheet with $14 billion in liquidity that gives us the flexibility to navigate these uncertain economic times and seek capital-efficient methods to drive growth,” Scaringe said.

Looking ahead to future vehicles, Rivian has pushed back the launch of its R2 vehicles to 2026, with the opening of its new plant in Georgia taking place in 2025.

Read the latest financial and business news from Yahoo Finance

Download the Yahoo Finance app to Apple Where android

I made $740,000 on Airbnb this year. Here are my top tips for newbie hosts to maximize success and avoid common mistakes.