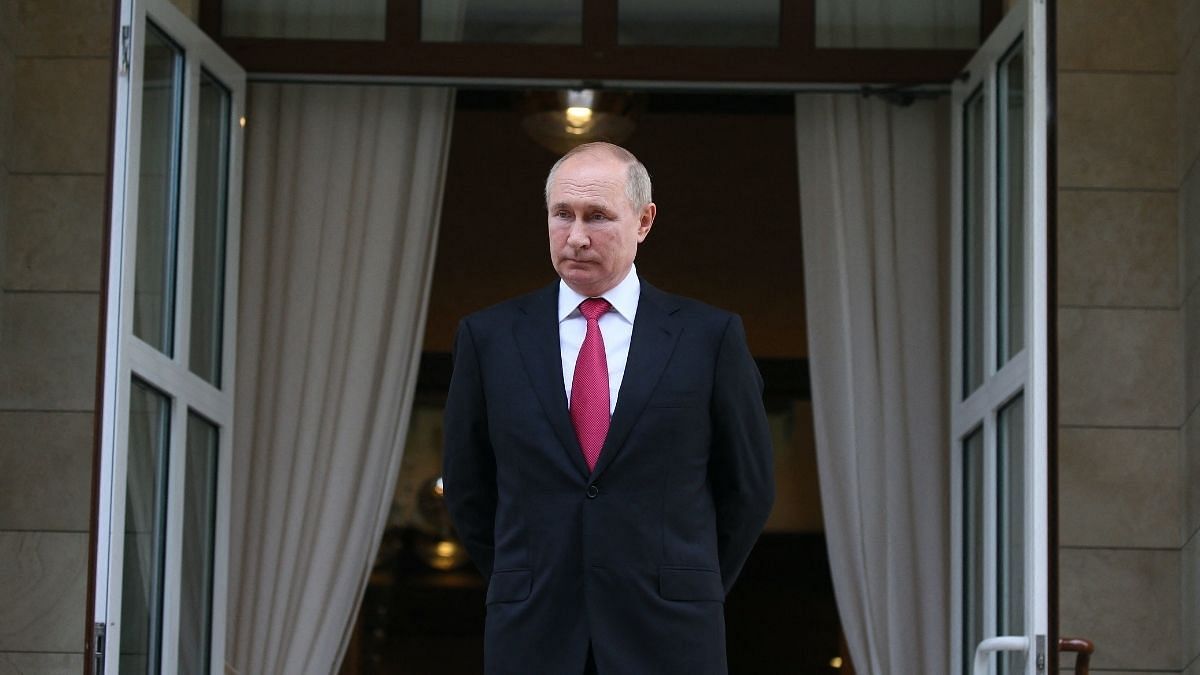 The invasion of Ukraine will not affect Putin’s popularity in Russia, but it is hardly sustainable

The day before the fake “referendum” that handed Crimea over to Vladimir Putin’s Russia in 2014, I marched against annexation with tens of thousands of other Muscovites – but a majority of Russians supported the movement, and Putin’s popularity, measured by independent sociologists, has soared to heights never seen before or since. Now that the dictator has launched an all-out attack on Ukraine, there will be no more large-scale protests and more popularity. Seven years later, Russia is a different country – a country that allows Putin to ignore it.

This, however, is hardly sustainable.

At the time of the Crimean adventure, Russia still had an active political opposition. Former Deputy Prime Minister Boris Nemtsov was still alive and loudly protesting the seizure of power. Most of my friends saw in this decision the end of Russia’s civilized European path, a major defeat for the project of freedom launched by the fall of the Soviet Union. In 2022, the opposition has been crushed, driven into exile or into hiding. Nemtsov was assassinated in 2015. When Alexei Navalny speaks out against the war on Ukraine, he does so from a penal colony where he has been locked up for a year and where he is tried on other trumped up charges. And when one of Navalny’s trusted lieutenants, Leonid Volkov, curses Putin on Telegram and expresses hope that the dictator has bitten off more than he can chew, he does so in relative safety in a country of the European Union.

Some artists, TV personalities, writers and social media influences – not all of whom still live in Russia – have expressed shock and disgust. Nobel Peace Prize laureate Dmitry Muratov, editor of Novaya Gazeta, still allowed to publish under a compromise with the Kremlin, promised to publish an edition in Russian and Ukrainian to protest the war. Journalists, academics and more than 100 local lawmakers have signed appeals against the war. But none of them will lead a big march through the streets of Moscow: Putin’s machine of repression is now working preemptively to neutralize the protest. Activist Marina Litvinovich, who called for street protests on Thursday, has been arrested. Russians who dare to take to the streets across the country likely face the same prospect: official warnings have already been issued.

But while there won’t be any pictures of big marches to prove that not all Russians accept Putin’s aggression, no poll will show an increase in Putin’s popularity either. The regime has largely done away with independent pollsters, but even those loyal to the Kremlin do not register similar levels of approval as in Crimea. The VTsIOM, for example, on Wednesday reported 73% support for Putin’s previous, much less sweeping move – recognition of the separatist “people’s republics” in eastern Ukraine. In 2014, the same pollster measured popular support for the annexation of Crimea at 93%.

A new poll commissioned by CNN shows that 50% of Russia supports military action to prevent Ukraine from joining NATO – but even that figure seems high. The mistrust of Russian respondents towards pollsters – and if they worked for the authorities? — is a constant source of distortions.

In March 2014, support for Putin reached 80%, according to one of the few remaining independent pollsters, the Levada Center – and continued to rise as Crimea was integrated into Russia. Last month, when propaganda was already spreading an anti-Ukrainian message, Putin’s rating stood at 69%, close to pre-Crimea levels. It is unlikely to increase when Western sanctions against Russia hit with full force – and Russians know they are coming. There are queues at banks to withdraw dollars and euros. The largest state-owned bank, Sberbank, briefly posted a notice on its website saying it could soon be hit with sanctions, making things difficult for more than 100 million customers, but then quickly withdrew it. , citing a software error.

Crimea’s moment was euphoric for many, as the peninsula was widely seen as both historically and ethnically Russian. Hardly anyone spoke Ukrainian there, even before 2014, and a lack of respect for Ukrainian authorities was palpable. The large Russian naval base, with a history of many wars, added to the perception, heavily promoted by the propaganda media, that Crimea was “coming home”. But Russian missiles are raining down on the outskirts of Kiev and Kharkiv, exploding arms depots near sleepy Ukrainian towns – this, for many of the same Russians who hailed the 2014 annexation, is a nightmare. Ukrainians are widely perceived as a brotherly people; according to official statistics, Ukraine tops the list of countries whose Russian citizens are most likely to get married. No matter what Putin might say about the “denazification” of Ukraine, too many ordinary Russians have family ties and friendships in the neighboring country; they know that their friends and relatives are not Nazis.

Russia’s biggest YouTube star, Yury Dud, spoke on behalf of many compatriots just before the invasion when he said:

I grew up in Russia, Russia is my homeland, and I’m proud to have a Russian tricolor tattoo on my forearm. But these days, my support goes to Ukraine, the birthplace of my family and the homeland of my friends.

Not that Putin cares, at least for now. It is quite possible that all the tightening of the screws that the regime has carried out over the past two years, the repression of the opposition, the considerably increased risks for street demonstrations, have come to prepare this moment. Putin is so isolated from the Russian street now that his regime is in no danger no matter what drastic and unpopular measures he takes. What is less certain is the longer term picture, with growing economic isolation, potential paralysis of financial markets, loss of hydrocarbon exporting customers. Russia’s financial cushion, including $643 billion in international reserves, can last a long time, but not forever if the West’s determination to maintain punitive sanctions continues. In a country as large as Russia, maintaining a climate of repression in the face of economic decline will not be an easy task, even for a dictator as experienced and ruthless as Putin. – Bloomberg

Thinking of buying a house this year? Avoid these common mistakes