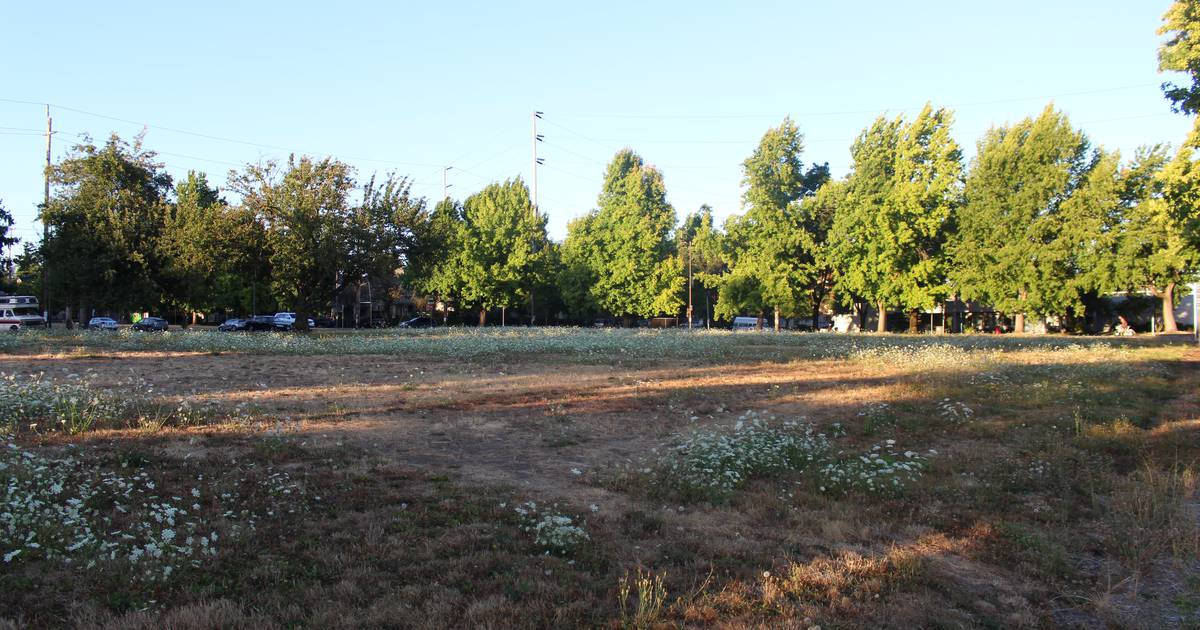 The PCEF’s written description of the project, called Williams & Russell Communal Office, gives the impression that the money is going directly to installing solar panels, heat pumps, high-efficiency lighting and insulation above the code.

It looks like construction money. Project activities include the installation of variable refrigerant flow heat pumps, insulation and above-code windows, as well as high-efficiency lighting and water fixtures. The project would also use solid wood for the main structure, rather than steel or concrete, reducing the “embodied energy” of the building, PCEF said in its description of the grant.

But the 55-page language of the request from Williams & Russell CDC, a nonprofit founded in April 2021, tells a slightly different story. There, the PCEF funds are more like seed funds to launch the $24.3 million project, not late-stage construction funds to complete it.

The question is whether this is mission creep. Voters called on the PCEF to use taxpayer dollars to reduce emissions and maximize the economic benefits of green energy in low-income communities of color, where climate change is taking the most toll. Along with Williams & Russell, PCEF could instead use the money to support a speculative commercial real estate development in a city that is already full of office vacancies.

“The hope is that the PCEF Implementation Grant will serve as a foundation and catalyst for our fundraising efforts and signal to other organizations that the communal office is worth their investment,” Williams & Russell states in its application.

And, as a venture capital firm, PCEF takes a lot of risk. “While the project mission is compelling and the right team is in place to carry it out, the team may not be able to secure the necessary funding to fully fund the project.”

Also, in an interview with WWProject developer Anyeley Hallová said details of how the PCEF money would be spent have yet to be determined.

“The way we thought about it is that a lot of the money up front is more for planning, and then some of the money is for development,” Hallová said. “I don’t want to go into detail partly because we haven’t spoken to them yet about how this is being administered.”

The PCEF allocates its scholarships by category. There are grants for clean energy, workforce development, regenerative agriculture, innovation, and planning.

Williams & Russell got their grant as part of clean energy, not planning, despite what Hallová suggests.

At $4.7 million, Williams & Russell is the fifth largest recipient of the second round of PCEF grants, which totaled $122 million, and the largest for new construction.

The Portland Office of Planning and Sustainability oversees the PCEF. The office says Williams & Russell meets its specifications for clean energy projects.

“This is not a planning grant,” BPS said in written responses to questions. “Eighty-four percent of the PCEF grant budget goes to construction. This includes both fixed and soft costs, as do all construction budgets, including design, architecture/engineering, permits, project management, materials, equipment and labor labor for additional costs above code.

The desire to leverage PCEF cash to develop prime real estate that has been vacant for over 40 years is understandable. Additionally, the office project would finally reclaim a property where black-owned homes and businesses have been razed in the name of “urban renewal.”

Mayor Ted Wheeler says the PCEF is not mandated to play it safe. On the contrary.

“The fund was not designed to eliminate risk,” Wheeler said at the July 20 meeting where the Portland City Council approved the $122 million in PCEF grants. “With a fund of this type, there is an inherent risk. There will be mistakes. There will be money going to organizations or programs that won’t work. My presumption is that voters understood this when they supported this fund.

Portland residents voted to create the PCEF in November 2018. The fund generates money from a tax on big business and now has nearly $300 million at its disposal.

In a way, the PCEF was a victim of its own success, at least in terms of funding. Originally, PCEF was to get about $50 million a year from a surtax imposed on retailers with annual sales of $1 billion or more in the United States and $500,000 or more in Portland.

But a strange thing happened on the way to the tax office. The pandemic hit, and instead of buying plane tickets to Hawaii, the Portlanders hit IKEA and Home Depot, boosting sales at big-box retailers that the PCEF taxes. PCEF’s revenue reached $63 million in the fiscal year ended June 30, 2020 and climbed to $116 million in the following fiscal year. As of July 1, the PCEF had $298 million at its disposal, making it one of the largest discretionary funds in the state.

Many Portlanders became skeptical of the PCEF. In March, City Auditor Mary Hull Caballero released a report saying the fund’s accountability systems were incomplete and it had not adopted measures to track its performance. The audit took place only a few weeks after The Oregonian reported that one of the largest recipients of PCEF funds to date was founded by a woman who had served time in prison for defrauding energy companies.

City Commissioner Mingus Mapps voted to approve the PCEF grants at the July 20 meeting, but he had reservations.

“I’m a little uncomfortable spending $100 million when we have a new audit report,” Mapps said during the meeting. “Before returning here in a year, I hope we will have the opportunity to discuss some of the auditor’s questions, concerns and proposed reforms. To have an idea of ​​what we are trying to achieve and buy with these dollars would be very useful to me.

Williams & Russell plans to build on land dear to the black community. Known as the Hill Block for a building that once stood there, the land sits in the center of the Albina District, where between 1960 and 1980 the city and Oregon Department of Transportation acquired 1 000 homes through eminent domain and, in the name of urban renewal, bulldozed them all.

In 1980, the Portland Development Commission, now known as Prosper Portland, deeded part of this land to Emanuel Hospital so that it could expand. This plot has stood empty ever since, an open wound for the Black Portlanders who were evicted.

Legacy Health, which now owns the hospital, plans to divest the land, which the county assessor values ​​at $2.3 million, to Williams & Russell. Lawyers are working on the transfer, Legacy spokeswoman Vicki Guinn said, but no date has been set.

Beyond its short history, Williams & Russell has other attributes of a company-backed startup. Bryson Davis, the president, and Hallová, the promoter, are highly educated. Davis holds a bachelor’s degree from Reed College and a law degree from the University of Washington. He has spent most of his career in corporate law, most recently at Sussman Shank LLP. He left there in December to join PNW Business Law in Vancouver, Wash.

Hallová, meanwhile, earned a bachelor’s degree from Cornell University and two master’s degrees, one in landscape architecture from Harvard University and the other in urban planning from the Massachusetts Institute of Technology.

She worked on marquee projects in Portland, including the headquarters and framework for the Meyer Memorial Trust, which was to be the first wood-framed skyscraper in the United States.

Framework has won numerous awards, including the US Department of Agriculture’s US Tall Wood Building Prize, which was endowed with $1.5 million for research into tall wood buildings. (Construction of the frame is pending, according to its website.)

So far, Williams & Russell has only a concept design for the four-story office tower, five-story apartment building and 23 townhouses, all at affordable rents and prices.

“Our vision for the site is to create a place of opportunity for the black community,” Williams & Russell said in its proposal. “This opportunity can take many forms – through business venture, career development, art and expression, or being able to call this place home.”

Williams & Russell says the design phase will last beyond the middle of 2023. It hopes to obtain planning permission in April 2024 and complete construction by June 2025.

All of this, according to Williams & Russell, hinges on securing more funding, which it hopes the PCEF’s vote of confidence will help it do.