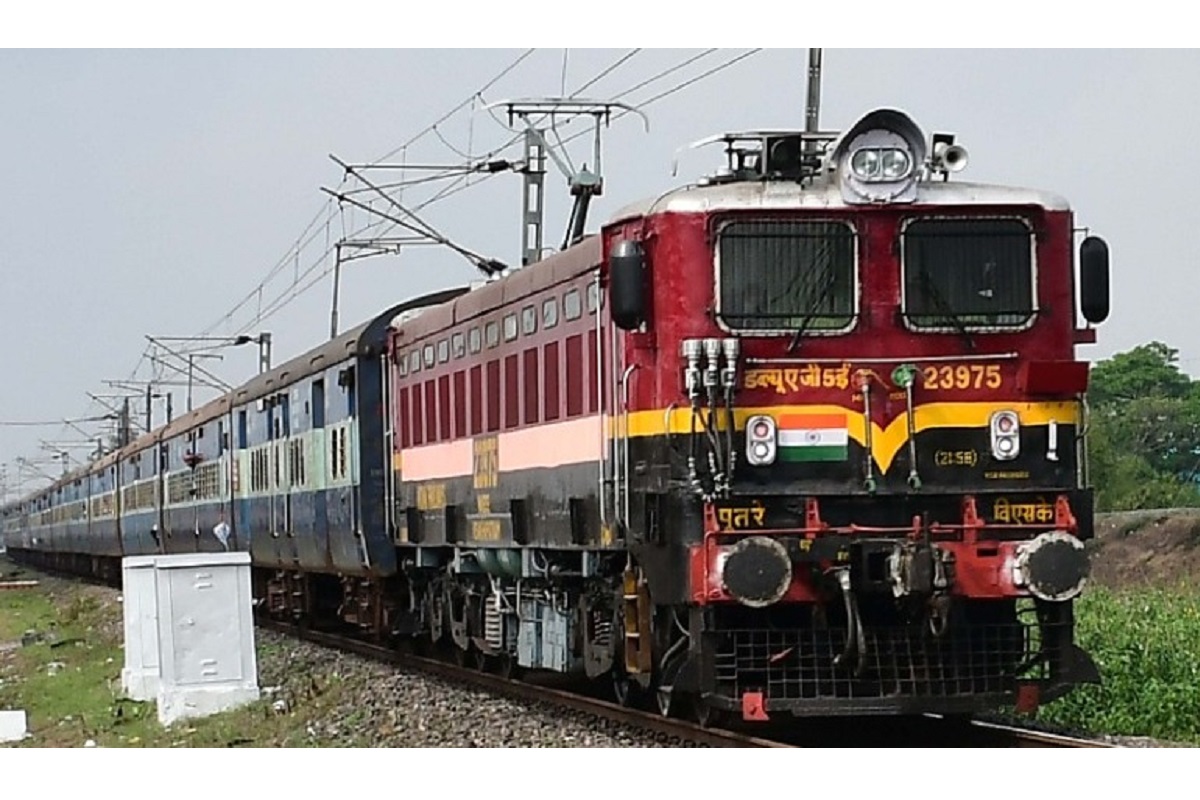 Potentially on the cusp of a reborn future in the image of Indian Railways today, many keen observers find it hard to ignore the Janus-faced giant depicting two contrasting scenarios: one of his harrowing descents without a rudder, its fragile financial health, its constantly decreasing modal share in the country. freight and passenger market, its suspicious and uncertain management hierarchy; and the other of major initiatives and achievements capping off the current year, making the IR glass appear more than half full. Much has happened over the past few decades that has left many suspicious and concerned IR analysts and pundits facing Micawberish nightmares. Even before the onslaught of Covid-19, say, in the six years from 2014-15 to 2019-20, IR’s freight lifting recorded a dismal CAGR of 1.65%, while passenger business fared even worse, with (-) 1.28% CAGR in number of train passengers.

Particularly worrying is that railway operating expenses are galloping at more than twice the rate of their revenues: the former are growing at 2.92% CAGR over these six years, and the latter at just 1.37% CAGR. And there is a joyous turn. Strong and confident, IR has voluntarily opted for an ambitious target of 1,700 million tonnes of cargo loading in fiscal year 2023, i.e. around 20% more than goods loaded in 2021-22 (1,418 mt) and up 15%. above the budget forecast (1,485 mt) announced in February. It is eyeing new heights in scale as it adds 90,000 railcars over the next three years even as it prepares to roll out high-speed (160 km/h) freight EMUs, a variant of Vande Bharat for transforming its freight/parcel business. Targeting a 45% modal share in the national freight market in 2031, compared to 26 to 27% currently, the IR has just launched calls for tenders to private sector players to manufacture, maintain and lease to the IR 1 200 9,000 hp electric locomotives at its Dahod workshop in Gujarat and another 800 12,000 hp electric locomotives at Varanasi (formerly Diesel Locomotive Works).

The two highly delayed Dedicated Freight Corridors (DFC East and West), scheduled to come into operation by 2022-23, will redefine the rail freight system in India, generating unprecedented productivity and efficiency gains in terms of use of assets, reduction in transit time of goods as well as unit operating cost. Shortly after Prime Minister Modi’s announcement of 75 Vande Bharat trains commemorating 75 years of the country’s independence, the government pledged to mass-produce Vande Bharat train sets transforming the intercity passenger trade railways. The Union budget 2022-2023 provided for 400 new generation Vande Bharat trains. Private contractors have been invited to build 200 of these Vande Bharat trains at an estimated cost of Rs 26,000 crore at ICF in Chennai and Latur plant.

Another batch of 200 Vande Bharat trains, in aluminum with even newer refinements, should be purchased in the same way. An air-conditioned coach has already been developed, providing comfortable sleeping accommodation for intercity passengers at a lower cost than the increasingly popular AC-3 coach with a capacity of up to 83 berths (compared to 72 in the current AC-3 coach ). Similarly, a general class AC coach was designed, with up to 100 passenger seats. Meanwhile, IR has inaugurated the new generation of Tejas coaches suitable for speeds of up to 200 km/h, driven by intelligent sensor-based systems, with high quality interiors. A rake of the new Tejas category, Bareilly’s unit-built ‘smart’ sleeper coaches rushed on its maiden voyage on the Mumbai-New Delhi Rajdhani Express. You would have heard of Kavach, the locally developed train collision avoidance system, a matter of pride and jubilation.

IR has to its credit a cost-effective, state-of-the-art security device designed and developed by its own engineers in the Signal and Telecom wing, which is comparable to the best in the world, has just been tested and tried, and is to be deployed on all high-density and heavily used IR corridors. And then what remained for years a bridge too far, the world’s tallest railway bridge, 35m higher than the Eiffel Tower in Paris, with the Chenab flowing 359m below, saw its final piece 5.3 m metal installed at the top of the arch. The completion of the half-kilometer arch of the 1,315m long Chenab Bridge marked a major milestone, paving the way for the commissioning of the Kashmir Rail Link, making the dream of Kanyakumari-Kashmir Rail Journey a Reality. Propitious therefore looks at the year 2022-23. After its agnipariksha during the onslaught of Covid-19, IR has the opportunity to adapt its gigantic, moribund apparatus to operate in a new paradigm amid the emerging tsunami of fierce competition from other modes, volatile demand from rapidly changing customers and technologies.

The few unique milestones covered in the current year and more that are expected to come soon may well mark an inflection point for the IR to reaffirm its ethos. Some small steps that IR should take as a quick fix are well known. First, it is imperative that it define its identity essentially as a public corporation with the inalienable responsibility to transport the nation’s freight and passengers adequately, efficiently and economically, without the constraints of bureaucratic dress and the ambivalence of public service obligations. Second, its passenger services are in dire need of rationalization, expansion, acceleration and modernization, for which they deserve better management attention by separating cargo from passenger services, and run as two separate trade flows. Third, it is imperative for IR to reduce costs; rationalize its structure, review/amalgamate/realign its system-wide facilities ~ offices, workshops, hangars, depots and yards, even departments, minimizing headcount.

Paradoxically, IR continues to increase its plethoric workforce. Fourth, it is urgent and essential that IR transforms its investment regime and improves project management. An endemic problem persists ~ that of time overruns and cost overruns. Scarce resources were strewn across scattered projects, offering little tangible relief on congested roads or terminals. Fifth, like the Indian Army, the IR must devise a system to assign senior “command” positions (DRM, GM and members) only to those who are “combat inoculated”, i.e. duly trained and experienced for frontline responsibilities, involving the production, operation and marketing of a rail logistics business. Inexplicably, officers confined to “back-office” duties for most of their careers have been catapulted into leadership positions. It is above all a question of reorienting and rationalizing its passenger and freight activities, the raison d’être of IR. IR can focus only on the main segment of intercity travel, quickly building a network of semi-high-speed (160-200 km/h) intercity passenger services to grow exponentially, allowing customers to obtain accommodation confirmed on request; discourage/discourage short-distance rail journeys (less than 70-100 km or so) on “regional”/regular trains. IR’s primary obligation is to reorganize the rail freight sector, its daily bread.

Beyond the optimization of the whole transport of bulk goods, it must create a critical mass of wagons/containers transporting piecemeal general goods in block trains, in partnership with other logistics players , for a fixed-time, multimodal “full journey” service; and, instead of viewing other modes as competitors, cooperate and partner with them to provide cost-effective, fast and integrated end-to-end services. As he negotiates tight and twisting turns, seasoned IR operators can be expected to rise to the occasion and deliver the nation’s wares, especially when faced with difficult challenges in difficult circumstances. They will make sure the wheel bevels and stays on track. It’s time to look ahead and grab the nettle.