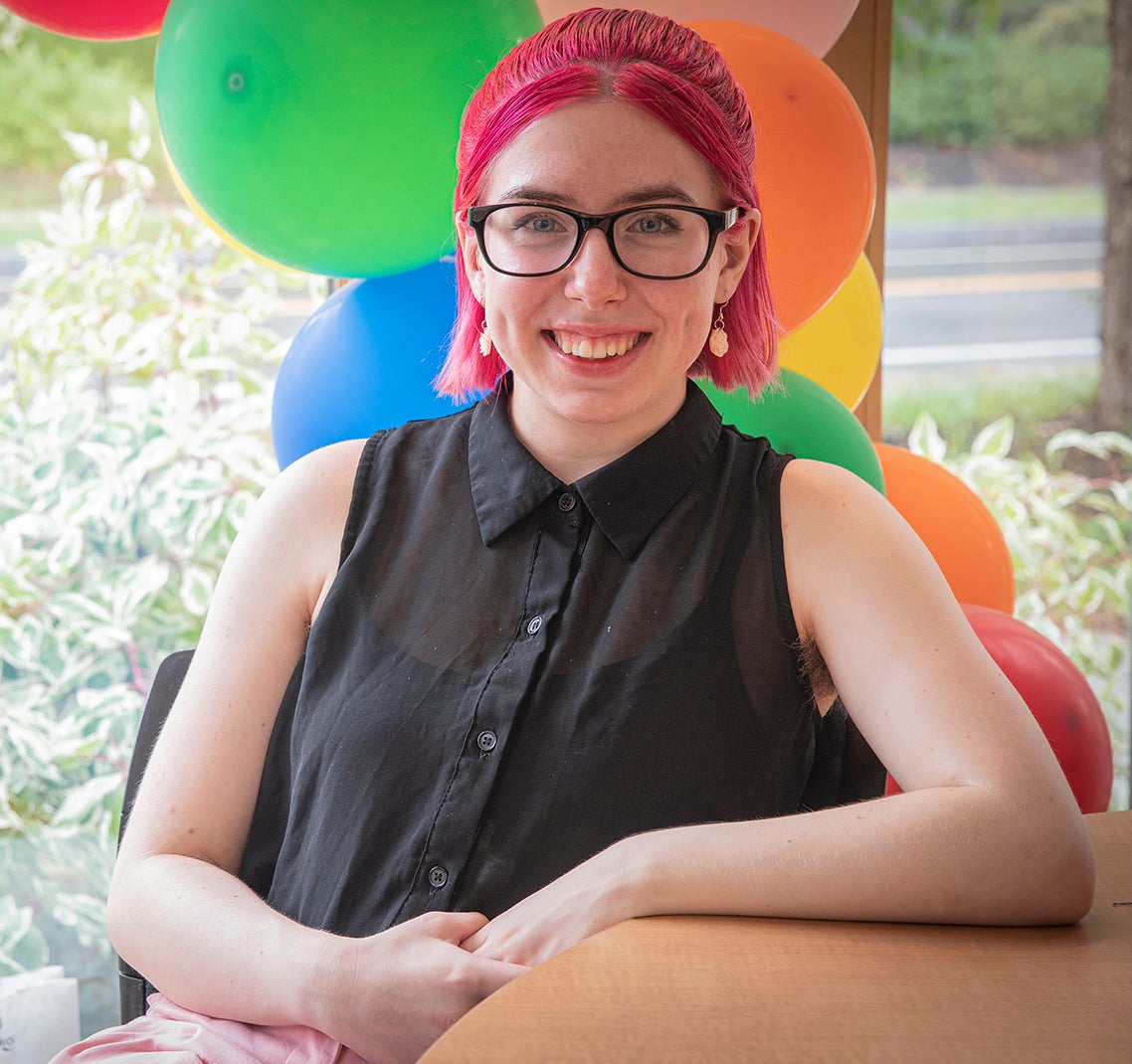 KINGSTON, RI – September 14, 2022 – Katie Riedy, a communication studies major from the University of Rhode Island, has been named among the first 100 recipients of the prestigious Obama-Chesky Voyager Fellowship for Public Service, lending her support to pursue his interests in LGBTQ+ issues.

Former President Barack Obama and Michelle Obama, and Airbnb CEO Brian Chesky, launched the Voyager National Fellowship, which is administered by the Obama Foundation, to help young leaders tackle the world’s greatest challenges. The scholarship is open to students entering their freshman year of college who are interested in a career in public service. And it offers recipients a life-changing set of awards: including up to $50,000 in financial aid for their junior and senior years to help ease the burden of college debt; $10,000 to create their own travel/work experience the summer before their senior year; and a network of academic colleagues and mentors to support them.

“Honestly, when I first saw the email that I got the scholarship, I just sat there shaking for about 30 seconds because I was so excited. It’s really a huge opportunity,” says Riedy, who is minoring in gender and women’s studies and art. “I’m going to be able to graduate without college debt now, connect with other Voyagers, and be able to get a hands-on experience this summer that I am able to design and implement. It gives you a lot of new skills.

Riedy ’24, originally from Allentown, Pennsylvania, and now living in Kingston, has been interested in LGBTQ+ issues and public service since leaving high school. Even as a child, she sought justice and her parents called her “their little advocate” for the way she defended her siblings against discipline.

“It’s definitely the area that interests me the most, especially as a queer woman,” she says. “It’s something that has stuck with me throughout my life. Coming to URI and being part of this community has definitely given me a great direction in my life.

Growing up in a very conservative and religious community made coming out very difficult. A youth leader in her church, she was told she could not lead Bible studies for young people, and members of the congregation stopped talking to her. In 2018, she entered the School of the Art Institute of Chicago. But lacking a support network, she eventually gave up and eventually left home. With nowhere to go, she met a member of the URI Gender and Sexuality Center through a mutual friend and was able to find accommodation while working to raise funds for go back to college.

“My dad got a little bit together. But there was a lot of tension with my parents at that time as they were trying to process him,” she says. get out and get here.”

Riedy enrolled at URI in the fall of 2021 and found her community, including the Gender and Sexuality Center, where she volunteered before even enrolling. Although she’s 5ft 0in tall, it’s hard to miss her walking around campus, with her pink hair and distinctive camper style – big earrings, lots of accessories and clothes (some ‘she made herself) mainly in pink, red and black .

“I think self-expression is such an important part of being able to navigate the world,” she says. “I like to walk into a room and be instantly recognizable. But the other side is that I’ve been through so much in life that I don’t see the point in deliberately doing anything that would bring me less. of happiness than anything else.

She enjoys cooking and entertaining, and is an avid reader of essays on feminist theory, queer theory, and philosophy. “I like to think about how the world works and see how all these different structures that we have connect to who we are,” she says.

On the Dean’s List each semester, she has a 3.93 GPA and has been a leader on campus on LGBTQ+ issues. As a member of the trans inclusion committee, she has worked on issues such as inclusive bathrooms and inclusive curriculum.

“We want to make sure that every student at URI, at some point in their normal curriculum, is exposed to LGBTQ+ issues,” she says. “I think that’s one of the big problems. If you are never exposed to these issues, how are you going to be able to respond appropriately when you have a colleague or employee who is queer? Also, if gay students see this in their curriculum, they will feel accepted and included. And they will learn more about themselves.

At the Gender and Sexuality Center, which provides support to URI’s LGBTQ+ community, Riedy is the event planning and education specialist, helping with large-scale events such as the Big Gay Picnic and providing education and outreach as a safe zone facilitator. She is also a host of Gal Pals, the center’s discussion group on LGBTQ+ women’s issues.

“Katie works tirelessly,” says Annie Russell, director of the centre. “I know I can count on Katie as a staff member. She is insightful, dedicated, thorough and creative in her approach to work, and these traits are among the many that have earned her this scholarship.

Along with Russell, who inspired her to major in communications, Riedy also found a mentor in Kathleen McIntyre, assistant professor of gender and women’s studies. “I love working with her,” says Riedy. “She certainly taught me a lot in my classes.”

McIntyre, who suggested Riedy apply for the Voyager Fellowship, says Riedy is a star student on many fronts – a skilled writer and researcher, and a great speaker who is eager to hear others’ opinions. . And she takes every project to the next level.

“This scholarship is an incredible opportunity for someone who is interested in leadership, who wants to build community, and who cares about political issues nationally and internationally,” says McIntyre. “Katie wants to go to other places and work with transgender communities and make sure they’re visible and included. I thought she’d be awesome. She’s such a leader on campus already; she needs support. a bigger room.

For her summer Voyager experience, Riedy is evaluating several ways to work with LGBTQ+ youth who face major barriers.

Florida and Texas have adopted anti-transgender measures such as restricting treatments that support a person’s gender identity or preventing teachers from even discussing LGBTQ+ issues in the classroom. Working with an established group, or even on her own, she hopes to set up education programs for transgender youth in either state.

Or she can volunteer with an organization working to reduce LGBTQ+ youth homelessness. According to the government’s youth.gov website, about 20 to 40 percent of homeless youth are LGBTQ+, she says.

After graduating from college, Riedy’s dream career would be to run a women’s center or a gender and sexuality center on a college campus.

“I would love to do what Annie Russell does,” she says. “College is such an important transitional stage in young people’s lives, especially for LGBTQ+ students, who often need extra support as they discover their identity or begin to express themselves in college. It really is a place where you can either fail or rise to the top.

History of abuse linked to worsening of menopausal symptoms