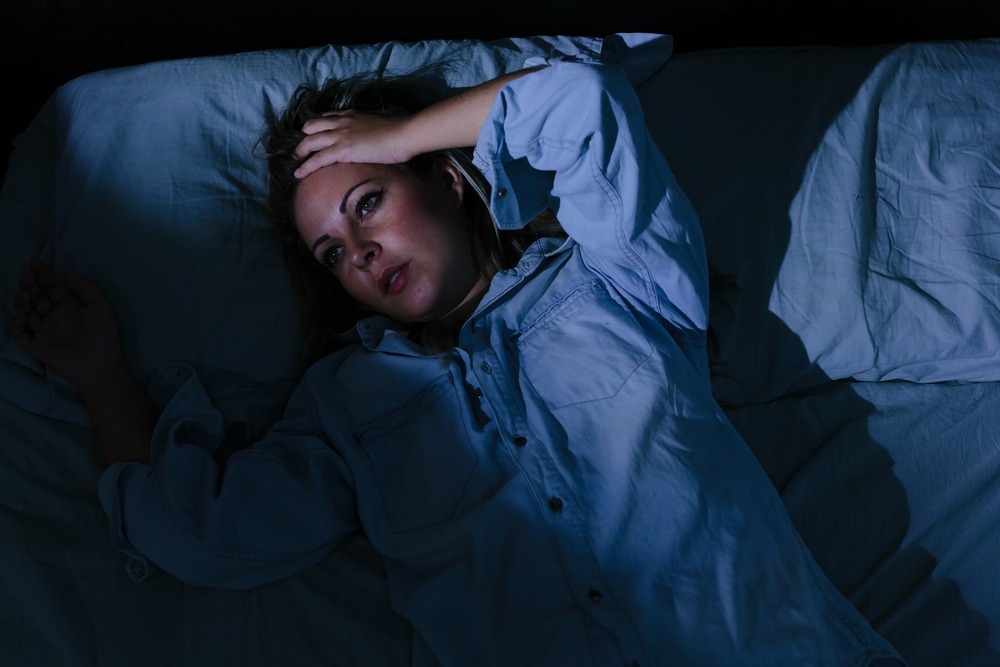 What causes insomnia and how to treat it?

Insomnia, which is characterized by difficulty sleeping, is a common health problem that leads to distress and dissatisfaction with the quality and quantity of sleep. Insomnia is different from intentional sleep deprivation because people with insomnia not only want to sleep, but may even try to force sleep.

Recent estimates indicate that between 10-20% of people with insomnia also have underlying psychosocial, medical, psychiatric and sleep disorders. Daytime functioning is affected by both short-term and long-term insomnia, while chronic insomnia can have serious health and social implications.

A new article in the North America Medical Clinics journal by Eliza L. Sutton MD, University of Washington Department of Medicine evaluates symptoms of insomnia and its treatment as reported by patients in primary care settings.

Insomnia is classified according to its pattern and duration during the night.

Acute insomnia can be treated by addressing the factors that cause it or by taking sedative-hypnotic drugs to prevent the development of chronic insomnia. Comparatively, chronic insomnia can lead to dysfunctional beliefs about sleep, including helplessness, hopelessness, and fear of the outcome of sleep loss.

Insomnia can also be categorized into three types, depending on when it appears. These include sleep onset insomnia, sleep maintenance insomnia, and terminal insomnia.

Pathophysiology of insomnia and sleep

Sleep consists of two physiological states, which include rapid eye movement (REM) sleep and non-REM (NREM) sleep. During REM and NREM sleep, the body and the brain behave in distinct ways. For example, NREM consists of four stages, where stages 3 and 4 are deeper and known as “slow wave” sleep.

Sleep disorders in which a person is partially awake from deep sleep or REM sleep to a lighter stage of sleep, or to a brief awakening, may present as disturbed sleep (insomnia) or non-restorative sleep.

Wakefulness and sleep states are under homeostatic and circadian control. The internal clock, which governs the circadian rhythm of sleep and wake cycles, can be influenced by genetic and environmental factors. For example, an increase in the time elapsed since last sleep increases the homeostatic drive, while the refreshing quality of sleep decreases it.

The daily pattern of fatigue and alertness, also known as the “chronotype”, is determined by many genes with polymorphisms. An individual’s chronotype fluctuates through childhood and adolescence until it finally stabilizes at age 25.

Insomnia can be caused by the influence of wake-promoting factors hours before sleep. These may include exposure to bright light, upright body position, caffeine consumption, or performing a mentally stimulating activity. Additionally, insomnia can result from forced sleep, which can backfire and, conversely, lead to wakefulness.

Sleep disturbances that present as insomnia

Little information remains on why insomnia presents as a symptom of other health problems. Some common sleep disorders that often present as insomnia include restless leg syndrome (RLS), circadian rhythm disorders, and sleep apnea.

RLS is a common disorder with a prevalence of around 10%. This condition is most commonly seen in older people, women, during pregnancy, and people with chronic illnesses.

Circadian rhythm disorders are characterized by occasional feelings of drowsiness during the 24-hour day and being too awake at other times of the day that do not fit the social norm.

Obstructive sleep apnea (OSA) can present as insomnia due to brief periods of wakefulness between sleeps. OSAS can also coexist with certain types of insomnia, such as psychophysiological insomnia.

Understanding a patient’s medical history is important for the assessment of insomnia. Questionnaires regarding insomnia severity, OSA risk, RLS, and chronotype are commonly used in sleep medicine research and practice. Characteristic features of RLS, circadian rhythm disorder, and sleep apnea should also be considered.

Lab work, a physical exam, and sleep tests aren’t particularly helpful in evaluating insomnia. However, in some cases, polysomnography (PSG) may be useful in the assessment of insomnia, such as when PLMS or sleep apnea is suspected or when patients have a history of circadian rhythm disorder.

Pharmacotherapy of insomnia is based on 2 general approaches: stimulating a system promoting sleep (via the GABAA or melatonin receptors) or suppressing one or more systems promoting wakefulness (in particular via the receptors for histamine, acetylcholine and/or serotonin).

Ramelteon is a melatonin receptor agonist that has received US Food and Drug Administration (FDA) approval for the treatment of insomnia. Benzodiazepine (BDZ) receptor agonists, also known as Z-drugs, are also useful in the management of acute and chronic insomnia.

Sleep hygiene is an important non-pharmacological intervention that can help people with insomnia. Cognitive-behavioral therapy for insomnia (CBT-I) has also been shown to be effective for people with comorbid insomnia, primary insomnia, and conditioned insomnia. In fact, CBT-I is more effective than sleep meditation and relaxation therapy.

Insomnia is a widespread disorder that affects people all over the world. The severity of this condition differs from person to person and most often appears alongside other medical conditions and in older people.

The patient’s medical history, as well as the existence of any other sleep disorders, must be accurately assessed to conclusively diagnose a patient with insomnia. The two most common approaches to treating insomnia are maintaining sleep hygiene and sedating medications. Certain lifestyle changes can also prevent chronic cases of insomnia.

After Boris: the leadership race has begun