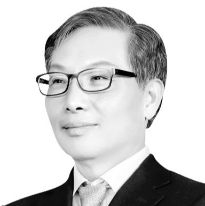 Why Korea must join the Chip 4

Choi Byung Il
The author, professor of economics at the Graduate School of International Studies at Ewha Womans University, is president of the Korea Foundation for Advanced Studies.

As summer passes, the winds herald a change of season. A summer of sizzling heat waves and showers is about to give way to fall. But let’s go back to the beginning of this summer. At the NATO summit in Madrid in June, an unexpected list of countries emerged – Sweden and Finland applied for NATO membership after ending their military neutrality, and South Korea , Japan, Australia and New Zealand as guests.

What did the participation of the Pacific nations in the collective security system of the North Atlantic Treaty States mean? The Asian countries invited to the Madrid summit share two common characteristics: they are free democracies and traditional allies of the United States. In the presence of the Nordic and Pacific countries, NATO defined China as a “challenge” for the first time. To the rest of the world, NATO said China openly crossed a red line by not criticizing Russia’s invasion of Ukraine and turning a blind eye to the criminal act of robbing a sovereign neighbor of its territory with the armed forces.

NATO’s new strategic concept is helping to cloud China’s calculations. At the height of the tension between Donald Trump and Xi Jinping, China was comfortable with a “world divided into three”. Beijing thought the game was worth a try as long as Europe did not fully side with the United States, even if Washington raised tariffs on China and directly confronted Chinese companies. China might think so for two reasons: its persistent efforts to divide Europe and Trump’s unilateralism. Since 2012, China has made great efforts to improve relations with 16 Central and Eastern European countries, including Hungary, Poland and the Czech Republic.

By launching the “16 plus one” summit, China ensured the rationale for investment in logistics, infrastructure and energy. As Chinese investment increased in these countries, China’s shadow grew in Europe. A structure where the European Union could not simply encourage Trump America to pressure China through trade was created. Worse still, Trump chose to sour US relations with Europe with crude rhetoric rather than seek cooperation from Germany and France. As a result, China could play a protracted war with the United States as long as Europe sits on its hands – even if the US-China trade war escalates into a war for global hegemony.

Vladimir Putin’s invasion of Ukraine and China’s rapprochement with Russia forced Europe to get rid of China after riding the fence. As a result, China’s ambition to take America’s place in Asia through a hegemonic contest – and settle with a tripolar world – has run into a problem. History will remember the summit in Madrid. It will also record that South Korea, which has emerged as a new trading power in the 21st century, was there at the time. At this historic moment, a senior Korean government official stressed the need to find alternative markets to China. “An era of China’s market boom is coming to an end,” he confessed.

Is the era of dependence on America for security and China for trade coming to an end? A senior official publicly mentioning the end of these dual relations is the first of its kind since the Sino-American competition gained ground. China remains Korea’s largest trading partner. Does the official’s remarks signify a dramatic turn for Korea’s strategy? 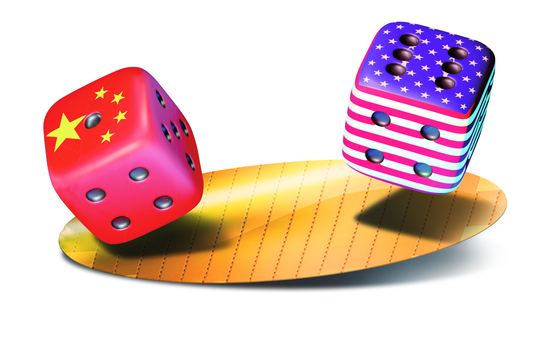 Dependence on the United States for security and dependence on China for trade were possible when Sino-American relations were not so bad. After establishing diplomatic relations with China in 1972, the United States brought the country into the US-led international order because it wanted to see China change. But America’s hopes of a transition in China to global standards if it lifted itself out of poverty and developed its economy have been dashed. After China became the second largest economy ahead of Japan and Germany, the world was eagerly waiting for China to become a responsible country.

Over time, however, it became clear that China was dreaming of a different dream after becoming a member of the G2. After the United States realized this and clamped down on China’s rise in its own right, it had ramifications for a number of countries using similar dual paradigms of security and trade, including South Korea. If government officials believe double standards still work, either they’re living in a different time or they’re delusional. At the center of the dichotomous paradigm that has begun to break down are semiconductors, a mainstay of Korea’s economy.

The Korean Economic Association held a policy symposium in Gangneung this weekend. The key issue in Korea’s trade policy debate was a vague notion called the Chip 4 alliance. After the United States proposed to build a semiconductor supply chain with Korea, Japan and Taiwan, the Korean media were busy predicting retaliation from China. Under such circumstances, China pointed the finger at Korea and warned against joining the anti-China front.

Trade experts who took part in the debate expressed concern and dissatisfaction with the preparation of China’s warning. And they shared their views on the situation. First, an advisory body will be launched to ensure the elasticity of the American-led chip supply chain. With its leadership in semiconductor technology and equipment, the United States has asked Korea, Japan and Taiwan – with their strengths in materials and chip manufacturing – to join the front. Whether the channel will evolve into an alliance — and which countries will eventually join — is yet to be determined. The scope of programs such as R&D and manpower will likely be expanded. A meeting for these discussions will take place by the end of the summer. This was confirmed by trade experts at this symposium.

After being elected president, Joe Biden directed his aides to find ways to reduce America’s dependence on China for major commodities. After the China-US contest accelerated amid the pandemic, chips, batteries, medical products and rare-earth minerals have all become core strategic materials. A tech alliance between the democracies was destined to form when a report urging America to rebuild supply networks with its allies to reduce America’s reliance on China for commodities was placed on Biden’s desk in the Oval Office.

There is no need to worry in advance about retaliation from China. If Chip 4 evolves into an alliance, the allies will collectively respond to outside retaliation and provocation. Regardless of how Chips 4 develops, you don’t have to hide the goal of collectively managing China-related risks. Instead, it will be desirable for members to precisely convey their intention to China so that Beijing can try to reduce the risk on its own. Under the dual paradigm of security and trade with China, many countries have had to ignore — or endure — China’s technology theft, arbitrary discrimination and unfair practices. This situation has changed. Bullet 4 could be the start. A chip alliance including Europe is also possible.

It is wise for the government to prepare measures to deal with American retaliation as well as that of China. The recent Chip Bill that was passed by the US Congress prohibits foreign companies from investing or expanding their production facilities in China for 10 years if they receive US subsidies. This poses a dilemma for Korean companies that have invested heavily – or will invest – in both America and China. The same goes for Taiwan, the undisputed leader in system chips.

Could we solve the risks of China and America without joining Chip 4? If Korea allows other countries to set the rules without its participation, it will miss an opportunity to highlight its strengths or compensate for its weaknesses. Semiconductors are Korea’s main industry. Building a stable and elastic supply chain in the post-Cold War era is not a job for the United States, but a hopeless task for Korea’s survival and prosperity. Technology theft, human resource theft and export bans that threaten the stability of supplies endanger our economic security. Chip 4 can provide a valuable chance to declare a common front against the move. As summer draws to a close, a new wind is blowing.
Translation by Korea JoongAng Daily staff.