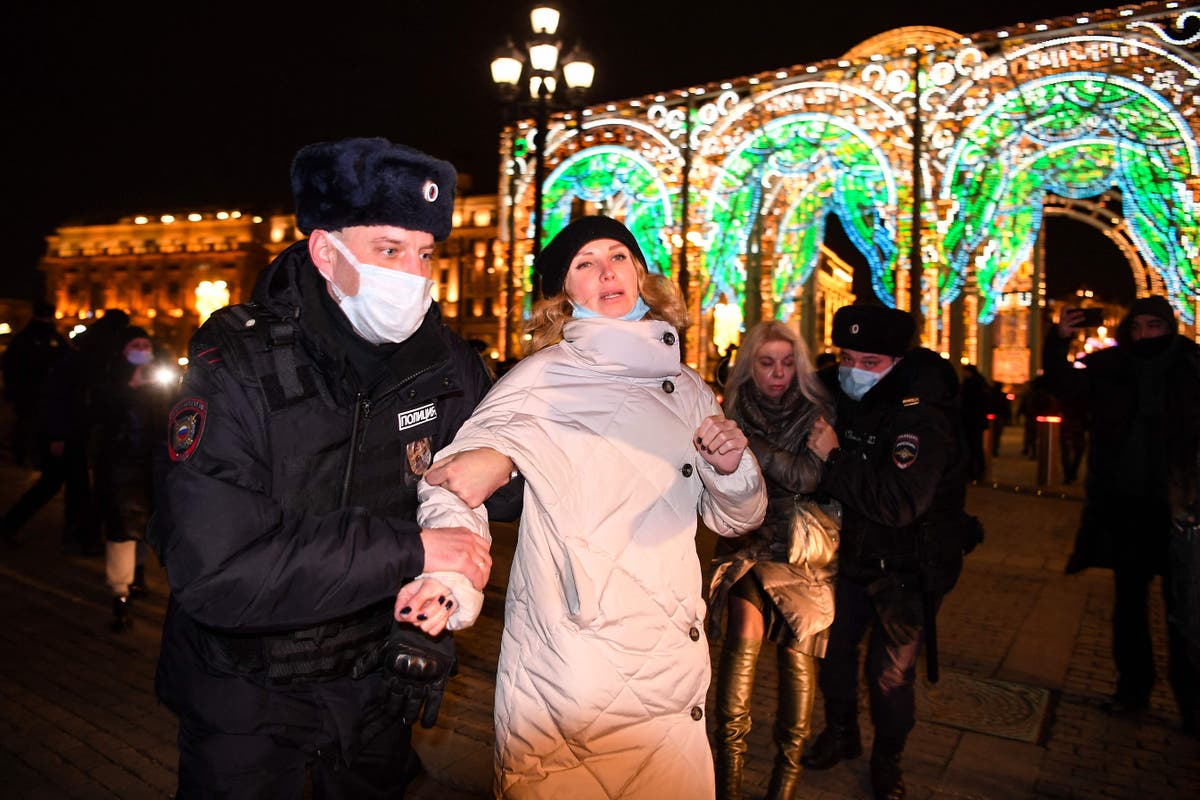 Will Vladimir Putin impose martial law in Russia and what does it mean?

Ladimir Putin is about to impose martial law in Russia – plunging the country further into authoritarianism.

The introduction of martial law will allow for a further crackdown on dissent, a free press and human rights as the Russian president seeks to control the Ukraine invasion narrative.

Some 7,000 Russian protesters have already been arrested after demonstrating against military aggression in Ukraine, which has reportedly killed more than 2,000 civilians since last Friday.

EU officials fear Mr Putin could announce martial law during a session of the Russian parliament on Friday afternoon – allowing him to suspend civil liberties entirely. The Kremlin denied this information on Thursday.

What is Martial Law?

Under the Russian constitution, martial law can be imposed when the country is threatened with attack.

This means that the normal administration of government functions is taken over by the armed forces and the ordinary rule of law is temporarily postponed.

Mr. Putin’s decision could be preceded by a “false flag” missile attack from inside Ukraine, which would allow him to impose the law on the pretext that his country faces imminent danger.

European officials said on Thursday that the imposition of martial law was “something we are aware of and worry about”.

What would martial law allow Putin to do?

Passing the law would give Mr Putin extraordinary powers, including the ability to close the country’s borders, intern all foreigners and control the food supply.

The Kremlin would also be able to further tighten media censorship, with military commanders in control of what can and cannot be printed and broadcast.

It would give Moscow the power to completely shut down the internet as well as social media apps, which are used by anti-Kremlin protesters to spread information and publicize the protests.

Mikhailo Podolyak, an adviser to Ukrainian President Volodymyr Zelensky, said Wednesday that martial law would mean “a complete ban on all gatherings, disconnection from the outside world and large-scale food and financial restrictions”.

How did the Russians react?

Some considered leaving the country before the introduction of martial law and the closing of borders.

A Russian, who returned to Moscow from Western Europe about a year ago, told Reuters he had bought a flight to Istanbul for the weekend, adding that he may no longer be possible to live in Moscow.

“I’m afraid the mobilization will be launched tomorrow and I won’t be able to fly,” said the 29-year-old, who asked to remain anonymous.

“In my worst nightmares, I couldn’t have dreamed of such hell when I came back a year ago.”

Evidence of a possible emigration rush can be seen in airfare prices, which have jumped since Russia closed its airspace to airlines from the EU and many other countries in response to the Western sanctions.

Two popular options for Russians fleeing Mr. Putin’s regime are Georgia and Armenia, as they do not need visas to live and work.

What did the Kremlin say?

Kremlin spokesman Dmitry Peskov told reporters on Thursday that the martial law rumors were “a hoax”.

“These are just pranks posted on social media, which citizens send to each other,” he said.

“You have to be very careful with the information and not fall victim to rumors and fakes.”

In Brazil, volunteers work to improve the lives of Venezuelan immigrants