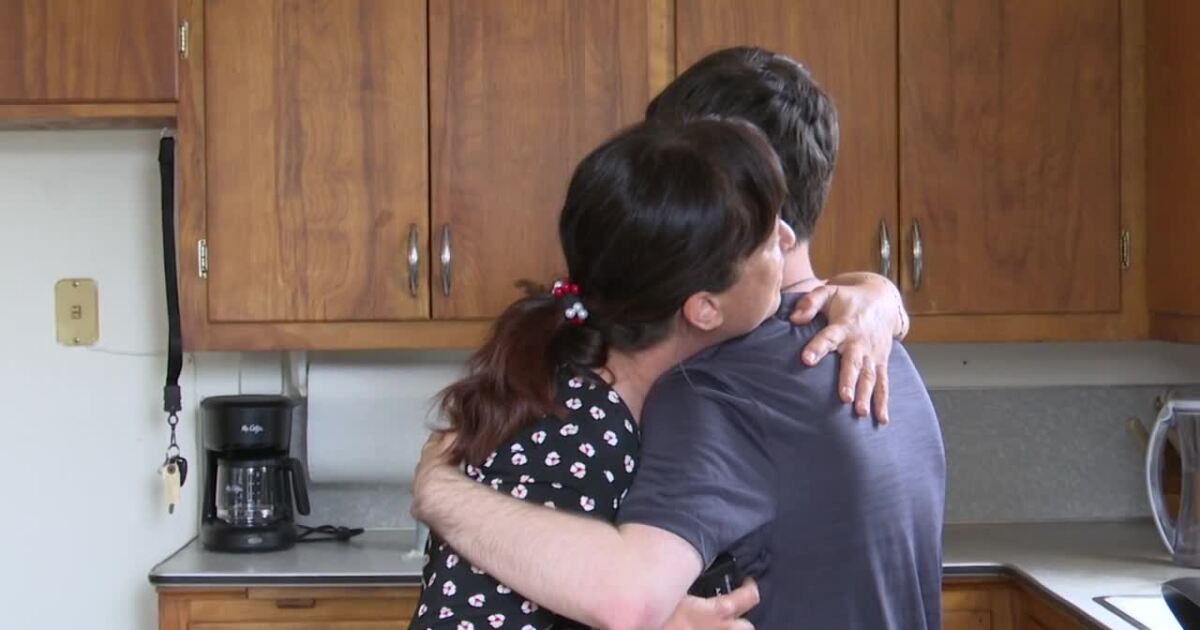 Woman returns to Menomonee Falls after rescuing son from Ukraine

MENOMONEE FALLS – This week marks more than 100 days since Russia invaded Ukraine in war. While many fled, a woman from Menomonee Falls chose to go into the line of fire to save her son.

Nataliya Gissbl feels a sense of peace she hasn’t seen felt since before the war.

“Now I can inhale and exhale, it’s a bit easier because he’s there,” Gissbl said.

Her 19-year-old son, Nils, had studied in Ukraine, their native country, at medical school. When war broke out, he immediately started helping wounded Ukrainian soldiers and was unable to flee, but as conditions worsened, his mother was determined to bring him home.

“I went to Ukraine and had only one task in mind to help my son and bring him home,” Gissbl said.

Gissbl packed her bags, flew to Poland and was able to cross the border.

“I couldn’t even speak, I was so shocked I saw my son. He was alive, he was sitting in a basement with his grandma and her friend, so I just took them and we went to western ukraine border and they stayed in western ukraine and i took my son and we went to poland it was a big challenge i saw shooting, shelling , I saw a big plane flying overhead trying to bomb and I saw people who needed a lot of help.”

Her son Nils is now leading a new life in Menomonee Falls.

“He is traumatized and shocked. I am happy that he is in a safe place like the United States and coming from here, I hope he can continue his education, he can go to university because it’s his dream to be a doctor.”

Report a typo or error // Submit a news tip