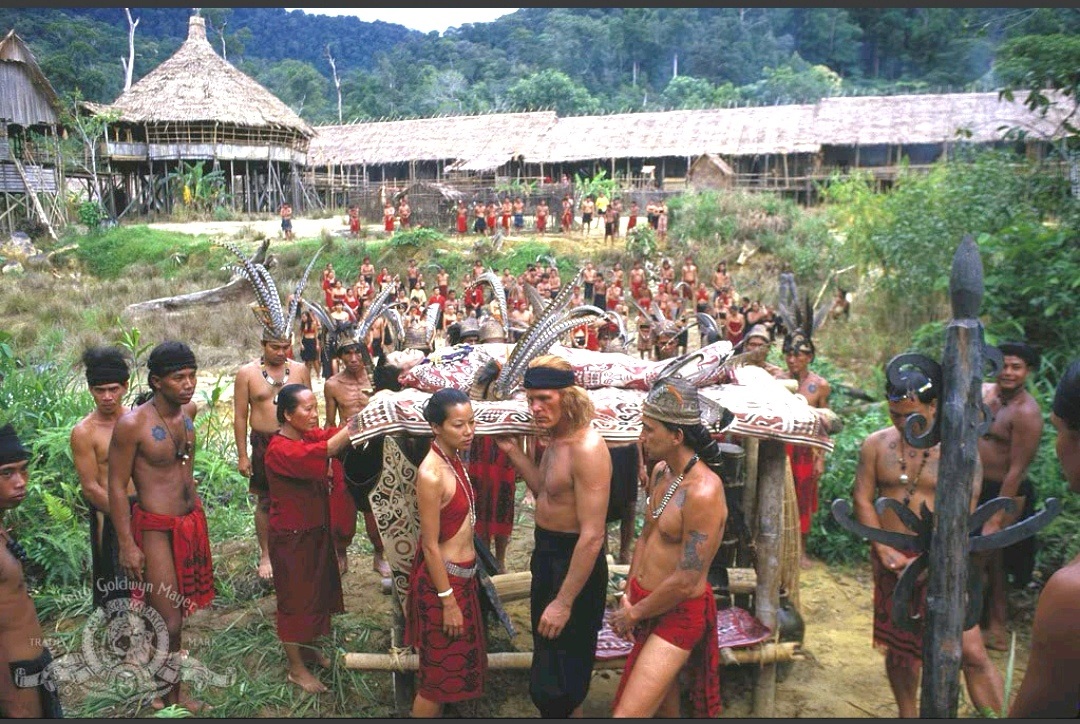 Yes, Abang Jo, we can have our own “Winter Sonata”!

Director John Milius in front of the set of the 1987 Matang Longhouse “Farewell to the King”.

DURING the speech given last weekend by Chief Minister of Sarawak Datuk Patinggi Tan Sri Abang Johari Tun Openg at the launch of the Gabungan Sarawak Party (GPS) Electoral Mechanism at the Pesaka Bumiputera Bersatu (PBB) Party Headquarters in Jalan Bako in Kuching, he nostalgically proclaimed his personal wish to see Sarawak “produce films and television shows of the same value as South Korea’s” Winter Sonata “and Thailand’s” Love Destiny “.

Abang Jo, as he is popularly known, said he had high hopes that future films and TV series produced in Sarawak could impact the state’s tourism in the same way as the highly successful Korean series. and globally popular had done it for South Korea.

According to him, â€œWinter Sonataâ€ has, in fact, raised the name and image of the country significantly to the point that they also have a huge fan base in Japan.

I would go on to say that before the Covid-19 pandemic hit us before March 2020, the thrills of the Korean TV series (â€œWinter Sonataâ€ were followed by many other similar Korean dramas) had alone been responsible for the launching a plethora of bespoke- made travel packages and tours organized by our own local travel agencies which had successfully sold them to local fans and followers of these Korean TV series, along with the other attractions offered by South Korea – the myriad of tourist attractions, resorts, food tours and other seasonal offerings.

I had my own humble beginnings in the local film industry when I became personal assistant to Ralph Marshall of Jemima Films, which was owned by Gopala Krishnan, the pioneering film-producing brother of Malaysian billionaire Ananda Krishnan. It was in March 1987 and it was the start of my very long film career. We started with an international Hollywood feature film, Orion Pictures, with a film produced by famous Bruce Lee related producer Andre Morgan and “Godfather” related co-producer Al Ruddy.

The director was John Milius, who had successfully co-scripted â€œApocalpyse Nowâ€ and was released from the super hit â€œConan the Barbarianâ€; the star was Nick Nolte, who in 1992 was named “the sexiest man in the world” by People magazine!

Yes – humble beginnings indeed! It took me many years to figure out what makes the industry work, and I’m still learning the ropes today.

I remember organizing the whole cast of actors and stars to attend a big welcome dinner in the mansion of the then Chief Minister, now our TYT Tun Pehin Sri Abdul Taib Mahmud, in Petra Jaya, with the full ‘who’s who’ list of public and private sector VVIPs.

Many visits also from many dignitaries on our film sets during filming and requests for meetings with the stars. We had to have strict security on and around our main film set, which was at the foot of Gunong Serapi, and the road to Matang and its surroundings was often blocked for our filming.

The biggest logistical nightmares were the scenes shot in and around bustling urban areas, especially on the grounds of the Old Sarawak Museum, Chung Hua No 1 Primary School in Park Lane, the hanging scene in Fort Margherita, the scene of the Japanese battle bridge at Taman Malihah in Matang, the scene of the prisoners at the oyster research farm, and others.

Since the movie itself was a period piece, we had to build and build all of our movie sets from scratch and these locations were searched and found outside of Kuching City. The main set of the longhouse and the â€œbarukâ€ was built at the foot of Mount Serapi and took us over four months; it had collapsed earlier due to an abnormal thunderstorm and extreme precipitation, and had to be rebuilt a second time.

We also encountered a lot of manpower issues, especially from the local team and had a number of accidents on set. It was a nightmare bringing together film crews from all over the world, actors from the United States, Europe, Australia, stuntmen from Hong Kong and Kuala Lumpur, artisans and craftsmen from Sri Lanka and India, and even a world famous actor whose passport was not accepted by Malaysia!

The Armed Forces and the Royal Malaysian Police (PDRM) have greatly assisted us with all imports and re-exports of armory, artillery and explosives, whether real or fake.

Eventually, when filming was completed in late 1987, the longhouse set was donated and handed over to the Boy Scouts of Sarawak, who had wanted it for their future promotional purposes. The original idea was that if the film were to hit big and achieve worldwide success, it would create a demand for moviegoers and tourists to come and visit the original film in the future.

A crowd scene with Nick Nolte and extras on the set of the main compound set, now the home of the Boy Scouts, since neglected.

The famous film as a tourist attraction gadget began after the film “Bridge over the River Kwai” won the 1958 Oscar for “Best Picture”. The location of the â€œreelâ€ bridge was in Kitulgala, Sri Lanka, 60 km southwest of Kandy, and tourists started heading to the location just to see the famous bridge!

However, the real bridge is still standing today in Kanchanaburi, Thailand – standing majestically at the edge of the Thai jungle!

We can therefore say that the two countries have benefited from the after-effects of the â€œRiver Kwaiâ€!

A little note about bridges – we built two bridges for the movie â€œFarewell to the King; one, a short bamboo bridge crossing the ‘Ang Kio’ (Red Bridge) stream in Matang; and another much longer and stronger across the river at Malihah, also at Matang.

The bamboo one was “chewed” by Nolte in the film, and the Malihah bridge was blown up (with real explosives) by British forces with fallen Japanese soldiers.

Let’s go back to our Prime Minister’s recent wish: yes, we have the local talent to be able, in theory, to produce, create and even succeed in our still-nascent film industry.

I know we have the creative minds – from the writers to the animators, the camera, the sound, the lighting to the other teams – many of whom don’t currently find enough work here and are now working elsewhere, mostly on the continent.

We need to improve and upgrade all the available facilities that we have – our studios for the big film sets, and if the government is ready to listen to the industry and listen to their many suggestions, proposals and of course grouses, we can get a great start to a great relationship.

The immediate problem that I know and can amplify on behalf of the industry is that it is virtually impossible to find funding – there are no revolving funds available, no financial institutions, no business entities. or other private investors who are interested in getting their money to invest in a commercial film or television series.

Until the government, through one of its agencies, can set up its own government-linked unit to help and assist the current group of filmmakers and the creative pool of talent still working in Sarawak , I can’t see the film industry developing. at all.

We cannot depend solely on the National Film Development Corporation of Malaysia (Finas), or any other federal agency – we have to take care of ourselves.

I sincerely hope that one day in the not too distant future, our dear CM, Abang Jo, can indeed stand up from the podium in a dark cinema somewhere in Kuching and announce the world premiere of a feature film or film. a mini-series, which was produced entirely in Sarawak – a feat we can all be proud of.

Something truly â€œMade in Sarawakâ€! Let’s show the world that we can!

People who meditate regularly say they are better focused, sleep better, and love life too!